On Trolls and Nuclear Signaling: Strategic Stability in the Age of Memes 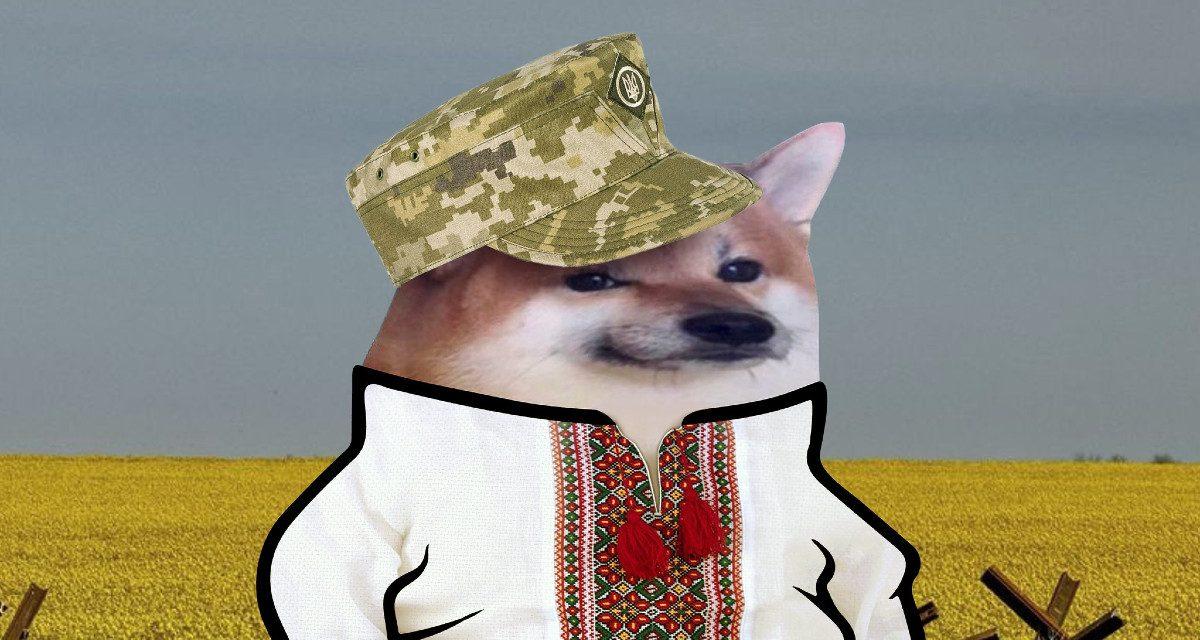 A key feature of the war in Ukraine salient to most Western observers is the memes being generated and spread at the expense of Russia’s failing so-called special operation. In August an image of a Ukrainian self-propelled howitzer adorned with anthropomorphic Shiba Inus of the North Atlantic Fellas Organization (NAFO) emerged online. Spelled across the tube in block letters was “SUPERBONKER 9000.” The absurdist humor employed by NAFO rings appropriate to ridicule Putin’s absurd and cruel war. Russia, known to formally employ internet trolls of its own, cannot directly engage NAFO ridicule without elevating the notoriety of the NAFO project.

Shortly thereafter a Twitter user and alleged NAFO affiliate shared a Shiba Inu version of Ukrainian Minister of Defence Oleksii Reznikov holding a shield and a HIMARS vehicle. Reznikov’s official Twitter account replied with “Thank You!” and later tweeted a photo of him in a NAFO shirt and cap to express appreciation for NAFO financial support and countering Russian propaganda. Russian state-controlled media outlet RT later accused NAFO of harassing and silencing pro-Russian voices online. For an online community like NAFO, hostile mention from an official propaganda outlet of its target is evidence its ridicule is achieving the desired effect.

In July 2022, prior to a series of senior US lawmaker visits to Taipei, Hu Xijin, a Chinese columnist with the state media outlet the Global Times released a statement on his personal Twitter account. “If US fighter jets escort [US Speaker of the House Nancy] Pelosi’s plane into Taiwan, it is invasion,” he tweeted, before claiming that the Chinese military has the right to fire warning shots at or shoot down the aircraft if necessary. This statement echoed similar sentiment in Mandarin-language social media when the speaker’s trip became public knowledge and then postponed earlier in 2022.

Days later, Chinese Foreign Ministry spokesperson Zhao Lijian held a press conference stating that the Chinese military would not “sit idly by” while US leaders visit Taiwan. When asked by a reporter what military measures would be taken against the US Speaker of the House if she visits Taiwan the spokesperson replied, “If she dares to go, let us wait and see.” The ambiguity of this statement was menacing in the context of Hu Xijin’s claim.

This emerging structure of strategic messaging resembles what Venkatesh Rao calls “The Internet of Beefs.” There now exists a hierarchy of rhetorical combatants online who compete with each other for status as influencers. Champion trolls like NAFO and Hu Xijin derive status from their highly visible antagonism directed against a powerful foe.

In the orbit of these champion “knights” as Rao calls them are mobs of interchangeable serf-like “mooks” mobilized by recreational outrage and snark to spar with ideological opponents of similar status. Mooks hope to signal their virtuous worth as rhetorical combatants to ultimately be elevated in the hierarchy to the level of knight.

This framework predicts that alongside most substantive public engagements on contentious geopolitical issues there will exist performative ones. Meme content shared in NAFO channels like its eponymous subreddit is almost exclusively English language and presumably not intended for Russian audiences. Chinese ultranationalist social media on Weibo and other platforms is likewise almost exclusively Mandarin language. These fora exist to generate content for the entertainment and status of their own members.

Yet even Western national security policy is sometimes explicitly driven by the emotions—like outrage—cultivated in online communities. The #bringbackourgirls campaign of 2014 led to military intervention against the Islamist Boko Haram insurgent group in West Africa. Incredibly, a great power adversary seeking to understand US critical national interests during a time of crisis cannot entirely discount the success of memes as a leading indicator for the direction of US foreign policy.

The stakes are raised considerably when the context is one of deterrence. Nuclear powers today may find that the Cold War–era playbook of nuclear assurance signaling like policymakers directly articulating conflict red lines synchronized with actual nuclear bomber patrols have lost relevance in public discourse. Nuclear conflict no longer ranks in the top ten fears held by most Americans. Years of incessant fearmongering and outrage baiting across the Internet of Beefs is probably in no small part the cause. However, calls for action from angry internet mobs are becoming difficult to ignore. That makes them an attractive messaging channel to exploit if possible.

Virtue-signaling online communities can make bellicose threats and maximalist demands that policymakers cannot without risking credibility. Whether through deliberate government synchronization with meme generators and social media bomb throwers or not, trolls then essentially become bad cops to the policymaker good cops. The angry online mob calls for nuclear escalation within their ideological echo chambers while prudent national leaders claim to be exercising responsible restraint.

This trend seems unlikely to reverse, and will only further muddy the waters of nuclear signaling. Conducting such signaling via online trolls will become a common feature of nuclear brinkmanship tactics. This, then, is the challenge for policymakers and intelligence analysts: de-muddy the waters. It is now an essential task to better understand the hierarchy of online antagonists and their champions to reduce the risk of misinterpreting performative virtue signals as a feature of nuclear messaging. It will not be a simple one.

The views expressed are those of the author and do not reflect the official position of the United States Military Academy, USSTRATCOM, Department of the Army, Defense Intelligence Agency, or Department of Defense.