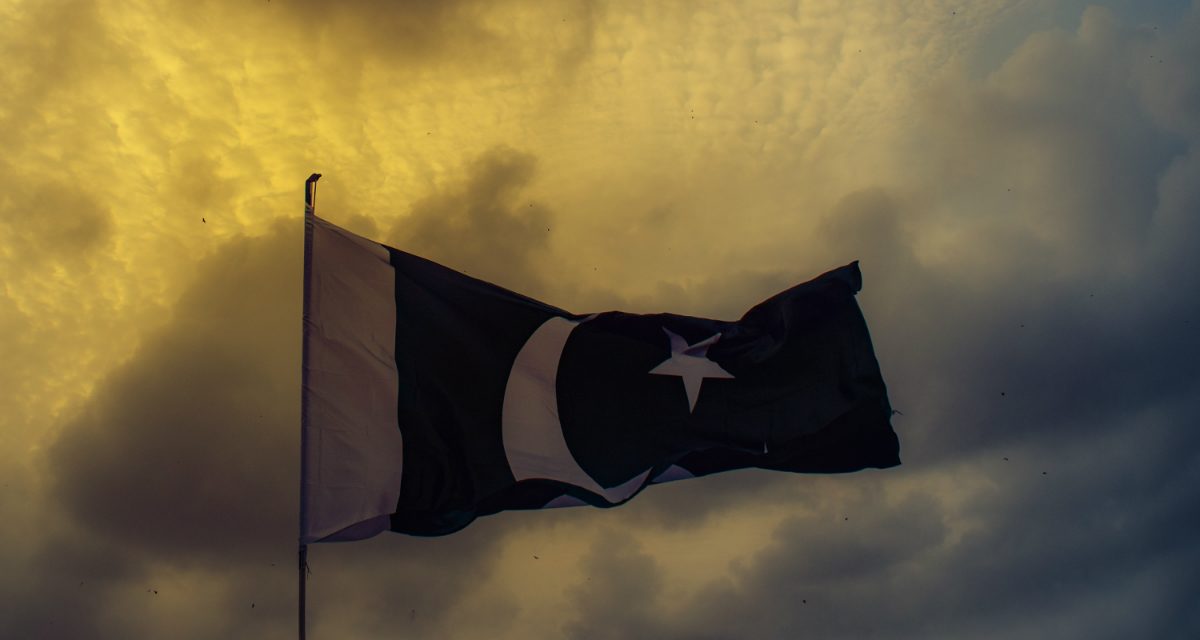 “Certain extremist groups—such as the Taliban and the Haqqani Network—retain freedom of movement in Pakistan.”

“Afghanistan faces a continuing threat from this externally supported insurgency and the highest regional concentration of terrorist groups in the world.”

— Enhancing Security and Stability in Afghanistan,
Department of Defense report, 2017

For any Afghanistan strategy, the gap between theory and practice will remain vast until the full host of resources is employed to prevail upon Pakistan to stop supporting the Haqqani Network and the Taliban. Until Pakistan stops harboring and employing its Islamist proxies against Afghanistan, the key points of US strategy for Afghanistan will remain essentially theoretical, impossible to implement in practice. The three direct quotes above are from the most recent US report on Afghanistan, Enhancing Security and Stability in Afghanistan. The facts they convey, combined with two others—that the Haqqani Network is an integral part of the Taliban and that Pakistan is the external supporter of both—make Pakistan’s role in thwarting US strategy abundantly apparent.

This recent report also declares that “we must see fundamental changes in the way Pakistan deals with terrorist safe-havens in its territory” for the strategy to gain momentum. This same report avows that a key pillar of the new strategy is to hold accountable those states that support proxies who undermine stability in Afghanistan. Withholding funds is a good start, but it is not sufficient to force accountability, nor is it commensurate punishment for years of inimical and insidious actions. Pakistan is the single biggest supporter of Islamist militants that threaten Afghanistan. And yet, despite US pressure, Pakistan has not stopped its support of terrorists and insurgents in Afghanistan in any “fundamental” ways.

Stating that there is a new strategy for Afghanistan does not necessarily mean that there is a viable strategy. During a visit to Afghanistan in December 2017, Vice President Mike Pence told US service members that the current strategy for Afghanistan would ultimately lead to victory. In mid-January 2018, America’s UN ambassador, Nikki Haley, stated that the Afghanistan policy is working, asserting that peace talks are closer than ever before. Yet, just days after the UN ambassador’s sanguine claim of imminent peace, it seems that Pakistan’s favorite proxy, the Taliban’s Haqqani Network, attacked the Kabul Intercontinental Hotel, killing at least forty people. Less than a week after the attack on the hotel, yet again, the Haqqani Network, the Pakistani security establishment’s preferred Islamist terrorist group for exporting mayhem into Afghanistan, murdered over 100 people by detonating an explosive-laden ambulance in a crowded section of Kabul.

Afghanistan is not the graveyard of empires, despite the sobriquet’s frequent appearance, but Pakistan is looking more and more like the graveyard of strategy, America’s and its own. The “graveyard of empires” metaphor is found in many titles but it is a worn-thin trope that belongs in the graveyard of platitudes. Afghanistan, in and of itself, did not bring ruin to the Greeks, the Huns, the Mongols, the British, the Russians, or the Americans. It is untrue that Afghanistan is innately ungovernable. It is governable with the right blend of government and governance that is apt for the demography, topography, and history of Afghanistan. Until now, however, Pakistan’s persistent use of Islamist proxies in Afghanistan to pursue its quixotic notion of strategic depth has killed any strategy or momentum for the US-led coalition in Afghanistan, and also threatens Pakistan, because some of the same Islamist militants that Pakistan cultivated have turned on and attacked Pakistan.

Gen. John Nicholson, commander of US and NATO forces in Afghanistan, has acknowledged that the war is “in a stalemate.” Senior leaders in the US Senate have acknowledged that a stalemate after sixteen-plus years means that we do not have a workable strategy and that we are losing. The explicit recognition in the current US Afghanistan strategy that Pakistan’s support and sanctuary for the Taliban is a major strategic problem should mean that the United States now holds no pretentions about Pakistan’s role vis-à-vis Afghanistan. Pakistan is neither an ally nor a friend; it is the foremost ideological and materiel source of Islamist militants. Sustaining the fiction over the past sixteen-plus years that Pakistan was an ally in the war against Islamist terrorists, one that would really act in ways to help defeat Islamist militants, made America liable in Pakistan’s nocuous double-dealing.

Not doing anything to punish Pakistan’s security establishment for its serial betrayals of the partnership with the United States, and for Pakistan’s refusal to honor its own pledge to counter the very Islamist terrorists that it created, permitted Pakistan’s intelligence service to continue with its treachery. Senior US leaders should continue to be forthright, in public, about Pakistan’s malign influence in Afghanistan and support for the Taliban. Statements like that of Secretary of Defense James Mattis in October before the Senate Armed Services Committee that “Pakistan has a convoluted history with terrorism” fall far short of capturing the real extent of Pakistan’s bent for using Islamist terrorists in Afghanistan and elsewhere.

It is also not entirely helpful to purport tactical and operational measures of performance as strategy or indicators of strategic momentum. The following is another excerpt from the December 2017 DoD report quoted above:

Strikes and raids that kill or capture enemy leaders do disrupt and impede Taliban and Haqqani operations, but their effects are ephemeral. Strikes and raids are not decisive and do not equate to strategic momentum. A policy to win in Afghanistan requires a regional strategy that aligns political will, intellectual capital, and capacity to defeat the enemy’s strategy. This means that for a strategy to be real and vibrant, it must focus on taking away the sine qua non for the Taliban’s sustenance and survival. The material, ideological, and sanctuary support the group enjoys make Pakistan the sine qua non for the Taliban’s survival. Pakistan’s behavior is the reason for the stalemate.

In theory, the US policy is now to continue to work with coalition and Afghan partners in pursuit of a regional strategy to win. War without strategy is violence without purpose, so a real regional strategy is a key requirement for success. A modest increase in American and coalition troops to advise and assist the Afghan security forces is one important aspect of the new strategy for Afghanistan. Though this increase alone will not break the strategic stalemate, it will support the theater commander’s operational design to grow the Afghan Special Security Forces, build the capacity of the Afghan Air Force, and improve the conventional forces by using more advisors with tactical units that fight.

These conditions alone will not bring strategic momentum but they can complement other pieces of a regional strategy that aims to undermine the will and capacity of the enemies of Afghanistan and the coalition. Another new aspect of the current policy is a focus on conditions on the ground, and not rigid timelines, to discern momentum. It is also a positive sign that the stated Afghan policy acknowledges that Pakistan’s support for the Taliban is a major reason for the current state of the war. This is not hyperbole aimed at making Pakistan a patsy for a stalled war. It is an irrefutable fact—one which Pakistan’s leaders and pundits regularly propagate an eloquent narrative to deny.

Pakistan’s proxy Islamists cannot be defeated if strategy is moribund. Since 9/11, the United States has explicitly stipulated that Pakistan must curb all domestic expression of support for terrorism against America and its allies; show a sustained commitment to and make significant efforts towards combating terrorist groups; cease support, including by any elements within the Pakistan military or its intelligence agency, to extremist and terrorist groups; and dismantle terrorist bases of operations in other parts of the country. Elsewhere, I have described a get-tough approach with a menu of eight to ten steps that would essentially take away things of value to Pakistan and impose things that punish Pakistan. Fiscal compensation and diplomacy have not brought a change in conduct. It is time to consider reciprocating with punitive, and even lethal, measures aimed at Pakistan’s institutions that directly work with the Taliban and the Haqqani Network.

Pakistan’s penchant for producing and exporting Islamist militants is deep, ingrained in its strategic culture over seven decades. To envisage any possibility for influencing Pakistan to modify its pernicious strategic calculations demands a regional strategy that incorporates both Pakistan’s fears and its interests. A win is an Afghanistan that does not fragment and is not hospitable to al-Qaeda, the Taliban, or the Islamic State-Khorasan. There will still be poverty and violence, but stability without a continuous threat to Afghanistan’s existence is a win. Success is a relatively stable Afghan state, with the government, the security forces, and the population functioning in relative concert against a marginalized Taliban (or with any of the small number who might be reconciled).

Afghanistan is not the graveyard of empires, although it is true that the country has been more readily invaded than stabilized or pacified. But it is not possible to defeat an insurgency and bring peace to Afghanistan when the Taliban’s sources of strength—the group’s senior leadership, resources, and recruits—remain protected in Pakistan’s sanctuary. Pakistan remains a graveyard for strategy in Afghanistan because its protection and support of the Taliban prevent a winning US strategy in Afghanistan. Until the US-led coalition strategy induces Pakistan to stop mobilizing the Taliban in Pakistan for export and use in Afghanistan, operational forces will continue to face a continuous flow of Taliban into Afghanistan from the sanctuaries of Pakistan. No change in Pakistan’s affinity for Islamists means that strategy is dead. This portends a prolonged stalemate without end. 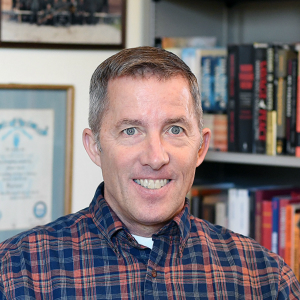 Robert Cassidy, PhD, a retired US Army colonel, is a teaching fellow at Wesleyan University and a senior fellow at the Center for Advanced Defense Studies. His published work includes books and articles about Afghanistan and irregular war. He has served in Afghanistan and Iraq.