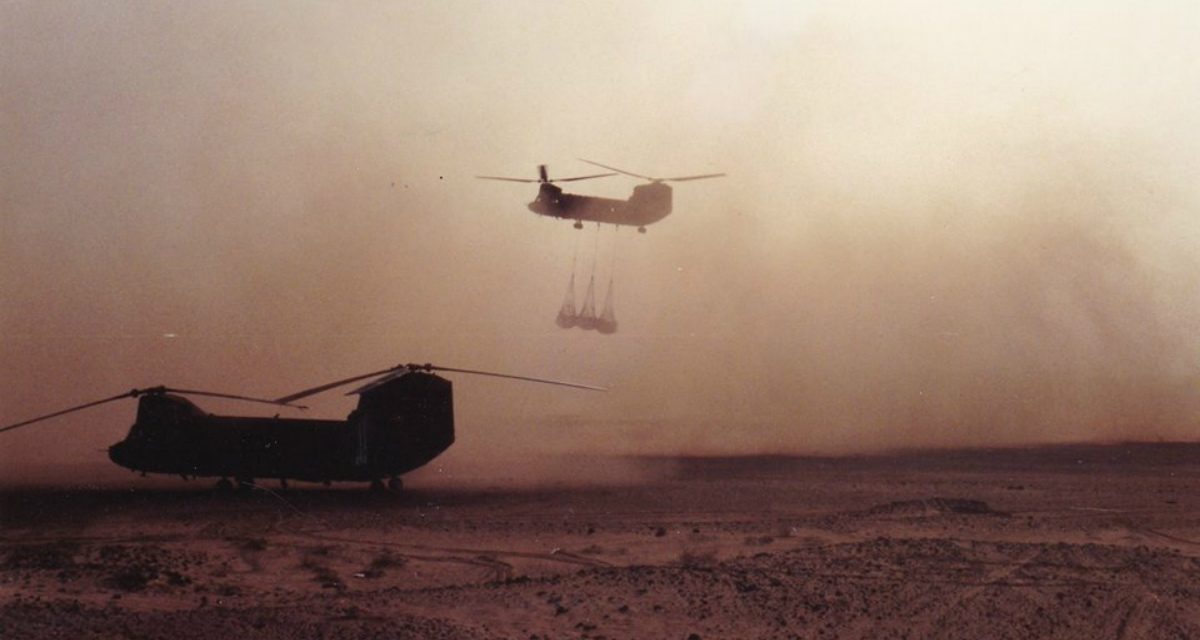 On August 1, 1990, Col. Bill Ostlund was a lieutenant arriving at his first unit as an Army officer. The next day, Saddam Hussein ordered his Iraqi forces to invade Kuwait. Within barely more than a week, his unit received a deployment order, and just a month after that they were en route to Saudi Arabia. While there, they trained. As a platoon leader, Ostlund was responsible for getting the platoon ready for the mission that would come in January 1991: a battalion air assault mission into Iraq.

In this episode of The Spear, Ostlund recounts his experiences as a junior leader—what it was like to get the deployment order, to be responsible for training his platoon in advance of the mission they knew was coming, and to lead his soldiers. He also reflects back on a number of lessons he learned that he would carry with him through his career as an Army officer.