Podcast: The Spear – Inside the Battle for Mosul 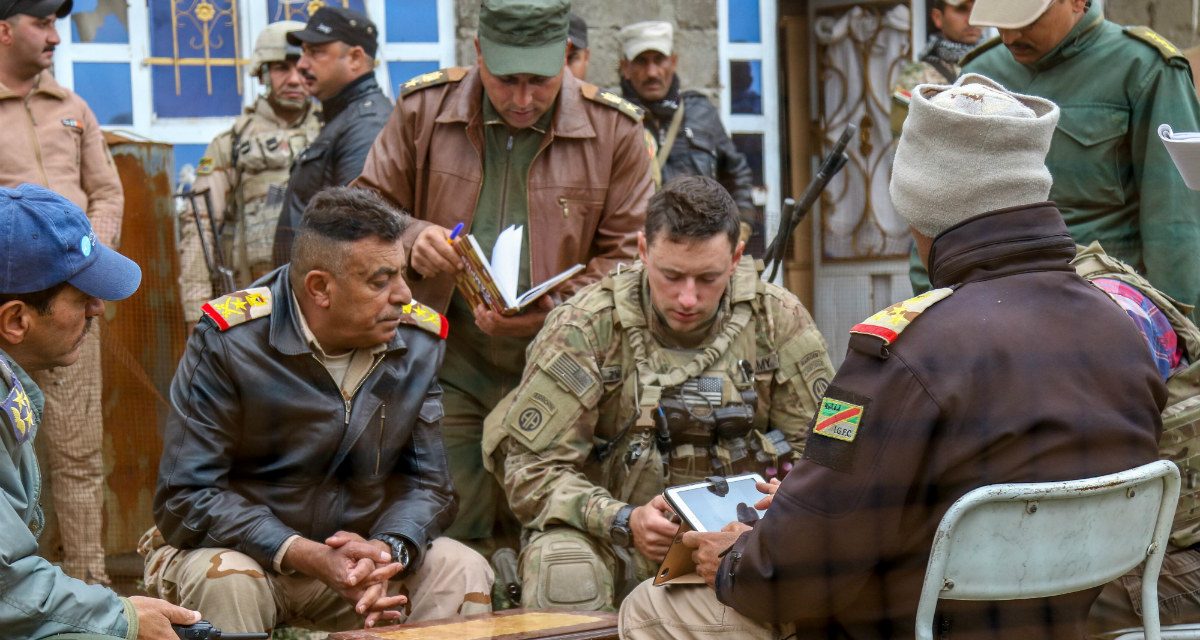 This episode of The Spear is a unique one. Regular listeners will know that most of the stories we feature reflect an especially direct experience of combat—stories from people who, at least during that fight, are at the sharpest end of the spear. But what is combat like when soldiers are asked to fight a war in a different way—“by, with, and through” a partner force?

The battle to wrest control of the Iraqi city of Mosul from ISIS involved some of the fiercest urban combat since World War II. Throughout the battle, US forces partnered with Iraqi security forces, advising and assisting them as they fought street by street to retake the city. In this episode, we hear from two of the US officers who took part in that mission. Capt. Mark Zwirgzdas and Capt. Brett Reichert share a series of stories from their time working with Iraqi Security Forces. Collectively, they paint a picture of the battle’s unique features—like the remarkable complexity of an urban battlefield. They also highlight elements of warfare that US forces have rarely experienced over the past couple decades—things like leveraging cyber tools, fighting on the electromagnetic spectrum, and even the emergence of cracks in the longstanding US expectation of air supremacy.