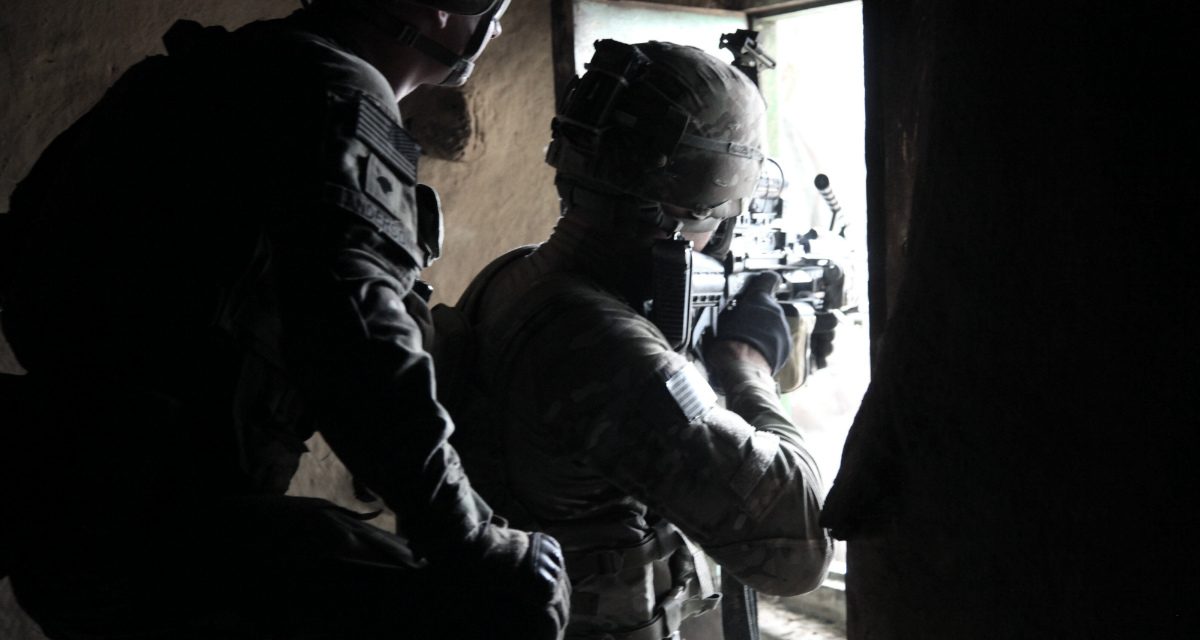 In this episode of The Spear, MWI’s Maj. Jake Miraldi speaks to Capt. Jason Pomeroy. In 2011, he was a platoon leader in Kunar province, Afghanistan. That spring, his entire battalion took part in Operation Strong Eagle III. The mission was aimed at expelling enemy fighters from a rugged valley. As it kicked off, Pomeroy and his soldiers quickly found themselves in the middle of a massive, grueling fight.

Image: US Army soldiers from the 2/327th “No Slack” Battalion, 101st Airborne Division, return fire from a window during a fire fight with the Taliban in the valley of Barawala Kalay, Kunar province, Afghanistan, on March 29, 2011. (Credit: Pfc. Cameron Boyd)