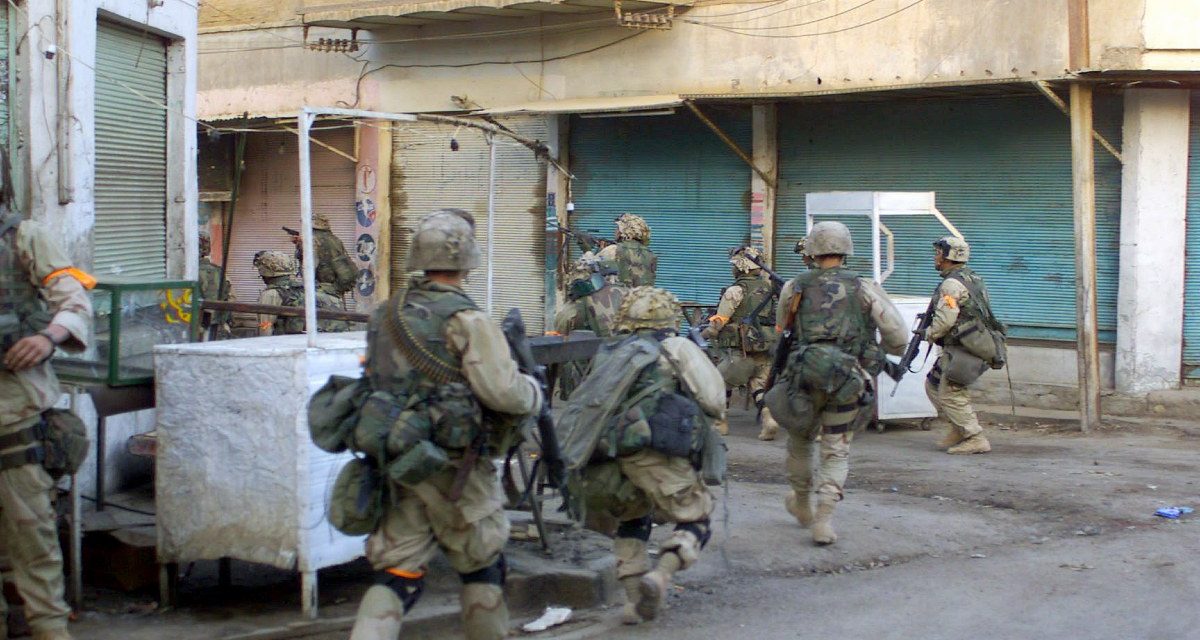 In June 2021, we released an episode of The Spear with Karl Blanke about a Marine he called Lance Corporal Jackson (a pseudonym). “Jackson” was a machine gunner in Blanke’s platoon in Company C, 1st Battalion, 5th Marines (C/1/5). Together, they were part of the 1st Marine Division’s “March Up” to Baghdad in 2003.

Lance Corporal Jackson, whose real name is Joe Newman, joins this episode to share with listeners his perspective of the invasion of Iraq, firefights, the role of the “lance corporal underground,” and being a young Marine with a new platoon commander. Whether it’s playing baseball while waiting . . . and waiting . . . and waiting for the invasion that he doesn’t believe will happen or attempting to validate his emotional reaction to combat, Newman’s view of life as a young Marine preparing to go to war explains the reality of the lead-up to Operation Iraqi Freedom. Once inside Baghdad, though, everything changed for Newman. A cordon operation in the hunt for Saddam Hussein led to a firefight where he was wounded. For his actions, he was later awarded the Navy and Marine Corps Commendation Medal with Combat Distinguishing Device.