Podcast: The Spear – Coming in Low 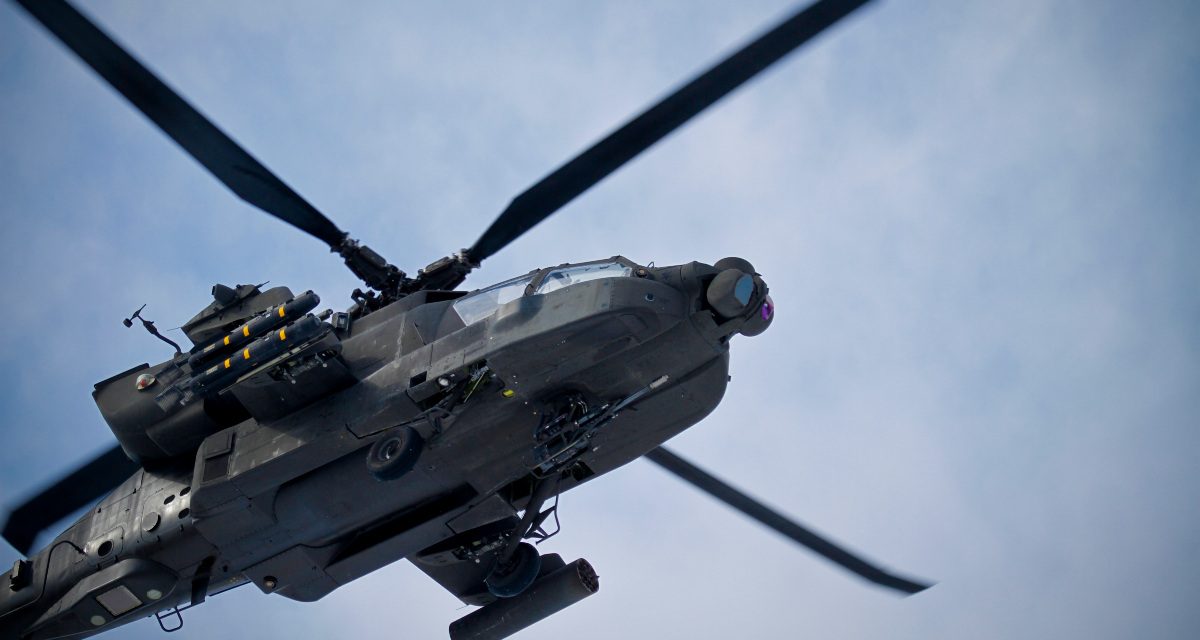 In this episode of The Spear, John Amble speaks with Chief Warrant Officer 4 Dylan Ferguson. He is an Army aviator who has flown both the CH-47 Chinook and AH-64 Apache helicopters, and also spent several years in the fixed-wing community. In 2009, on his first deployment, his unit was at Kandahar Airfield in Afghanistan, responsible for supporting ground forces across the southern portion of the country.

One day a few months into the deployment, his aircraft and another were overhead during a mission of US special operations forces and Afghan partners below. When the ground forces encountered enemy fighters, the two aircraft took action. But at some point during the hours-long period of fighting that ensued—the aircraft refueled and returned to the fight multiple times—CW4 Ferguson realized that they were only able to use one of the Apache’s weapon systems. Unfortunately, it was the Hellfire missile system, and the geometry of the battlefield didn’t allow for the standoff distance that missile requires. So without being able to fire at enemy targets, they changed tactics—flying in low over enemy fighters to bait them into opening fire on their helicopter, forcing them to reveal their positions so the other Apache could identify and target them.

The conversation explores the subjects of risk in combat situations, the ebbs and flows of long engagements like this one, and more. Listen to the full story below, and if you aren’t already subscribed to The Spear, be sure to do so on Apple Podcasts, Stitcher, Spotify, TuneIn, or your favorite podcast app.