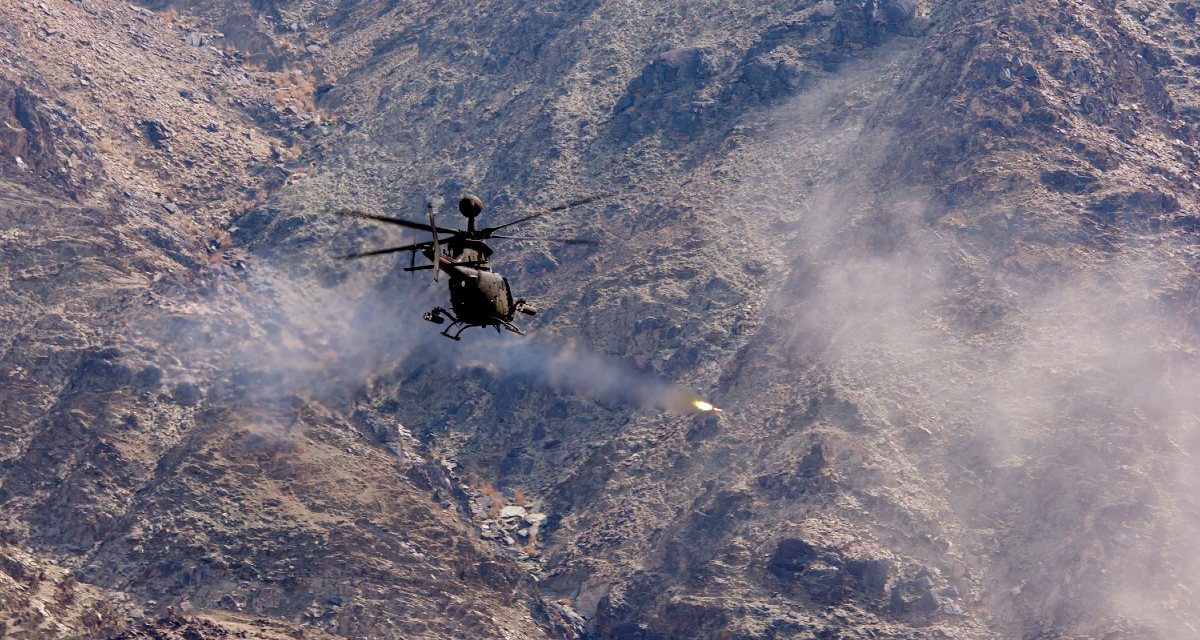 Coming out of flight school as a lieutenant, Maj. Jordan Terry was assigned to a unit that was already deployed. That meant that he would quickly be joining them in Afghanistan. Shortly after arriving, he took off on a flight that was supposed to be straightforward—he and three other pilots left their base in two OH-58D Kiowa helicopters, intending to help get him oriented to the rugged, mountainous area the unit was responsible for.

On their way back to Jalalabad, where the unit was based, they were flying through a valley. When they came around a bend, they could see and hear heavy fire. An Afghan unit was in an intense fight with Taliban fighters. The mission quickly changed. A US ground force was sent to link up with their Afghan partners, and an hours-long battle ensued, with the two helicopters repeatedly engaging the enemy from the air, refueling and rearming, and returning to the fight.

You can listen to Maj. Terry tell the full story below, and you can also find the episode on Apple Podcasts, Stitcher, Spotify, TuneIn, or your favorite podcast app.