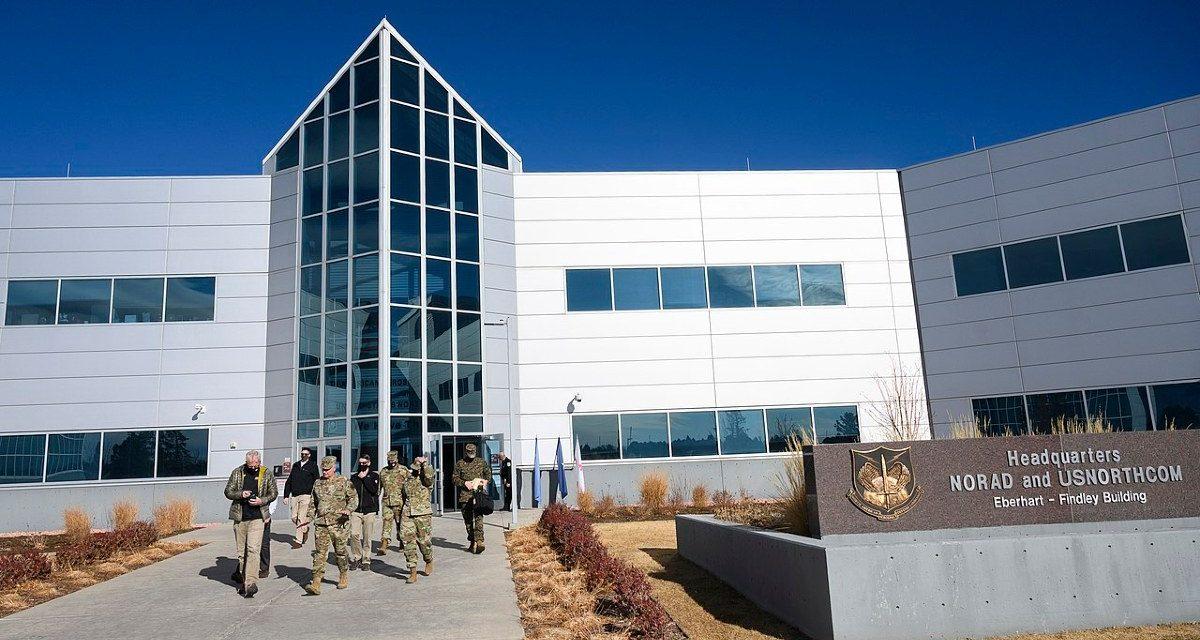 This article is part of the contribution made by the US Army War College to the series “Compete and Win: Envisioning a Competitive Strategy for the Twenty-First Century.” The series endeavors to present expert commentary on diverse issues surrounding US competitive strategy and irregular warfare with peer and near-peer competitors in the physical, cyber, and information spaces. The series is part of the Competition in Cyberspace Project (C2P), a joint initiative by the Army Cyber Institute and the Modern War Institute. Read all articles in the series here.

As American citizens watched the inexorable buildup of Russian forces on the Ukrainian borders over months, culminating in an attack against that nation from land, sea, and air, they sleep at night believing their nation is safe from a similar fate. Despite having over seven thousand miles of land border and twelve thousand miles of coastline the American homeland is still considered a sanctuary from external aggression. Americans are accustomed to the safety and deterrent effect provided by its geography and can’t imagine the alternative that other nations face daily.

The concept of homeland defense and what it specifically entails has evolved over time as adversaries, technologies, and the geographic boundaries of the homeland itself have changed. From the first colonial militias to the frontier wars and war with Mexico, through the world wars, the Cold War, and the post-9/11 wars, the armed forces have adapted to deny adversaries the opportunity to threaten the nation’s sovereignty, territory, and population. However, the United States presently faces an unconventional threat to the homeland as gray zone tactics—actions below the threshold of armed conflict—are persistently employed by our adversaries. The adoption of this approach requires a reimagination of current homeland defense strategy.

Homeland defense is defined in joint doctrine as “the protection of United States sovereignty, territory, domestic population, and critical infrastructure against external threats and aggression or other threats as directed by the President.” As the lead federal agency for homeland defense, the Department of Defense is responsible for “detecting, deterring, preventing, and defeating threats . . . as far forward from the homeland as possible.” Concurrently, the Department of Homeland Security, the lead federal agency for homeland security, is responsible for law enforcement functions such as border control and infrastructure security, as well as national preparedness, resilience, and recovery. Integrated with homeland defense, the Department of Defense also has the mission to act in a supporting role to other lead agencies and provide defense support of civil authorities (DSCA) during national emergencies or disasters when the capacity of local governments to respond are overwhelmed.

As a continental nation bordered by two oceans and two generally benevolent neighbors, for most of the United States’ history its strategy for homeland defense rested on maritime dominance and the ability to mobilize and project land forces. Not until the end of World War II and the advent of nuclear weapons and their accompanying intercontinental delivery systems was the homeland itself seriously threatened.

In response the US military developed air and missile defense systems, a robust naval force, and a redundant offensive capability suitable for responding to aggression with overwhelming destructive power. The combination of deterrence through a credible defense, the ability to impose a cost that exceeded any benefit to an attacker, and a network of alliances bound by strategic mutual defense treaties created a US strategy for homeland defense that proved adequate to the task.

The end of the Cold War prompted a review of homeland defense strategy. As the sole remaining superpower the threat of a nuclear attack on the homeland was greatly reduced; instead of an existential threat, nuclear weapons became the basis of the threat-making behavior of rogue states intent on destabilizing world politics. Further, a series of high-profile terrorist attacks in the 1990s, culminating with the attacks on September 11, 2001, shifted the focus of homeland defense strategy to one of counterterrorism.

An Evolution of Strategy

The Department of Defense has developed two iterations of a homeland defense strategy since the end of the Cold War—first issued in 2005 and then updated in 2013. Both versions focus on terrorism and on maintaining credible air defense and maritime security against state and nonstate actors. The 2005 version was a more aggressive and holistic strategy, focusing on all aspects of homeland defense and framing the DSCA mission in context of counterterrorism support and recovery. The 2013 version, coming more than a decade after the attacks on September 11 and after Hurricanes Katrina and Sandy, shifted the emphasis toward DSCA and post hoc response efforts. Countering air and maritime threats was the only dedicated homeland defense objective and three of the four strategic approaches identified in the document as necessary to achieve a successful end state were DSCA oriented, while the fourth focused on DoD continuity of operations and mission assurance.

The evolution in strategy from 2005 to 2013 was not unexpected and reflects changes in the global environment and national priorities. However, in the decade since the 2013 strategy for homeland defense was released the operational environment has changed again. A broad consensus reflected in current defense strategy and emerging multi-domain warfighting operations identifies that peer and near-peer competitors observed US and allied operations from Operations Desert Shield and Desert Storm through the campaigns in Afghanistan and Iraq and developed strategies to confront the United States and threaten our national interests. The US Army TRADOC G-2 publication The Operating Environment (2021–2030) identifies that, based on these observations, our adversaries “determined that the best way to defeat the United States is to win without fighting.” As a result, our adversaries have chosen to avoid challenging the United States directly, and instead look to exploit our weaknesses and neuter our strengths. Gray zone warfare—alternatively asymmetric, hybrid, or irregular warfare—is acknowledged as our adversaries’ preferred strategy.

The gray zone is recognized as an arena of warfare that falls below the threshold of open conflict and does not directly challenge US military superiority or trigger mutual defense treaties. Actions that are ambiguous, are nonattributable (or deniable), are limited in scope and duration, and target civilian infrastructure, morale, public and private institutions, and the economy are the preferred method. Gray zone warfare does not seek victory through a swift campaign of shock and awe, but is instead a tool of coercive gradualism to erode resistance to an adversary’s actions, to limit response options if and when the choice is made to resist, and to weaken both intra- and international support relationships. Our adversaries have used and honed these tactics over decades, documented in Estonia, Georgia, and Ukraine, as well as in the South China Sea, the East China Sea, Taiwan, Syria, South Korea, and Japan.

Even as we readily acknowledge that our adversaries are employing gray zone tactics in our areas of interest globally, we are less likely to concede that gray zone warfare is occurring in the homeland. Adversarial tactics are taken as individual incidents and are parsed and catalogued without considering their strategic intent or assessing their impact as a whole. As a nation we are more likely to view election interference through a partisan lens instead of the intelligence community’s finding that it is part of a ”longstanding desire to undermine the US-led liberal democratic order,” specifically intended to ”undermine faith in the US democratic process.” Malign foreign influence is characterized as a crime warranting a Justice Department investigation or an inevitable consequence of the information age—a threat similar to a hurricane or other natural disaster to build resilience to rather than an assault on the nation requiring a credible deterrence. Data thefts—from credit companies, government agencies, banks, and other crucial components of social infrastructure—are considered isolated criminal incidents instead of gray zone attacks conducted in preparation for targeted information attacks and coercion. Initial efforts to build up the necessary intelligence to characterize and develop the threat of gray zone activities and to put attacks in the context of a broader gray zone strategy are stalled due to a lack of focus and guidance.

To say “the homeland is no longer a sanctuary” or that the homeland will be a contested space is more than a planning assumption. Instead, it is a recognition that the current strategy for homeland defense is failing to address the current threat environment. Our adversaries do not fear a US response to their actions in the gray zone and are not hindered or deterred by existing defenses. Current scenarios envision a homeland that comes under attack during a period of heightened tensions abroad to disrupt mobilization and deployment efforts. But we must recognize how those projected scenarios represent the culmination of ongoing gray zone attacks, not the initiation of a new conflict.

Presently, there is a critical need to reimagine the concept of homeland defense and develop a new strategy. Air and missile defense, along with a strong maritime presence, can only be one element of a twenty-first-century homeland defense strategy. Intercontinental and submarine-launched ballistic missiles and hypersonic missiles may represent a low-probability/high-impact scenario requiring defensive preparation. On the other hand, not only do gray zone attacks on the homeland represent a high-probability scenario, but it is our current reality. And while individual attacks may appear to have a low impact, the sum of gray zone activities—the intelligence gathered, the proxies recruited and influenced, the societal divisions and mistrust of authorities magnified—represent an adversary fait accompli in the homeland, not overseas.

When published in 2013, the current DoD strategy for homeland defense was envisioned as viable through 2020. Already two years overdue, the next iteration must consider defense against gray zone attacks as a primary mission. With no silver bullet solution, a successful update to our homeland defense strategy requires a concerted multi-domain, multi-agency, and multi-disciplinary approach that is consistent with our nation’s constitutional principles and values. While there are indications that capabilities are being developed and actions taken to respond to gray zone threats, a comprehensive threat-based strategy is needed to centralize and coordinate response efforts into a meaningful defense of the homeland.

The following is a list of potential actions the United States could take to initiate efforts toward developing an effective DoD strategy for homeland defense:

The failure of the September 11, 2001 attacks was not the inability to recognize terrorism as a threat to the nation, but the inability to see the adversary’s intentions, capabilities, and actions. We face a similar dynamic today. As reports of suspicious flight training and overstayed visas were observed but the implications unimagined, we now witness state-sponsored ransomware attacks, election interference, influence operations, and social engineering. At best we are failing to acknowledge the implications of these attacks; at worst we are ignoring them. Unlike a catastrophic and psychologically devastating terrorist attack that kills thousands and galvanizes a united response, gray zone assaults slowly erode US capabilities and resolve under the very radars we currently rely on for homeland defense. DoD has the responsibility for homeland defense, and to be successful it must develop a new strategy for it that acknowledges and responds to gray zone threats.

Dr. John Borek is a postdoctoral fellow in the Homeland Defense and Security Issues Group at the US Army War College and an adjunct instructor in the National Security Intelligence Analysis program at the University of New Hampshire. He is a former Army strategic intelligence officer and civilian intelligence analyst.