Risk Aversion and the Army’s New Tactical Unmanned Aircraft: Buying Technology is One Thing, Being Able to Employ it is Another 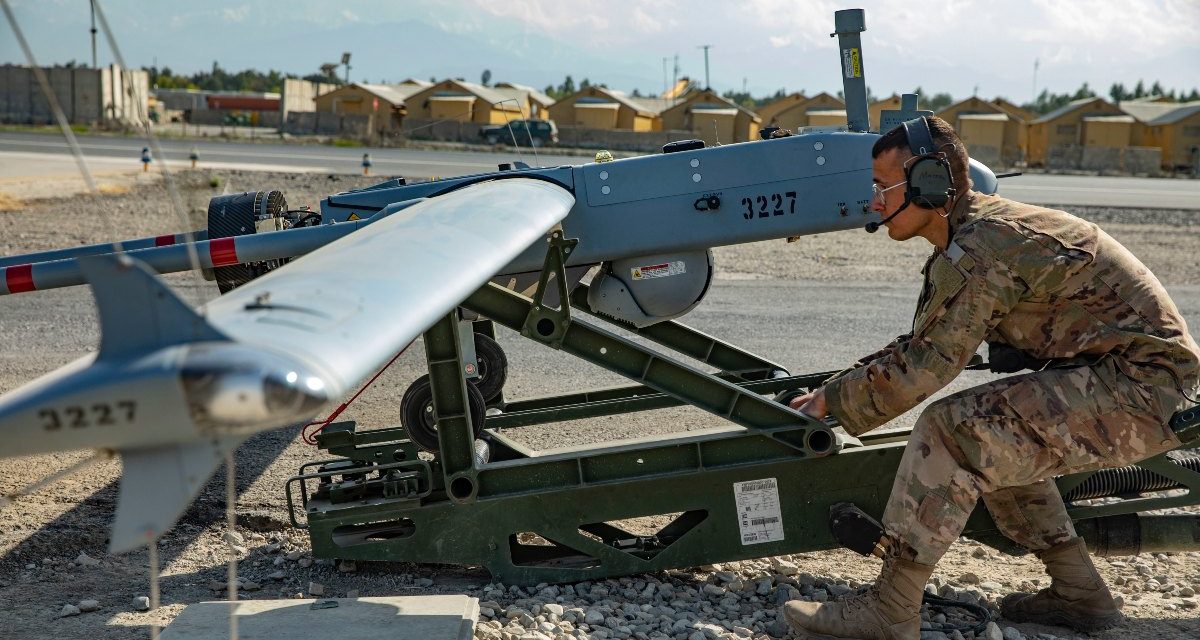 The Army is in the midst of a modernization of its fleet of unmanned aircraft systems (UAS). Among the upgrades it seeks is a replacement for the RQ-7B Shadow. That platform has been a workhorse of the long wars in Iraq and Afghanistan, but it was developed in the 1990s, and technology has improved dramatically since then. The UAS modernization initiatives represent an attempt to harness that new technology and leverage it on the future battlefield.

The Army’s main priorities in this acquisition effort seem focused almost exclusively on capability (advancing technical specifications) and portability (enhancing tactical versatility). Making use of better technology is only part of what is required. To maintain ground combat supremacy, the time has come to refine Army regulatory and doctrinal structures for medium-sized, or “tactical” UAS platforms.

One of the problems limiting the way UAS are employed is that current operative structures artificially inflate perceived risk. Cumbersome regulations and mazes of doctrinal guidance force commanders to default to risk avoidance in UAS operations—despite advances in technology. Put simply, new platforms alone will not increase commanders’ risk tolerance or fundamentally revolutionize UAS employment. Only by revising regulations and doctrine can the Army’s next tactical UAS provide truly advanced aerial reconnaissance.

A number of regulations should be reconsidered, but three in particular deserve particular emphasis. First, the US Army Combat Readiness Center (USACRC) should not classify tactical UAS crashes as equivalent to manned crashes, as it currently does. USACRC is the investigative authority for aviation incidents. When commanders know UAS crashes will trigger an administrative investigation similar to that of a helicopter or plane crash, they are unsurprisingly less willing to assume the level of aggressive risk needed to maximize UAS capabilities. USACRC created allowances for “small” and “micro” UAS platforms (like Raven, Puma, and Black Hornet), but has not yet downgraded accident classifications for its medium-sized tactical UAS, Shadow—the flagship drone for its brigade combat teams (BCTs). Downgrading accident classifications for tactical UAS would allow commanders to effectively manage risk and seize reconnaissance opportunities.

And third, flight risk approval authorities should be revised. Currently, there are four risk levels—low, medium, high, and extreme high—and flights at those risk levels are approved by the military intelligence company commander, brigade engineer battalion commander, brigade commander, and division commander, respectively. The Army should consider removing the “extreme high” risk designation altogether, since it indicates operations that exceed system limitations and for which, therefore, risk cannot be mitigated. “Low” and “medium” risk levels should be approved by the military intelligence company commander, and “high” risk by the brigade engineer battalion commander. Tactical considerations, weather windows, and subject familiarity are factors consolidated most cogently at company and battalion levels. These commanders’ operational proximity gives them better awareness of the flight dangers and allows risk to be hedged in both a more direct and flexible way.

The Army should also look closely at its UAS doctrine, specifically considering how it can be consolidated. Currently, eight Army publications (and one manufacturer manual)* speak to the different aspects of BCT UAS operations, in addition to unit standard operational procedures at multiple echelons. This is largely due to the layering of warfighting functions in the current BCT UAS model: tactical UAS platoons are led by a branch-immaterial (but usually military intelligence) lieutenant under the military intelligence company commander, brigade engineer battalion commander, and BCT commander, with a brigade aviation officer and two aviation warrant officer technicians providing planning, operational, and maintenance support. Beyond the aviation officers and those in the military intelligence company, few members of the chain of command have substantive training and experience with Army UAS, even while they are signing authorities for risk approval. Consolidating doctrine into one publication would enable unit commanders take time to better understand the unique technology under their command. Most commanders’ frustrations with BCT UAS arise from limited familiarity not only with the systems themselves, but also of with the aggressive tactics needed for its designed implementation (as outlined briefly, for example, in Army Techniques Publication 3-04.1, Aviation Tactical Employment).

Moving forward from current risk-averse UAS operative structures, the Army should focus on three risk-resilient considerations in acquiring its next tactical platform. First, a small tactical footprint is important. The UAS platoon occupies an armored BCT commander’s largest tactical non-armored footprint. Future systems must have minimal structures and quick setup that do not serve—as they currently do—as significant, static, and often-pummeled rear-area targets.

Second, the Army should explore the viability of employing commercial, off-the shelf (COTS) UAS. These platforms provide cheap, resilient, and scalable tactical reconnaissance. Many Army leaders talk about COTS UAS with admiration of the capability, yet then revert to the traditional model of expensive, complex, and sleek systems that demand maximum output for minimal advantage.

Finally, a robust resupply capacity is also critical. Whichever manufacturer is selected to deliver the Shadow replacement must retain enough systems on hand to keep UAS flying—two full systems per domestic Army garrison, for example, and four full systems at deployed units’ logistics points. Manufacturer unavailability must never be prohibitive to full-spectrum operations (as it often is now). Supply chains must be efficient and versatile; aggressive, higher-risk utilization requires equally aggressive procurement. If a company is unable to manage demand, cash flow, and the overhead of large bench stock, it should be indicative of their inability to support the Army’s UAS needs.

Changes in regulation and doctrine will have a lasting impact on the viability of tactical UAS to provide credible support to combat commanders. Current operative structures artificially inflate risk and muddle the fundamental comparative advantages of unmanned systems, especially as these systems trend toward machine learning for metacognition and autonomy. The acquisition process for tactical UAS starts not with new technology, but with new structures and cultures within the Army aviation community and its BCTs. The US Army’s ability to integrate and employ new technology—not just buy it—will define lasting success on tomorrow’s battlefield.

* The publications and manual are:

Addison McLamb is an Army officer at the military intelligence captain’s career course. He was formerly an armored BCT UAS platoon leader, J2 chief of operations for a joint task force in Iraq, and a Schwarzman Scholar.

Tanner Dane is an Army CW3 with nearly twenty years of aviation experience piloting both manned and unmanned aircraft. He has flown Hunter, Shadow, and Kiowa aircraft and has over 1,400 combined flight hours, including more than four hundred UAS flight hours in combat.