Russia is an Investor, and the Baltics are Emerging Markets: A New Analytical Model to Frame Kremlin Soft Power 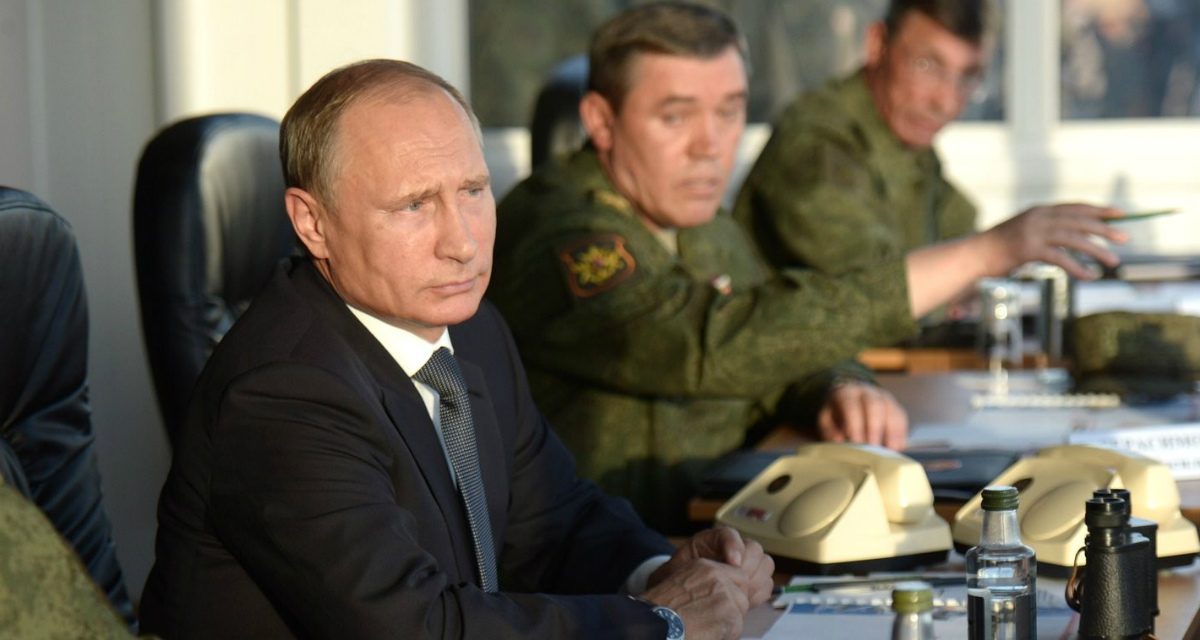 As the Trump administration crafts its upcoming National Security Strategy and prioritizes the constellation of threats facing the United States, particular attention must be given to navigating the tangle of thorns that is Russia. Vladimir Putin’s recent mass expulsion of US diplomats from Moscow arrived ahead of the Russian military’s September exercise Zapad (“West”), in which Russia will deploy an estimated 100,000 troops to Belarus and the Kaliningrad exclave wedged between the NATO countries of Poland and Lithuania. Zapad occurs every four years, but it is the first such exercise since Russia annexed Crimea in 2014. From Minsk to Tallinn, officials are concerned Putin will use the opportunity to stage a long-term occupation of Belarus and further the Kremlin’s revanchist goals.

While America’s NATO allies are legitimately concerned by the military implications of Zapad, US policymakers must also be cognizant of the Kremlin’s proclivity to shape-shift, subvert, and destabilize its way to political outcomes.

This protean strategy is on full display in the Gerasimov doctrine, named after Chief of the Russian General Staff Valery Gerasimov, which details the strategy’s intricacies. The doctrine considers the nature of warfare as having fundamentally changed, and emphasizes a 4:1 ratio of nonmilitary to military measures. As the world focuses on the military component of that ratio—readily observable in conflict zones like Syria and Crimea—Russia manages to assert influence through critical nonmilitary means.

Enough of the Gerasimov doctrine is fundamentally new that perhaps we also need new tools in order to fully conceptualize its implications. To understand the nonmilitary component of the Gerasimov doctrine, US policymakers should explore new ways of thinking that cut through the opacity of Russian strategic culture. Often, this means adopting analytical frameworks used outside of the military and intelligence community.

What happens, for instance, if we view Russia as the geopolitical equivalent of a foreign investor, and its Near Abroad—in particular the Baltic states of Estonia, Latvia, and Lithuania—as an emerging market?

Borrowing methods from a 2005 Harvard Business Review article, “Strategies that Fit Emerging Markets,” Russia’s areas of interest and vessels of influence come into focus. Three emerging markets strategy options from this article can creatively be applied to the question of Russia’s strategic intent and options: play to your strengths, alter the context, and know your market.

Looking at energy security in the Baltics, the Kremlin’s choices largely fall along the lines of playing to its strengths or altering the context. Russia’s historic dominance of the region’s energy resources and past threats to manipulate the gas flow to the Baltic states illustrate the ways in which the Kremlin plays to its strengths. This reality influenced Europe’s strategic pivot away from reliance on Russia and toward an energy mix insulated from Kremlin meddling. Part of the way this pivot has manifested itself can be found in the construction of liquefied natural gas (LNG) terminals in the Baltics, designed to receive LNG from as far away as the United States. As these terminals become operational in the next several years, Russia may shift to efforts to “alter the context” by compromising them through, for example, a cyberattack or proxy group exercise. There is precedent for the latter of these: members of the Night Wolves, Russia’s largest motorcycle club, participated in a 2014 attack on a Sevastopol natural gas facility. The Kremlin’s objective would be returning the Baltic states to a more one-dimensional energy reality where Russia can once again play to its strengths.

The emerging markets lens also helps to understand the Kremlin’s approach to the Russian diaspora living in the Baltics. The support and security of ethnic Russians living abroad is an elemental concern outlined in Russia’s national security strategy. In a more surreptitious capacity, “government-organized non-governmental organizations,” or GONGOs, seek to further Russian foreign policy by serving as pseudo civil society groups, spreading disinformation and contorting themselves in a way that makes their true motives difficult to ascertain. Where ethnic Russians reside, the Kremlin can leverage influence with greater dexterity than areas where compatriots are scarce. This was observed in the annexation of Crimea, where Putin played to his strengths by harnessing favorable demographics—ethnic Russians constitute 58 percent of the population.

Another dimension of diaspora-leveraging is evident in the Kremlin’s manipulation of Russian Orthodox churches toward desirable ends. Taking advantage of deeply conservative values and Euroskepticism, the Kremlin has used Orthodox churches in Europe to undercut various Western efforts it deems antithetical to Russian interests. A May 2017 Pew Research poll reveals the receptivity of Kremlin messaging among Orthodox Christians in Europe. In Moldova, 61 percent of Orthodox Christians agreed that a strong Russia is necessary to countervail Western influence, and 63 percent said that Russia has an obligation to protect Orthodox Christians living abroad. In Latvia, a NATO member state, 44 percent of respondents agreed that Russia has an obligation to protect ethnic Russians abroad. It is thus not surprising that priests in Montenegro worked to prevent NATO membership, or that Moldovan Orthodox churches were mobilized against Western integration. As a microcosm of the Russian diaspora, Orthodox churches represent a historically reliable foreign constituency.

Putin understands which markets are most receptive to Kremlin messaging. One can look to the Baltics’ electoral politics to assess these areas and levels of susceptibility based on voting patterns. Euroskeptic parties, right-wing parties, and parties with historical Russian ties are particularly vulnerable to being co-opted by the Kremlin to serve Russian interests, and the Trump administration should look to those districts where these parties are experiencing an upward trend in support. Aside from political parties, instructive examples can be found in national plebiscites like the 2012 Latvian constitutional referendum, which considered making Russian an official language. Though the referendum was rejected by 75 percent of voters, the 25 percent of individuals who supported the move present a market opportunity for Russia, particularly since Latvia has thus far failed to integrate ethnic Russians into Latvian society. Approximately 260,000 non-citizens reside in Latvia, precluded from becoming citizens due to the inflexible nature of the citizenship test, which is only available in Latvian. In areas where non-citizen, ethnic Russians are most concentrated, Russia can look to exert influence.

While major military actions like the upcoming Zapad exercise warrant attention, Russia’s nonmilitary efforts represent a parallel threat that deserves equal concern. Delineating the levers of influence available to Russia and where those vessels are most active can help decision-makers anticipate the Kremlin’s nonmilitary maneuvering.  Concurrent geospatial, political, and network analyses can help to determine where those levers of influence converge. These convergence zones can help policymakers to triage areas of vulnerability within the Baltic operating environment and establish preventive mechanisms that create barriers to entry for a nonmilitary incursion. These mechanisms may take the form of USAID-led counter-propaganda efforts, fortifying legitimate civil society, and democratic capacity-building. The inclusion of these practices as part of American national security strategy enables the United States to meet Russian military thinking—as elucidated by Gerasimov himself—in a space that has increasingly become the monopoly of the Kremlin.