Sound and Combat: Fighting and Winning in the Auditory Battlespace 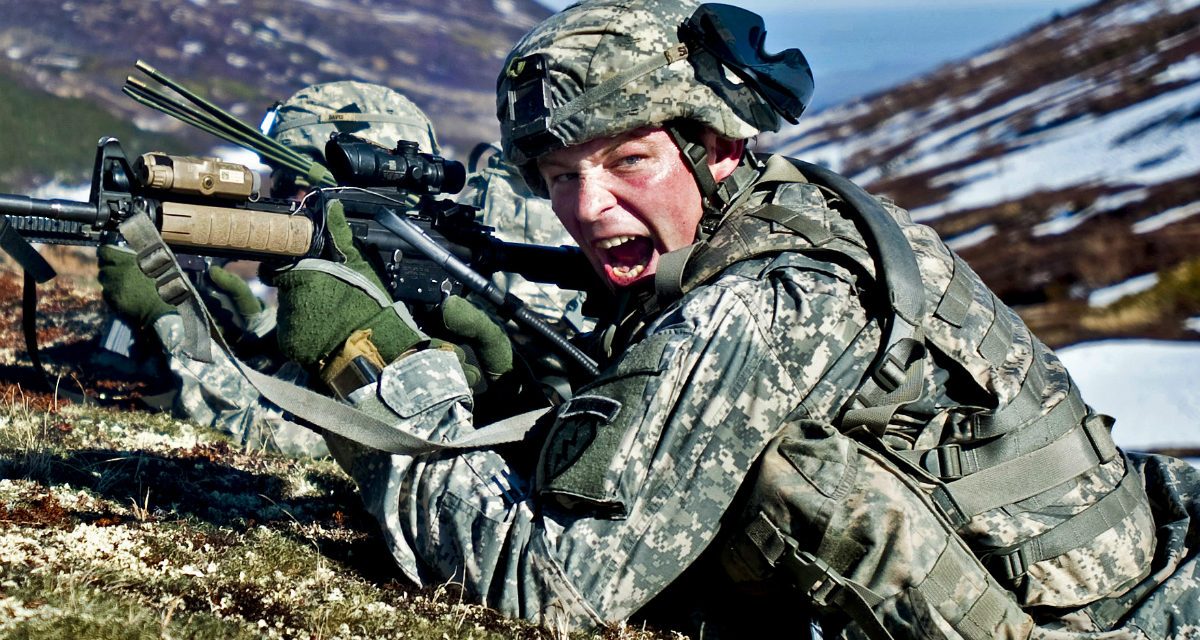 Imagine yourself among 35,000 people at West Point’s Michie Stadium, home of the Army football team. It is overtime and the Black Knights need to protect their tenuous three-point lead to beat the Temple University Owls. After calling a timeout to freeze the Temple kicker, the teams once again line up for the field goal attempt that, if successful, will send the game into a second overtime. Brig. Gen. Steve Gilland, commandant of cadets, grabs the “Noise” sign and the entire corps of cadets, the cadet spirit band, the West Point band, and thousands in the crowd oblige with a deafening roar of screaming voices, pounding drums, and blasting instruments.

Is this sound merely a means by which fans can feel closer to the action, becoming a part of the effort to win? Or does it have an effect on the athletes? In 2013, Kansas City Chiefs fans reached a then-record 137.5 peak decibels. The opposing team had several false starts and delay of game penalties, because they could not hear during team huddles or on the line of scrimmage. Fans who are engaged in a game cheer louder and longer and feel connected to the players. Can players use this sound to their advantage, or are they helpless to overcome the distraction?

Loud sound takes over our consciousness. We can close our eyes if we do not want to see something, but we cannot close our ears. No amount of hearing protection can stop the visceral feeling of massive amounts of sound pressure moving through our bodies. Sound waves are patterns of compression and rarefaction of air molecules. The louder the sound, the more it has an effect on concentration; it becomes impossible to ignore. It also has unquantifiable but observable impacts. When a football crowd makes noise together, it tightens social bonds. In live concerts or sports stadiums, when we talk about “vibe” or “energy,” we are commenting on the transfer of sound between participants. In sports, this energy can boost players’ confidence, as if they have the entire force of the crowd aiding their performance. There are certain occasions where we seek out loud sound, like when we crank up the volume on your favorite song while driving to work, with consequent impact on mood, attitude, and cognition.

In this respect, the battlefield shares important characteristics with sports venues. In both, control of the auditory domain is crucial. At war, this control affects not only physical communication, but also the psychological health of those in combat. In a loud sound environment, “it’s so loud I can’t even think straight” is more than a cliché. Our brains are forced to process all of that incoming sound, redirecting brainpower away from deliberate, reflective thought. Why? Because the sound is perceived as an invasion. It is unwanted and therefore deemed to be noise. However, it is possible to change our perception of the sound by embracing it. Preferred sound releases dopamine in the brain, inducing a sense of pleasure in the same way as eating food we really enjoy. Yankee great Bernie Williams, for example, used his musical skill to hear the sounds of baseball and perceive them as pleasurable. Athletes that do this enhance their performance regardless of the volume or type of sound. In World War Two, the Russians’ Katyusha rocket had a distinctive howl that stuck fear in the hearts of German troops, who nicknamed it Stalin’s Organ. Using these rockets, especially in large salvos, took a psychological toll on the Germans. But what if soldiers can be trained to pick up on the timbre and rhythm of enemy fire, and perceive these obviously negative sounds of being engaged by the enemy into an auditory boost of confidence with which to eliminate of that enemy?

One way is to assist soldiers to train their minds to pick out important sounds and block out unnecessary ones. Musicians have better “speech-in-noise” perception than non-musicians—essentially, the ability to pick out speech sounds against a noisy backdrop. This is due to the musician’s need to constantly adjust to different sound conditions in order to produce enjoyable music. A musician must know who has the melody and how to support it, and predict when the conditions will change. Soldiers must be able to communicate with their team and higher headquarters and process sounds from the outside environment. While deployed to Iraq in 2011, I was assigned as a driver for a chaplain-run mission from Camp Liberty to Union III in Baghdad’s green zone. An up-armored HMMWV filled with five soldiers, their gear, electronic jamming equipment, and the various miscellany of modern war weighs a lot. It was a struggle to maintain speed. In this loud and complex noise environment, and with a crackly headset thrown in for good measure. I had to be able to hear instructions from my TC—the truck commander—but also be aware of the gunner’s reports. The TC was in constant communication with both the other trucks and our higher headquarters. My musical training helped me hear through the din and to pick out the tone of the TC’s voice when he was speaking to me alone. On most missions, this ability helps things run smoothly; on one that is struck by an IED or targeted by an ambush, it could be life-saving.

Separately, technology can be leveraged to change service members’ experience in the auditory domain. For military forces, the auditory domain is characterized by two contradictory requirements. Soldiers must be able to hear environmental sounds, the commands of their leaders, and communication with teammates. At the same time, hearing loss remains a major concern and requires more than a billion dollars in healthcare costs annually for veterans. Meeting these conflicting demands is the purpose of the Tactical Communication and Protective System (TCAPS), which reduces loud and potentially damaging sounds and boosts quieter sounds. It uses compression technology, which brings sound into a preset range of amplitude determined by the user. All recorded music you hear and most live music is compressed in one way or another. The military is also looking to expand the use of suppressors on standard-issue M4 rifles, in order to lower sound levels during intense firefights. By combining these two technologies the military may gain some control over the auditory environment during battle.

On one day this fall, the concentration of the Temple Owls players was disrupted—the kicker missed the field goal wide and the Army Black Knights were victorious. There is significant evidence that all the sound created by the Army fans had at least some impact on the focus of the Temple team. After the Army team and its fans celebrated the victory, the entire corps fell silent as they prepared to sing the Alma Mater and pay tribute to the institution whose uniform both the players on the field and the cadets in the crowd wore—unified through sound. 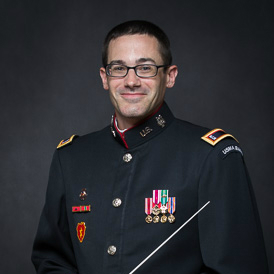 CW2 Jonathan Crane is a researcher for the Army Music Program focused on the interaction between music and human performance in the psychological, social, and emotional domains.