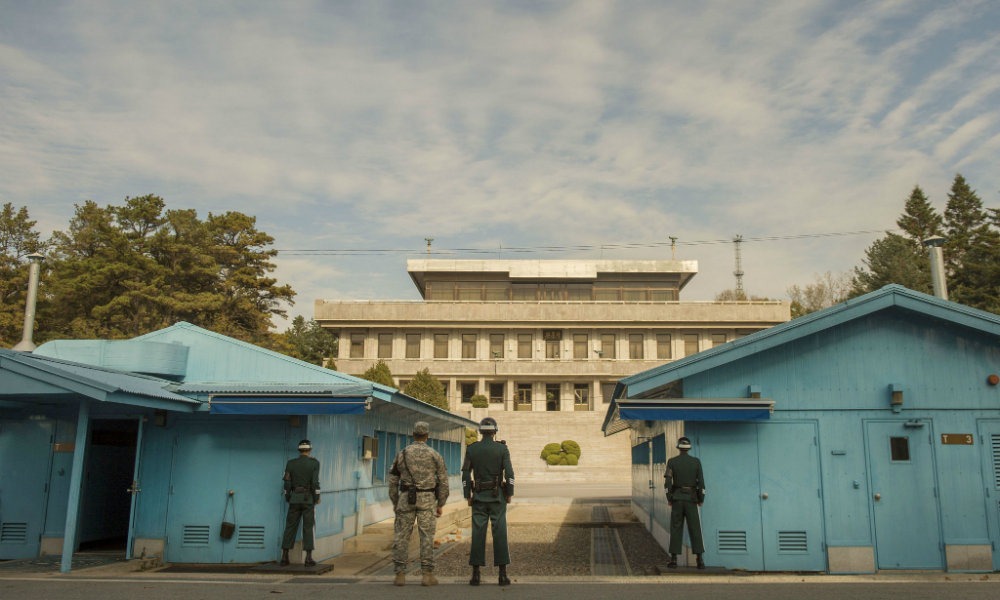 US Secretary of Defense James Mattis spent the tail end of last week in Seoul and Tokyo conferring with allies about the extreme challenge posed by a belligerently nuclear North Korea. When he gets back, Secretary Mattis should provide President Donald Trump with an option to straitjacket the rogue regime with consistently stiff military restraints to enable diplomacy. Pin down their arms and North Korea’s only option will be to talk.

North Korea is a uniquely vexing challenge with a rapidly closing solution window. Adm. Harry Harris, commander of US Pacific Command, calls them his “most volatile and dangerous threat” because their violent mood swings endanger a key ally in South Korea, 25 million people in Seoul, and periodically hold hostage the critical economies of Northeast Asia. The so-called Doomsday Clock recently edged closer to midnight than any time since the unstable dawn of the nuclear age, an acknowledgement of today’s near-term nuclear risk, thanks in part to North Korea’s reckless behavior. And a recent high-level defector says subversive information is “crumbling” North Korea and the regime’s days are “numbered”; oppositely, widely-reported intelligence tells us North Korea will be capable of striking the U.S. homeland with a long-range nuclear missile by 2020.

Read the full article at The National Interest.