Strategic Intelligence and the Decision to Go to War 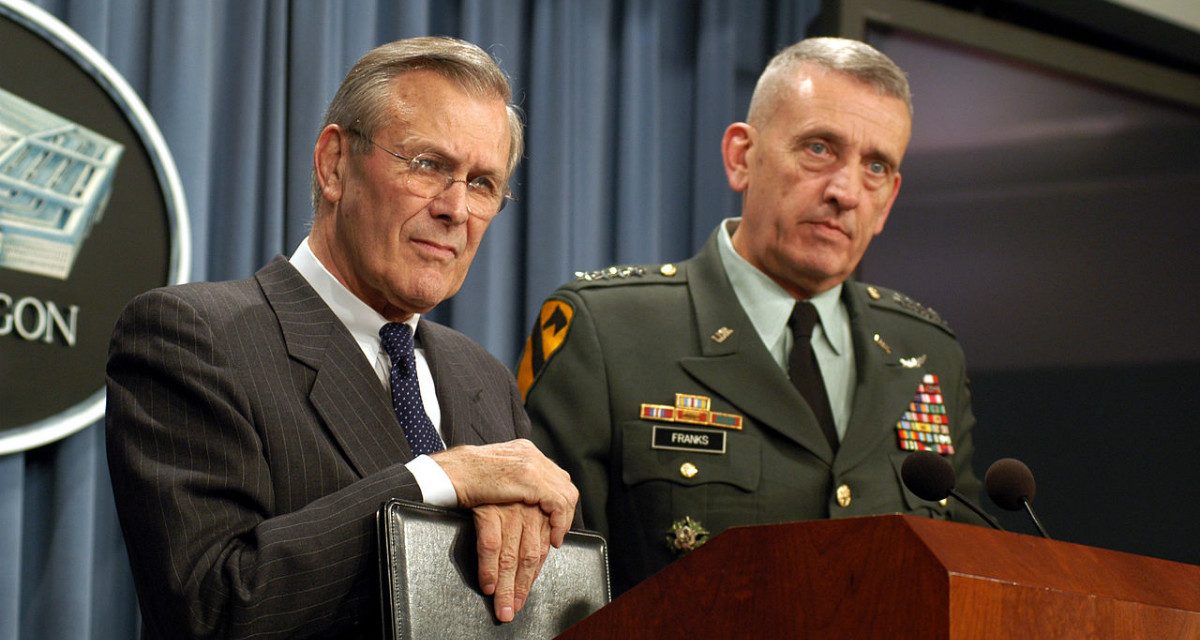 The United States’ track record in post–World War II major conflicts has been less than stellar. In his 2016 article, “Why Can’t America Win its Wars,” Peter Mansoor points out that America has only three outright victories in its last eight conflicts. Mansoor is not alone; many scholars have written about the recent failures of America to achieve decisive victory. Attribution of these failures is widespread: poor intelligence; an imbalance of ends, ways, and means; policy-strategy mismatches; improper use of instruments of national power; deficient host-nation commitment; and a lack of popular support, just to name a few.

Arguably, however, the most significant driver of American failure is the too-frequent commitment of military forces without fully understanding the nature of the environment.

Joint Publication 3-0, Joint Operations—the foundational piece of doctrine governing the way the US military executes its missions—states that the operational environment (OE) is a “composite of the conditions, circumstances, and influences that affect the employment of capabilities and bear on the decisions of the commander.” Key to understanding the OE is the joint intelligence preparation of the operational environment (JIPOE) process, which provides frameworks to help analysts, who then brief senior leaders responsible for making decisions. But this process ultimately falls short in analyzing some of the intangibles that may lie outside the OE as it is conceptualized by doctrine. Another framework used by strategic analysts—political, military, economic, social, information, and infrastructure (PMESII) systems and subsystems—serves as an analytical tool to achieve a “holistic understanding of all relevant components within the OE.” Even using both tools alongside one another—JIPOE and PMESII—only partly fulfill the joint forces commander’s need for understanding before making strategic recommendations to policy makers about force deployments. To fully understand the environment, commanders (with the aid of their analysts) must also understand critical variables outside the doctrinally defined operational environment.

In essence, there is something beyond the military’s framing of the OE that is of vital importance—something that might be called the “nature of the environment” (NOE, to coin an acronym) and refers to not only the OE, with which many strategic thinkers are familiar, but also the many intangibles associated with conflict that are often overlooked or under-emphasized by strategic analysts. These intangibles include such things as political dynamics, competing agendas, and relationships among the people, military, and government—the entities most often associated with the Clausewitzian trinity of passion, chance, and reason. These, too, should be a formal part of strategic analysis.

Strategic theorist Harry R. Yarger puts forth a similar definition of the strategic environment in his 2006 monograph, Strategic Theory for the 21st Century: The Little Book on Big Strategy. He uses the US Army War College’s VUCA model—volatile, uncertain, complex, and ambiguous—to highlight the challenging and complicated nature of the strategic environment. These characteristics illustrate some of the difficulties of gaining an understanding of the strategic environment. While his definition offers a bit more specificity, Yarger clearly recognizes components beyond the way doctrine conceives of the OE, including internal variables that may impact the strategy and success of the state. Analyzing both internal and external intangibles, alongside traditional OE analysis, will provide strategic leaders a much more complete understanding of the NOE.

Importantly, though, this strategic appraisal should be conducted prior to committing forces, which will help senior policy and decision makers better articulate strategic objectives, which should align with the nation’s interests. Without this clear guidance (ends), the strategic concepts (ways) and resources (means) can become disconnected, as they too often have. Additionally, while no one can predict the outcome of a given conflict, a better understanding may influence leaders against committing military forces if a victorious outcome does not appear favorable or the costs of achieving the objective outweigh the benefits.

Often, this latter scenario—the costs not being worth achieving the political objective—is the case, thus making the “value of the object” too great. Sacrifices can be measured in many ways—national treasure, equipment, alliances, life, and even time. While Americans understand sacrifices must be made to ensure the protection of liberties, the decisions of such sacrifices must not be made blindly.

Understanding the NOE prior to committing forces is not a new concept. Some of the greatest military thinkers throughout history have written about its importance. Carl Von Clausewitz, for example, stated, “No one starts a war—or, rather, no one in his senses ought to do so—without first being clear in his mind what he intends to achieve by that war and how he intends to conduct it.” This passage clearly speaks to the importance of aligning ends (“what he intends to achieve”), ways (“how he intends to conduct it”), and means (the instruments of national power). Without a clear understanding of the NOE, strategic leaders limit their ability to know what they wish to achieve, with what instruments they wish to achieve it, and without doubt, how they intend to do so.

Contemporary strategic thinkers and elected leaders continuously reference the concepts of Chinese philosopher, Sun Tzu. One of the philosopher’s many axioms explains that the victorious warrior wins before committing forces, while the defeated warrior commits forces and then seeks victory. This notion alone sums up the premise of the need to understand the nature of the environment. Once a leader commits forces, it is often too late to form an effective strategy. Formulating strategy must come before committing forces and the most effective way to form a coherent strategy is to fully understand the NOE. That is not to say a leader cannot adjust strategy once forces are committed, but even when a strategic course change is needed, a clearer understanding will allow for a greater ability to adjust.

There are many critics of classic theory but even the strongest detractor would be hard pressed to argue against the importance of understanding the NOE prior to committing forces. To do so is analogous to a startup entering an industry without first writing a business plan. The startup might succeed but the business stands a much greater chance of success if industry analysis is conducted prior to launch. As Yarger contends, “the strategist must understand the nature of the environment in order to exert influence within it.”

There are useful analytical tools that reside in both classic theory and joint doctrine, but strategic thinkers and policy makers must continuously seek out better ways to examine and understand the strategic environment.  Indeed, one would think that on this basis, strategic leaders would demand a better understanding prior to committing forces. Recent history does not reflect such a demand. Vietnam, Korea, and Libya are all conflicts in which the United States failed to achieve its political objectives, or the outcomes were ambiguous. Iraq and Afghanistan are ongoing and only history will determine whether they are viewed as successful. What is not in question is the strategic miscalculations of how long these conflicts would last and the costs associated with them. Strategic leadership could have mitigated these miscalculations by having a better understanding of the nature of the environment.

With many more potential conflicts on the horizon, strategic leaders must do a better job of understanding the nature of the environment. Iran, North Korea, China, Russia, and the enduring but evolving threat of violent extremism (among others) all present volatile situations that require comprehensive analysis for America leadership to form a successful strategy. Each situation poses unique challenges and strategic leaders will be faced with making tough decisions. They are obligated to ensure the best analysis possible and develop a clear understanding before committing forces. 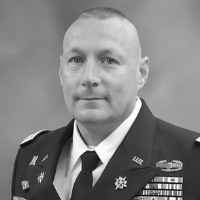 Lt. Col. David “Leon” Hall is a strategic intelligence officer in the US Army. He recently served as the department chair and assistant professor for the Department of Defense Intelligence at the National Intelligence University. He currently serves as a National Security Affairs Fellow for the 2018–19 academic year at the Hoover Institution.