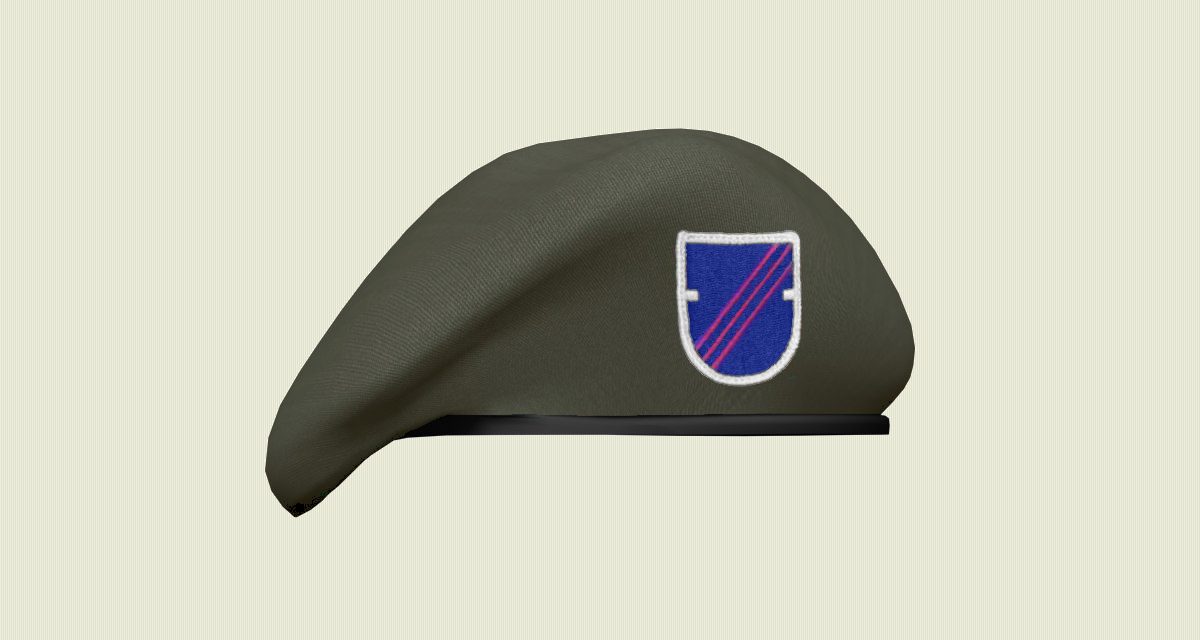 By 8:00 Monday night, after only three days, that was the number of supporting signatures on a change.org petition targeting the Security Force Assistance Brigade’s (SFAB) adoption of a green(ish) beret. The White House promises to officially respond to petitions signed by 100,000 people. The number of signatures required to get the Army chief of staff’s attention, it appears, is slightly lower. By Monday night, Gen. Mark Milley had gone on the record in an effort to contain the widespread frustration with the beret and other insignia that appeared to borrow heavily from the special operations community.

From a public relations perspective, the past week has been a challenge for the 1st SFAB, due mainly to the leaked details of new uniform features that set off a social media firestorm. The tab, patch, and beret color are merely symptoms of a more fundamental issue—somewhere in the SFAB’s organization is a messaging shortcoming that needs to be addressed. Even more potentially troubling—given the 1st SFAB is still filling its billets but is already scheduled to deploy sometime next year—this entire issue could have been avoided with a little bit of patience. Ironically, patience is something the 1st SFAB’s commander has said is key to success in its advising mission.

To be sure, as Gen. Milley himself noted, anger over the beret and unit patch shouldn’t be directed at the SFAB itself. But regardless, for an organization rightly focused on individual and collective training ahead of a looming deployment, the negative attention is a distraction. Some of the criticism is unwarranted and based on misunderstandings, but all of it indicates a sub-par communications strategy. This is not the first time a uniform change generated such a reaction, which means it could likely have been predicted and avoided. Army-wide responses to Gen. Eric Shinseki’s decision in 2001 to take the Ranger Regiment’s black beret and make it the primary headgear of the entire Army should have been enough to give Army decision makers pause. Potential points of friction could have easily been spotted, and the backlash may have been completely avoided. If such efforts occurred, they were not effective.

In particular, the beret continues to generate significant resentment (as much as social media commentary can be considered as such), and it started with the choice of a beret color perilously close to the Special Forces’s iconic green beret. The fact that the beret is based on British headgear—“more of an olive brown,” Gen. Milley described it—and not the iconic US Special Forces beret was not made public before thousands of people looked at the leaked photo and saw a green beret. Again, messaging.

The Asymmetric Warfare Group (AWG) offers a useful point of comparison. Founded in 2004, the AWG advises commanders and helps develop solutions to challenges they confront in their operating environments. Like the SFAB, it was created based on operational conditions encountered in Iraq and Afghanistan. Also like the SFAB, the AWG employs an assessment and selection process before candidates progress through further training (although the processes do differ between the two). Both the SFAB and the AWG are unique organizations with unique missions. Though the AWG does have a distinctive unit patch, so do hundreds of Army units. AWG-assigned soldiers do not wear distinctive headgear—something reserved for a much more select set of Army organizations that have particular historical significance (cavalry Stetsons) or showcase an elite status (Rangers, Special Forces, and Airborne units). The SFAB can claim neither, at least not yet.

The beret isn’t the only new SFAB trademark. Their newly adopted unit patch has created similar agitation, albeit on a smaller scale than the beret. The patch is a combination of either a “Combat Advisor” or “Advise-Assist” tab and an arrowhead-shaped patch with an upright sword inside. The SFAB patch pays homage to a combination of the Military Assistance Command, Vietnam (MACV) insignia and the MACV Recondo School arrowhead patch. Gen. Milley confirmed the MACV inspiration for the new SFAB patch, which makes sense given how comparable the mission sets are between the two commands.

Parallels to the Recondo arrowhead patch are harder to make. Though there were versions of the Recondo School stateside, most well-known was the school developed and implemented during combat in Vietnam. The focus was on long-range reconnaissance operations deep inside enemy territory, culminating with an actual patrol against enemy forces. If the SFAB advisors are performing their established tasks, their operations should not resemble the heavily armed, small-team patrols typical of Recondo units. And while many units do have arrowhead-shaped patches, the stylized shape of the Recondo patch (and now the SFAB patch) is very distinct.

The last feature of the patch blasted in the blogosphere is the “Advise-Assist” or “Combat Advisor” tab.  Little credit should be given to claims this tab is a rip-off of the Special Forces “long tab.” There is solid precedent for the wear of “unearned” tabs in the Army already, another fact Gen. Milley pointed out. Among others, the 10th Mountain, 82nd Airborne, and 101st Airborne (Air Assault) Divisions all have tabs that require no qualification or assessment for assigned personnel. Each of those tabs is only authorized for wear while assigned to the unit, and the same goes for the Combat Advisor tab. Aside from being curved and located above the shoulder sleeve insignia, the two tabs share very little visually. That has not stopped criticism. What is important is that the advisor Additional Skill Identifier will have to be earned, by completing the advisor academy and a subsequent deployment.

While Shinseki’s infamous black beret decision shows, perhaps, what not to do, the approach adopted by the Maneuver Center of Excellence (MCoE) demonstrates the opposite. The MCoE made a public call for recommendations for their unit insignia, shoulder patch, and motto. The patch underwent several minor changes from 2008 to 2009, and was officially distributed in 2009. There was no backlash, no change.org petitions. The final product made sense. Proactive engagement allowed the unit to avoid unintentional missteps. Since the SFAB patch has yet to be officially adopted, there may be time to adopt the same method. Doing so would be reactive, but might earn the SFAB more supporters from the current population of detractors.

All this begs the question as to why the SFAB needs special uniform features at all. According to Army Regulation 670-1 (Wear and Appearance of Army Uniforms and Insignia), uniforms are a symbol of professionalism that indicate pride, esprit de corps, and morale. From this perspective, distinctive features make sense—unit members are set apart, unique, and easily identified. Having something new and distinctive is not the issue. Borrowing so many features from historically significant organizations—without having first matched the assessment, training, and operational rigor—is the problem. Someone should have expected such a swift backlash. These things are deeply personal.

Spending a little time on the 1st SFAB’s Facebook page makes one thing certain: the unit is training and preparing its people. With an accelerated deployment timeline that puts them into a combat environment months ahead of the original schedule, that is exactly where the focus should be. The uniform issues, while intended to instill pride and garner positive attention from potential recruits, have proven ill-timed and were largely avoidable. The key for the SFAB is proving whether the investment in talent, time, and training dollars was worthwhile. But with the pressure to do so, and do so on a rushed deployment timeline, the Army needs to be clearing distractions from the SFAB’s way, not creating them.