On Talks with North Korea: The Parable of the Mountain Rabbit 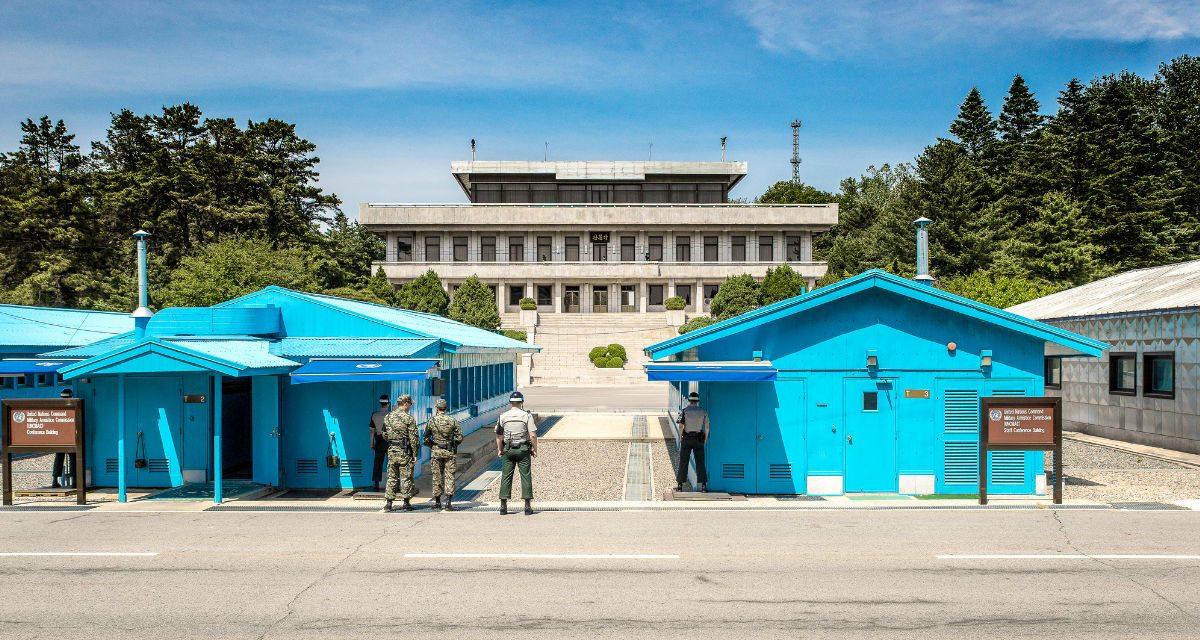 I think a lot about the Korean peninsula. When news emerges from there, I take note. Like recently, when both the commandant of the Marine Corps and the secretary of defense made ominous statements that signal the serious likelihood of another Korean war—these made me a little uncomfortable.

Or, when North Korean dictator Kim Jong Un decided, as he did last week, to make a public address opening the door to diplomacy, words that have been accepted and furthered by the South Korean prime minister. Today’s talks in Panmunjom (the village that straddles the DMZ between the two countries) are the first between the countries in two years and have a long-shot potential to forestall war.

A parable, for those that haven’t been around a nursery room or bible study lately, is a “short, allegorical story designed to illustrate or teach some truth.” The Parable of the Mountain Rabbit follows this tradition in its brevity, folk wisdom, and lesson about important differences in strategic culture across the Pacific.

Admittedly rough, the parable depicts Chinese, American, and Korean approaches to a common task. While the Chinese rely on mass and the Americans on technology, the Koreans, as the parable has it, prefer a simpler, personal, tougher approach: determination. A broader description might include phrases like: “mind over matter,” “sheer willfulness,” “hard bargaining,” or even “grappling with a problem until it gives in.” And, as the parable makes no distinction between “North” and “South,” the characteristic depicted is assumed to be common to Koreans above and below the DMZ. Of course, such stories may be fairly criticized for being crude national stereotypes, and certainly can’t be considered one-size-fits-all.

But, strategic cultures do vary from one country to another, often widely. And if there is even a hint of truth in this story, it’s worth retelling for its ability to help understand the different players in the current high-stakes game of war and diplomacy. The story may just provide some added insight to those paying close attention to today’s talks between North and South Korea.

So, without further ado, the Parable of the Mountain Rabbit:

The Chinese, Americans, and Koreans decided to compete to see which could catch an elusive rabbit on a large mountain the fastest. The United Nations sent a judge to decide the victor.

The Chinese went first, and deployed 100,000 People’s Liberation Army soldiers to cover every square inch of the mountain—they found the rabbit in ten hours.

For their turn, the Koreans sent just two soldiers up the slope and within two hours they had found, subdued, and dragged a bear back to home base and declared, “Here’s the rabbit.”

The Chinese and Americans protested: “That’s a bear!”

Before the UN judge could reply, the bear rolled over and said, “I’m a rabbit, I’m a rabbit!”

At this point, some might ask what a bear that insists it’s a rabbit has to do with Korean determination. (I was there once myself.) The essence of the tale’s punchline is that nobody can make a square peg fit in a round hole like a Korean, or, in this case, pound a captive bear into believing it’s a desired rabbit. It also might signal a Korean strategic proclivity for the simpler, difficult task (finding a bear, corralling it, and convincing it to cooperate) over a relatively nimbler approach (locating and capturing a rabbit on a large mountain). But those are just a couple of takeaways I key in on—as with many such stories, different minds can take a multitude of lessons from the same set of words.

If actually indicative of Korean strategic culture, how might this parable play into the inter-Korean dialogue? Compromise will be harder to achieve when both parties bring such determination to the table, which, should be no surprise as the war between the Koreas is technically still ongoing. Both sides fundamentally believe themselves to be the rightful ruler of the entire Korean peninsula, which dramatically complicates the quest for any kind of grand bargain.

But we can hold out hope that the stalemated reality, and maybe even the upcoming Olympic Games, overwhelm whatever sense of determination is correctly alluded to in the Parable of the Mountain Rabbit.

And, in this case, I also find myself hoping a fairy tale turns out to be false.