Task Force Smith and the Problem with “Readiness” 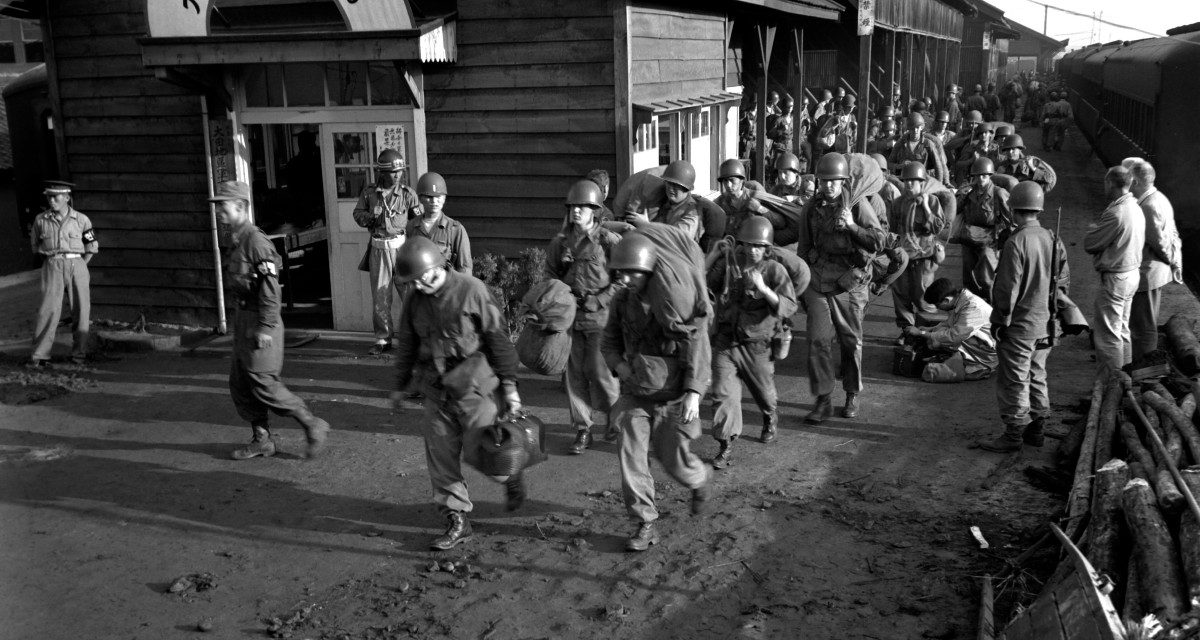 In the rainy predawn darkness of July 5, 1950, two US Army rifles companies reinforced by six howitzers—about four hundred men in all—dug in on a saddle-shaped hill straddling a highway just north of Osan, South Korea. The hill was an outstanding north-facing defensive position: to this day, a soldier on that hill can see eight miles of the crucial strategic road that bends northwest, towards the city of Suwon, today known as the home of Samsung, but in 1950 famous for the ancient walls of Hwaesong Fortress that surround it. Two weeks before, communist North Korea, with Soviet support, had crossed the 38th parallel and invaded America’s partner South Korea. The American soldiers entrenched on the hill, called Task Force Smith after their commander, Lt. Col. Charles B. Smith, were about to become the first American soldiers to see ground combat in the Korean War.

The US Army remembers Task Force Smith vividly. “No more Task Force Smiths” has been a mantra since the 1990s. T.R. Fehrenbach’s 1963 book This Kind of War: A Study in Unpreparedness, which includes a detailed account of the battle, is a perennial feature of military reading lists that was recently recommended by former Secretary of Defense James Mattis. Fehrenbach writes that Task Force Smith had “neither arms nor training” and that due to stingy defense spending and poor leadership, its defeat was inevitable. The Army constantly invokes the legacy of Task Force Smith as a justification for “readiness,” its catch-all term for preparedness for any war, which of course requires big budgets.

Ironically, on paper, Task Force Smith was “ready.” Smith’s outfit—1st Battalion, 21st Infantry Regiment—had received the highest score of any unit in Japan on its battalion tactical test in March 1950. Nonetheless, few of them had expected that readiness to be tested. They had been occupying Japan when they received urgent orders to fly across the Sea of Japan and help stop the rout of South Korean forces, which were in full retreat after abandoning Seoul. The task force’s higher commander, Brig. Gen. John H. Church, told them their mission was to provide “moral support” to the Koreans, casually telling Smith: “All we need is some men up there who won’t run when they see tanks.” Gen. Douglas MacArthur, the supreme commander of American forces in the Far East, would later say he intended the task force to deliver “an arrogant display of strength.”

Around 0730 local time, a column of thirty-three North Korean tanks moving south became visible on the highway. They were Soviet-made T-34s, the same tanks used to defeat Nazi Germany in World War II. When the lead enemy tanks were four thousand yards away, the American howitzers opened fire. To their surprise, most of their artillery shells ricocheted off the tanks’ angular steel armor. A heroic second lieutenant, Ollie Connor, was even more shocked when he fired twenty-two rockets with a bazooka at the lightly armored back of a T-34 that was only fifteen yards away, and they bounced off. By 1000, the harassed North Korean tank column had rumbled down the highway that bisected Smith’s defensive position and disappeared to the south. The artillerymen had destroyed two tanks and disabled two more, but in the process the forward howitzer’s crew had expended all six of the task force’s precious antitank rounds, their only weapon that could penetrate the armor of a T-34. Task Force Smith had seen tanks and not run, but it had also learned it was impotent against armor. The tanks had cut the communications wire connecting the infantry and artillery, overrun the artillery positions, and inflicted an unknown number of casualties, leaving the task force battered.

At about 1115, another North Korean column appeared. It stretched six miles to the horizon and included tanks and thousands of infantry. Task Force Smith opened fire again, but within half an hour, they were surrounded, and North Korean tanks were raking their positions with machine-gun and cannon fire. Any of the arrogance that MacArthur had hoped for and that the soldiers still had evaporated, and many began to “bug out,” a polite term for desertion. Outnumbered and outgunned, Smith ordered a retreat, abandoning the dead, the wounded who couldn’t walk, and the howitzers. By the end of the day, 150 American soldiers were dead, wounded, or missing, and the North Koreans’ advance continued for weeks more.

Fehrenbach’s assertion that Task Force Smith was materially unready for war is certainly true. Its weapons were simply inadequate: its howitzers had been salvaged from scrap after being condemned, and there had been only eighteen antitank rounds available at nearby depots in Japan when the war started, so Task Force Smith was lucky to receive six of them. The unit’s ammunition, most of which had been in storage since World War II, proved unreliable. And perhaps most significantly, Task Force Smith’s bazookas were no match for Russian-built tanks, because the Army had not yet fielded an advanced bazooka that could defeat them. The issue of Army readiness soon became political, and shortly after the battle, LIFE magazine ran a photo of an American soldier’s corpse and blamed President Harry Truman for not spending enough on defense. Everyone agreed that, as Gen. Matthew Ridgway put it at the time, Army readiness before the Korean War was “shameful.”

Nonetheless, Task Force Smith had met the Army’s abstract standard for “readiness” before the war. While the actual training reports do not survive, according to Bill Wyrick, who served as a platoon leader in Task Force Smith, on paper the unit had completed all “individual and collective training program tasks,” and as mentioned above, the battalion had achieved the highest score in Japan on its tactical evaluation.

So, was Task Force Smith “ready” or not? Lt. Col. Smith himself would later say that his training regime “was almost non-existent” and that claims that he conducted useful live fire training were “hogwash,” seemingly contradicting Wyrick. If you tell this to modern soldiers while conducting a staff ride at Osan, they suspect they know the game the unit was playing. The late-1940s Army was beginning to adopt mandatory training regimes to ensure readiness that survive in other forms to this day. In all probability, the soldiers of Task Force Smith were among the first representatives of the Army’s enduring tradition of achieving impossibly ambitious training objectives by recording training that never occurred, thus achieving “paper readiness.” Indeed, the veterans of Task Force Smith seemed certain that the higher echelons of their chain of command were blissfully unaware of their low readiness. As a group of them wrote to President Reagan in 1985: “We are sure President Truman did not know how badly we were equipped when we were committed.”

None of this should undermine the legacy of Task Force Smith. It was an understrength battalion that faced the nearly impossible mission of stopping an enemy division. Many of its members performed exceptionally valorously in combat. Moreover, no matter how “ready” Task Force Smith was, abstract readiness does not win battles. It is based on an idea, enshrined in law since 1999, that a force can be quantifiably “ready” for a broad set of possible contingencies. War is often not that abstract, however: today, a war in Korea would require radically different equipment than a war in Poland, because of the radically different terrain and enemy equipment involved. The real lesson of Task Force Smith is that striving to achieve abstract readiness creates perverse bureaucratic incentives that make readiness harder to measure, and no amount of arrogance—or spending—can make up for that.

Capt. T.S. Allen is a military intelligence officer who has served in Korea and Afghanistan.

Sgt. Maj. Jackson Perry is an infantryman who has spent over thirty-three months in combat in Afghanistan.