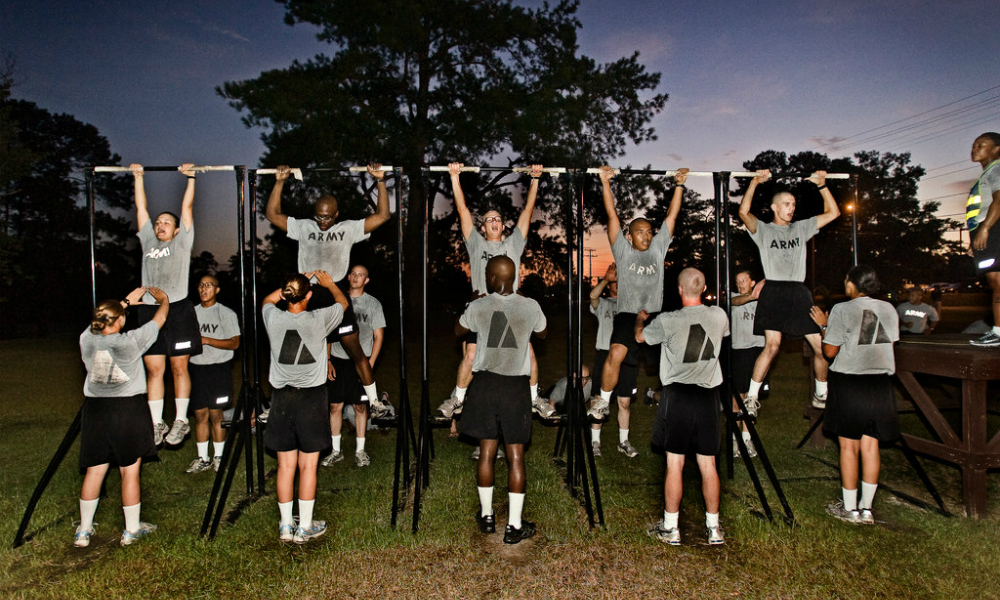 I recently visited my home state in the Midwest. While out for lunch I was amazed that the number of overweight or obese people dwarfed those who appeared healthy.  I wasn’t being judgmental, just an objective observation.  I usually feel sad for the overweight children who have no choice over their decisions that lead to being unhealthy.  But this time I was afraid for the safety of our nation.

As we enter the general election, the single biggest national security question our candidates should address is the future health of our country. They would be wise to take a note from the pages of President John F. Kennedy, who in 1960 while president-elect wrote a three-page article in Sports Illustrated titled “The Soft American” outlining the consistent decline in the health and fitness of the American population.

A veteran of World War II, Kennedy affirmed the connection between the health of each citizen to our collective security; that getting soft “can help to strip and destroy the vitality of a nation.”   He fully believed the health of our citizenry was vital to our success as a nation.  Our health is not only the key to America’s ready reserve for armed conflict but also the vitality of our intellectual, psychological, and emotional determination for future progress.

Kennedy would not be happy with where we’ve come as a country.  Over the past 35 years, obesity rates have more than doubled. The average American is more than 24 pounds heavier today than in 1960. 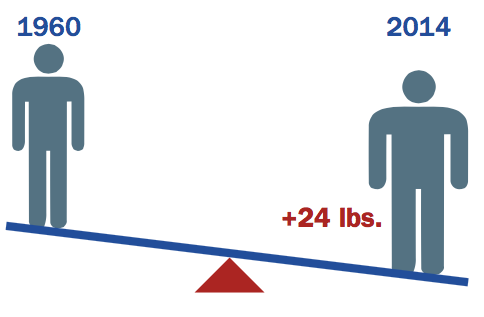 A recent Center for Disease Control and Prevention (CDC) report shows that roughly 30 % of Americans over the age of 20 are obese. Compare that figure to 1997, when about one in five Americans was obese.  It is not unreasonable to predict that without concerted action, over half of the American population will be obese in the near future.

The stakes are clear: The greatest national security emergency tied to our declining health is not having a population capable of defending our nation in a crisis. The Department of Defense estimates that 71 percent of the roughly 34 million 17- to 24-year-olds in the U.S. today would fail to qualify to serve in uniform based mostly on physical health disqualifications – obesity being the biggest.  All signs show that this problem will only grow.

I’ve served 23 years in the military.  I often tell people that when I joined the Army at the age of seventeen I was re-raised.  I had never ran more than a mile.  I believed a dinner of candy bars and microwave meals was sufficient.  The military not only had to teach me how to eat, exercise, and generally lead a healthy life but also had to build my body into fighting shape.

Since Kennedy, there have been no shortage of initiatives, presidential committees, and plans to improve American health.  Most recently First Lady Michelle Obama has made it a priority to improve American nutrition policies. But the health, nutrition, and fitness problems we face persist on a societal level.

A half century ago, Kennedy wrote that leadership is needed to attack this constant decline stating “this is a national problem and requires national action.”  He put his clear, simple and direct plan in print.  He assigned Cabinet level responsibility, opened the door for state involvement, and most importantly established action items he would monitor.

Our widening waistlines are not just a public health issue, but also pose a potential national security emergency. The next president of the United States needs to take the issue out of the East Wing, place it back in the West Wing, and, like Kennedy, devote sufficient resources to tackle the problem. Our future ability to fight and win wars depends on it.

Major John Spencer is a scholar with the Modern War Institute at the United States Military Academy in West Point.  A former Ranger Instructor,  he has held the ranks of private to sergeant first class, and lieutenant to major while serving in ranger, airborne, light, and mechanized infantry units during his 23 years as an infantryman. The views expressed in this article are those of the author and do not reflect the official policy or position of the Department of the Army, Department of Defense, or the U.S. Government.
Share on Facebook Share
Share on TwitterTweet
Share on LinkedIn Share
Send email Mail
Print Print