Thermopylae, Alaska: A Remarkably Small Part of the US Military Responsible for Nuclear Missile Defense 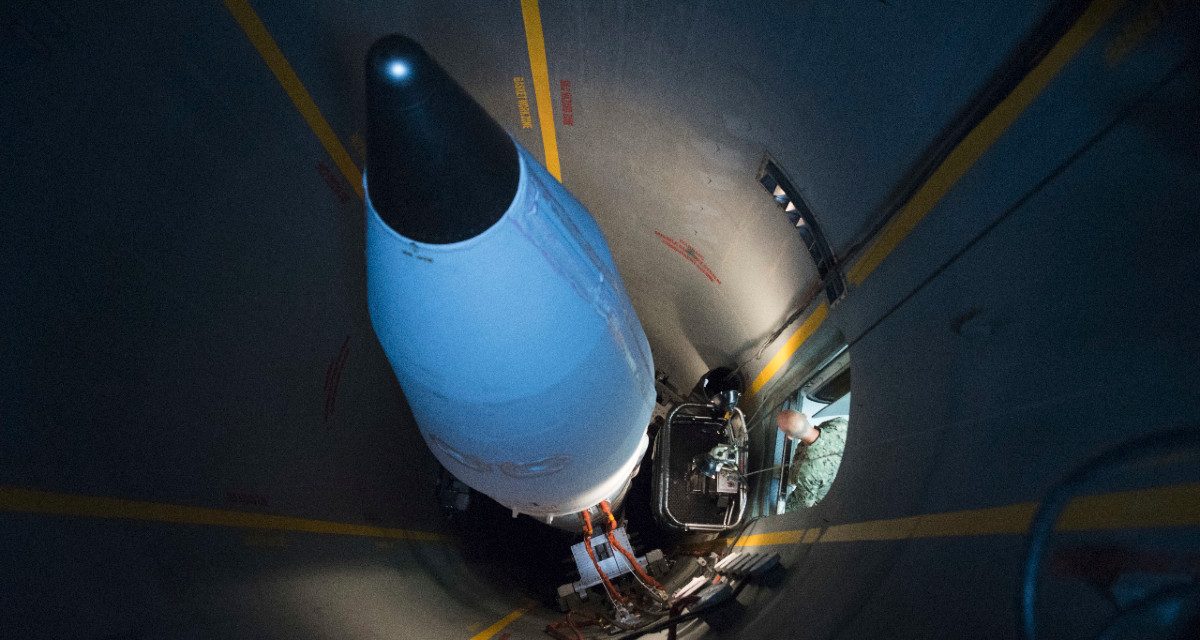 Daniel Wasserbly, The 300: The Inside Story of the Missile Defenders Guarding America Against Nuclear Attack (St. Martin’s Press, 2020)

Despite its dull and machine-centric cover (missile, plume, radar scope), which made me think it was an Air Force book rather than an Army one, Daniel Wasserbly’s The 300: The Inside Story of the Missile Defenders Guarding America Against Nuclear Attack is a detailed, almost intimate, story of average Americans joined together in two US Army units, prepared to do extraordinary things in case of the unthinkable—a nuclear missile attack against the United States. If not for this book, these soldiers, laboring quietly in darkened ops rooms, would have remained anonymous to the general population. While the book’s broader, ostensible purpose is to describe the stand-up of the US Ground-Based Midcourse Defense (GMD) capability—its difficulties, failures, and successes—the author concentrates on the personalities who are central to the fielding and initial operation of the system.

While reading the book, I became fixated on the personal stories of the soldiers who compose the “300,” specifically the extremely few who sit “watch,” ready to launch interceptors at incoming ballistic missiles, as well as the military police soldiers who guard the installations. It’s a narrative about technology and hard military capabilities, to be sure, but told in a uniquely personal way. The stories reminded me so much of the pleasures—but also the concerns and anxieties—of my own twenty-six-year military career, as well as those of my bosses, peers, and subordinates: Do I stay in or get out? What assignment is best for my career advancement and my family? Is the new location family-friendly? Do we live on post if the option is available? If not, do we rent an apartment or buy a house? Do we sell the house we’re presently in or brave renting it? What are the schools like? Multiplied over a twenty- to thirty-year career, such deliberations can become mentally and emotionally exhausting for members and their families—and by including them, Wasserbly adds an unexpected level of richness to the exploration of missile defense.

One fact that did surprise me in the book, although it shouldn’t have, was that the 100th Missile Defense Brigade in and around Colorado Springs is a mixed-component unit, with both active-duty and National Guard soldiers, and the 49th Missile Defense Battalion at Ft. Greely is an Alaska National Guard unit permanently on active duty. Despite my two and a half decades in uniform, I was unfamiliar with this mix of Title 32 and Title 10 authorities. I assumed the GMD units were active duty. It was just another reminder that the US armed forces cannot accomplish their missions without Guardsmen and reservists.

Because I often worked in smaller units and within small teams during my career, I appreciated the author’s detailed description of the interpersonal, intrateam dynamics of the two units—officers vs. enlisted, active-duty Army vs. Guardsmen, small team vs. larger organization, the doers vs. the enablers, servicemembers vs. contractors, and short-timers vs. locals. The soldiers’ antics were classic and provided comic relief. It’s all there and put a smile on my face as I was reminded of similar personalities and circumstances I encountered in my career.

Four thoughts circled in my mind as I reached the end of the book. First, while Wasserbly emphasized the very few Army operators at Ft. Greely, Alaska and Schriever Air Force Base, Colorado who will execute an intercept of an incoming nuclear-armed ballistic missile and all the awesome responsibility that entails, I was struck by the vital role of non-servicemembers in GMD’s design, manufacture, testing, and maintenance. Everything the soldiers are using to make decisions and then execute those decisions were designed and built by scientists and engineers. They are the unsung heroes of this story. Without them, there would not be this frankly incredible and seemingly miraculous capability of essentially shooting an enemy bullet out of the sky with a friendly one.

Second, GMD, like many other military capabilities yet perhaps even more so, is really a complex, mutually dependent system of systems, composed of sensors, communications technology, computational programs, propulsion systems, and space vehicles. How many remarkably skilled professionals are necessary to take such a capability from research and design, through manufacture and testing, to fielding, operating, and maintaining so many US capabilities? It is humbling and a little unsettling to realize how inconsequential, in certain respects, individuals have become in modern war. The whole—in terms of the capability provided by units like the two Wasserbly writes about and their supporting casts—is immeasurably greater than the sum of its parts. When describing the actual targeting of an incoming missile and launching of the GMD interceptors, it was telling the author noted that the Army operators at Greely and Schriever are there more to “constrain” the system than operate it. In other words, the system can practically employ itself and has a mind of its own.

Third, it takes national resources—considerable societal wealth—to fund all the work of the scientists and engineers to design and build the bullet that intercepts a bullet. The author covers some of the contentious budgetary politics of GMD and the Missile Defense Agency tasked with fielding the system. Put pointedly, only a big country with lots of resources can field such a system, which reminds me of an uncomfortable exchange I had with my Royal Air Force supervisor in the 1990s. When discussing some controversial topic, he said, “Jonathan, it’s not that the British don’t have the brains and brawn to do [this] as well or better than the Americans, we just don’t have the resources you do.” That was a sobering exchange about political economy I’ve never forgotten. Money talks.

Finally, despite all the billions spent, despite all the training, despite all the emotional energy attached to defending the homeland, the GMD system is very limited. It was designed and fielded to do one and only one thing—protect the United States from a very limited number of unsophisticated, nuclear-armed ballistic missiles. But that one thing is a big thing, and beyond the 300, US nuclear defense remains predicated on deterrence—including the promise of mutual assured destruction—and that is a truly sobering thought.

Dr. Jonathan D. Arnett is the director of research at the Modern War Institute. He graduated from the US Air Force Academy in 1992, earning his commission and BS in political science. He has a PhD in political science from the Nelson A. Rockefeller College of Public Affairs and Policy at SUNY-Albany, a Master of Military Operational Art and Science from the Air Command and Staff College, and a Master of Strategic Intelligence from the Joint Military Intelligence College.