Three Reasons Why Palestinian “Pay for Slay” is Here to Stay 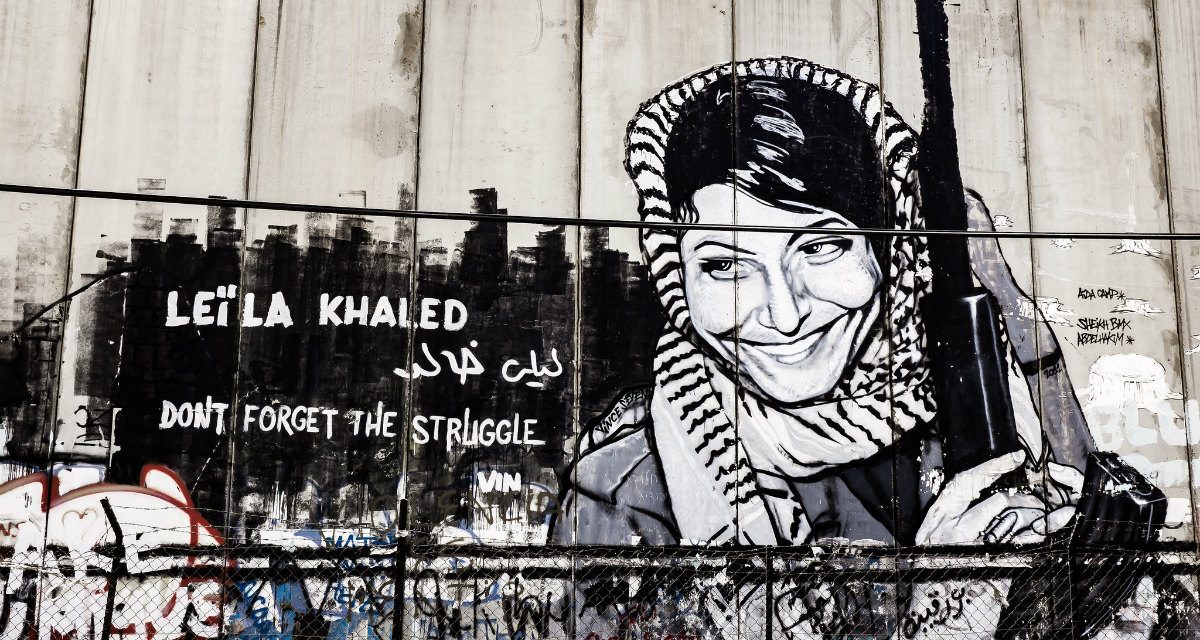 In the Israel/Palestine conflict there are several complex and intractable issues—the division of Jerusalem, the viability of a two-state solution, Palestinian sovereignty, Israeli security, and, of course, terrorism, among others. All of these issues are interconnected, and it’s hard to focus on solutions to one without simultaneously working to solve the others. The same is true about a lesser-known but equally complex issue colloquially referred to as “pay for slay.” This is the policy of the Palestinian Authority (PA) to offer large and continuous cash payments and other incentives to individuals who carry out “resistance,” including terrorist acts, inside Israel and the West Bank. These payments to individuals or their families total $300 million a year. Coincidentally, this is roughly the amount that the United States provides the Palestinian Authority in annual foreign aid. This fact helps give rise to the misperception that the US government is helping fund terrorist acts against America and its allies, and prompted calls for the PA to end the practice of “pay for slay.” For political and practical reasons, however, that is unlikely to happen anytime soon.

“Pay for slay” came to many Americans’ attention for the first time when Taylor Force, a US citizen with no obvious connection to Israel, was murdered—and his wife critically injured— during the “stabbing intifada” of 2016. He was knifed to death in the Israeli city of Jaffa while on an academic trip to the region with his graduate school program at Vanderbilt University. Taylor was a West Point graduate, former Army officer, and veteran of both Iraq and Afghanistan who was able to survive two combat tours but not his first trip to Israel. By any definition his death was a criminal act; it was simultaneously a terrorist attack and a hate crime. Yet the Fatah political organization that runs the West Bank described his attacker, who later died in a clash with Israeli police, as a “heroic martyr” and instituted payments to his family.

These sorts of payments are at the heart of the “pay for slay” controversy. They are not just under-the-table terrorist financing; they’re part of Palestinian Authority (PA) law. 2004’s “Amended Palestinian Prisoners Law No. 19” was constructed to support anyone who was jailed by Israel for “participating in the struggle against the occupation” and considers such individuals “an integral part of the fabric of the Arab Palestinian society.” Struggling against the occupation apparently includes acts ranging from throwing rocks to murdering American tourists. While not all, and perhaps not even most, of “resistance” includes carrying out terrorist acts, the fact that any funding at all goes towards supporting terrorists—and thereby encourages future acts—is problematic. Also problematic is the fact that despite intense international pressure, these payments are likely to continue indefinitely.

It is important to understand the grievances that, in part, drive these violent acts. As I discovered during my trips to the region with Yale students and West Point cadets as part of the Peace and Dialogue Leadership Initiative, Palestinians are frustrated with many things: their economic prospects, their political situation, and most of all, the Israeli occupation. These issues provide sufficient intangible motivation to lash out, but PA policy provides some very real incentives for carrying out these crimes as well.

To begin with, if you go to jail for fighting the “Zionists” you are a hero, and who doesn’t want that? If you carry out acts of violent resistance, they might paint your name and likeness on the Separation Barrier in Bethlehem, or if your crime is heinous enough, even if you die they may name a street or public square after you. In addition to the prestige and “street cred” provided by carrying out these attacks, there are more tangible benefits as well. Assuming they do not die in the commission of their crimes, upon release former prisoners are absolved from health insurance payments, and tuition is waived for professional training programs. Tuition at state-run colleges is likewise waived. Depending on the severity of the offense, there may be a good government job waiting for you when you get out. And then, there’s the money.

Palestinians who commit terrorist acts in the name of “resistance” stand to gain a lot financially. In a region with high unemployment, low economic prospects, and sluggish economic growth, going to an Israeli jail for a few years could be a logical investment in one’s future, and the more serious the crime, the more serious the reward. There is a graduated incentive scale that appears to be based on the kinds of violence that occurs and who carries it out. An Israeli Arab who commits a terrorist act sufficient to land him or her in an Israeli prison for thirty years will earn $39,000 a year for the duration of the sentence, and will have a job with the PA waiting upon release. Given that the per capita GDP in the West Bank is around $2,800, and the likelihood of getting released early as part of a political concession or prisoner exchange, there is a huge financial incentive for carrying out these attacks.

So, possible motivations for carrying out violent acts of resistance include a desire for Palestinian independence, frustration, revenge, social benefit, and financial incentives. But why does the PA allow the payments in the first place? “Pay for slay” contributes enormously to the rift between Israel and Palestine, has ruffled US policymakers, and causes problems with funders from other nations as well. Israel has started to deduct the amount of “pay for slay” from the tax revenues they collect inside the West Bank and turn over to the PA, and the United States is considering similar action through the Taylor Force Act.

Policymakers and activists in the United States, far and away the PA’s largest external funder, question why the United States is giving so much money to a Palestinian Authority that incentivizes and rewards indiscriminate acts of terror as a matter of national policy. They also point out that if the PA can afford to spend $300 million to encourage and subsidize terrorism, perhaps they don’t need the $300 million dollars in aid provided by the United States. While not going directly to terrorists or their families, the US funds offset the approximately eight percent of the Palestinian Authority’s budget spent on “pay for slay.” Eight percent is a huge portion of the PA budget; for purposes of comparison, the US spends four percent of its budget on veterans’ benefits and services.

Taylor Force’s death, and the Palestinian payments associated with it, brought “pay for slay” home and created outrage inside the United States over American tax dollars being transferred to a foreign government that incentivizes and rewards people who murder American citizens. Even if US funds aren’t going directly into the hands of convicted terrorists, it is offsetting the money that the Palestinians are paying. That’s problematic. The practice is risking innocent lives and is jeopardizing international support for the Palestinian Authority, at a time when the PA really needs as many friends as it can get in order to fend off Hamas and preserve what peace remains in the region.

Given the difficulties that “pay to slay” causes for the PA, and despite recent claims that the practice will end, it’s not going to happen and it’s important to understand why. While there are multiple reasons “pay for slay” will continue, three in particular stand out: political utility, domestic pressure, and the threat of personal violence.

The payments incentivize the Palestinian populace to keep political pressure on the Israelis.

“Pay for slay” is politically useful to the PA. It ensures that Israel, as well as other nations, take Fatah seriously due to the threat of violence. It also serves to keep a restive Palestinian populace focused on an external enemy instead of on the cronyism, authoritarianism, and corruption inherent in the PA. After decades of occupation, Palestinians likely feel convinced that the only way to obtain independence is through violence, and the PA is all too happy to help them continue to feel that way.

Stopping the payments now will create a huge domestic backlash.

All politics are local, and local concerns almost always trump international ones. Continuing “pay for slay” won’t get Fatah forced out of office, but ending the practice probably will. If that happens, Hamas will step in to fill the void. Fatah knows that ending payments related to acts of resistance will be political suicide for the party, much the same as abandoning “right of return” or ceding any land past pre-1967 borders would be. There are too many domestic political downsides to rescinding the policy, and too many people would be outraged.

The Threat of Personal Violence

Palestinian lives will be lost if the PA stops payments now.

Anytime a government stops providing benefits that people think they deserve, there is a vigorous, and often violent, backlash. This would absolutely be the case if Abbas and the PA were to end “pay for slay.” Palestinian grievances, real or imagined, provide fuel and fodder for a never-ending stream of violent acts. “Pay for slay” allows PA to direct grievance-driven violence toward Israel, but if program is stopped, anger and frustration will still be there, and could be redirected toward the PA. Abolishing the practice would probably cause what credibility the PA has left in the West Bank to completely evaporate. That would then put Abbas and senior Fatah officials squarely in the figurative and literal crosshairs of political agitators, current and former prisoners, and the families of deceased terrorists who have become accustomed to the prestige and benefits of the program. Their outrage would result in attacks against Fatah officials, and perhaps even against President Abbas himself. This, perhaps more than any other concern, will ensure that Abbas and his Fatah party continue the “pay for slay” policy. In my experience, few things motivate behavior like the threat of violent death.

It’s hard to see how Palestinian Authority President Mahmoud Abbas can claim that “we are raising our youth, our children, our grandchildren on a culture of peace,” as he recently said to President Trump, when his PA encourages and regularly rewards people who carry out violent acts. At the same time, it’s difficult to see how the PA can end “pay to slay” without completely losing power in the West Bank, which would result in a Hamas takeover, which would make the security situation even worse.

Perhaps the only effort that could potentially satisfy President Abbas’s political constituency as well as external actors, is to announce that the armed resistance phase of Palestinian liberation is over, and won, and declare that it’s time to move into the next step in ending the occupation. At that point he could end “pay for slay” for future attacks, but grandfather in all of those who were previously covered.

But such a decision would require a unique set of circumstance, most notably a politically opportune time to announce this—for example, after a major concession from the Israelis or some other credibility-enhancing event. Those, however, have been few and far between. So in the absence of any other viable solution, “pay for slay” will go on.