Visions of Victory: The Cultural Disconnect Over Airpower Application 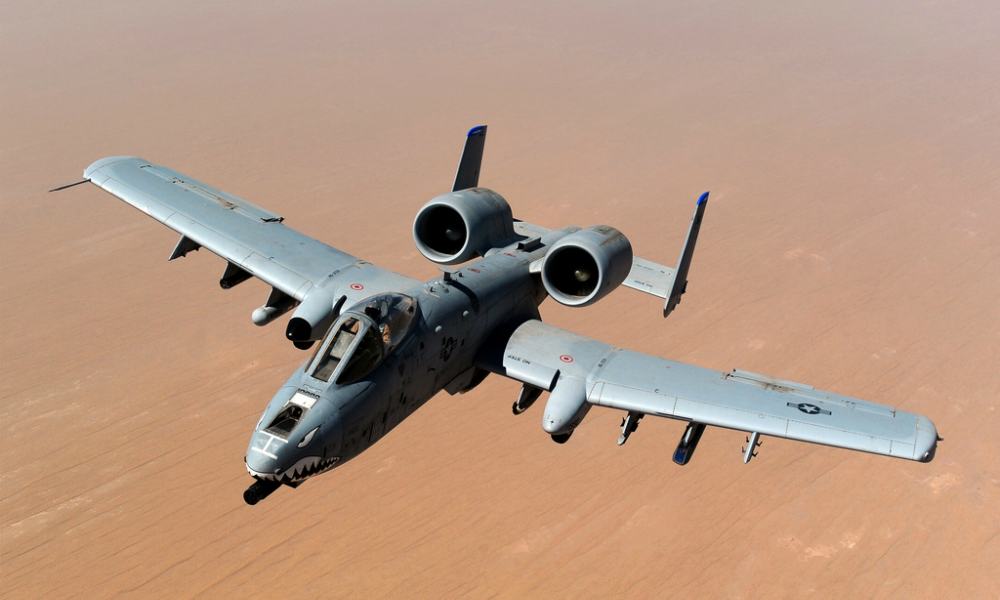 If the debacle over the Air Force’s proposed retirement of the A-10 proved anything, it demonstrated that there is a major cultural disconnect between the services.  As the Air Force leadership tried to make a difficult case for retiring an aging attack aircraft, the A-10 was magically morphed into a proxy aircraft for a specific mission.  No longer a multirole attack aircraft, it was now a single-mission close air support (CAS) airplane.  Even Air Force officers made the mistake of referring to the Warthog as a “close air support (CAS) aircraft,” as if every other counter-land mission that the aircraft does is irrelevant to the fight.  The Air Force foolishly accepted this utterly erroneous description of the A-10 and presumably all other aircraft with air-to-ground capability were now not “CAS aircraft,” despite thousands of CAS missions they flew over two decades.  This aircraft-level discussion obscured the deeper issue with combat airpower—that the air and ground components have fundamentally different views of how victory is achieved, and the “proper” use of airpower in achieving victory.  The underlying assumptions are so deeply held in service culture that we no longer recognize them—and we fall into domain-centric arguments that fail to appreciate the flexibility inherent in airpower.

The Army (and to some extent the Marine Corps) is focused on a land-centric vision of victory.  To the ground component, victory is only achieved by bringing the enemy into close combat and defeating them on the battlefield, so that control of the terrain is established and the enemy is deprived of the ground and everything that lives and moves on it.  This view is deeply embedded in Clausewitzian military theory, where the aim of military action should be focused on the center of gravity (Schwerpunkt).   Never able to pass up an opportunity to define historical concepts in pithy modernism, the Joint Dictionary defines the center of gravity as “the source of power that provides moral or physical strength, freedom of action, or will to act.”  Clausewitz himself defined and redefined the term, but the US Army tends to focus on a single center of gravity and returns to one of the descriptions in On War:  “A center of gravity is always found where the mass is concentrated most densely.”  Clausewitz’s definitions are much more flexible, but the Army’s are not.  One center.  Go for it. 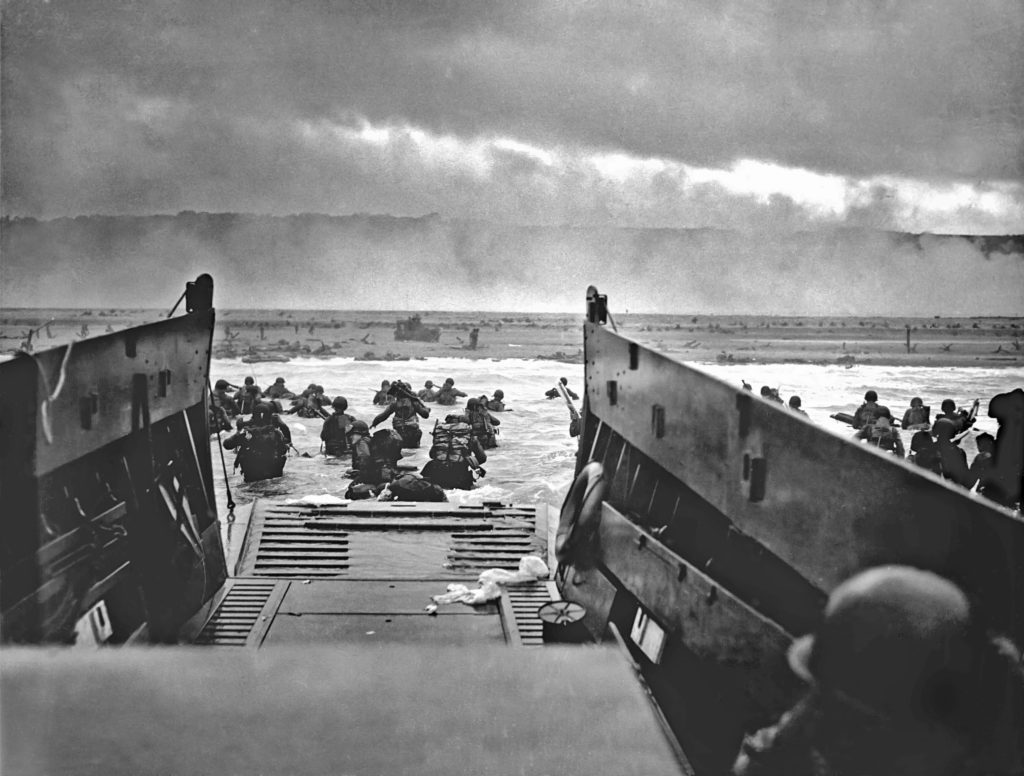 Attacking densely concentrated masses of enemy troops is what the Army’s heavy forces are designed to do.  The legacy of US Army Europe facing the Soviet and Warsaw Pact threat remains in the way today’s Army is constructed, trained, and commanded.  And it makes sense, from a very specific point of view.  If the only way to achieve victory is to close with the enemy, engage in direct combat, and take his stuff, then every other mission that the Joint force provides is a support mission.  Airpower?  Support.  Seapower?  Support.  And the purpose of the Joint force is to support the Army.  But if there are other paths to victory, then there are certainly other ways to conceive of the interrelated pieces of America’s war machine.

Airmen hold a different concept of victory.  Legend has it that the promise of airpower showed a way to not repeat the horrors of World War I’s trenches, by allowing strike against the enemy’s rear areas without the tedious business of fighting over every inch of ground to get there.  Giulio Douhet’s Command of the Air had an influence on airpower theorists from Billy Mitchell to John A. Warden, postulating that strategic strikes against the enemy’s homeland could prove decisive.  Clausewitz has his place here, although the focus is on multiple centers of gravity rather than just one.  In this construct, air forces can bring pain and destruction over the heads of the ground forces and beyond.  Thus, enemy centers of gravity can be attacked directly and rapidly and the time-honored methods used by massed armies since Jericho are obsolete. 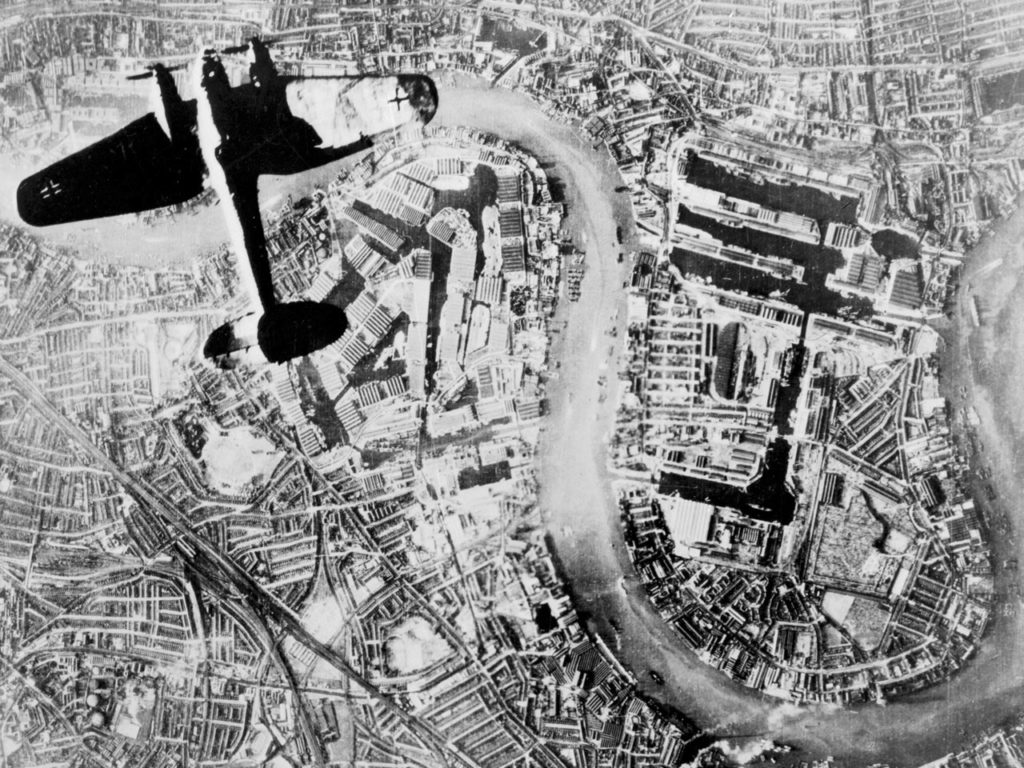 Attacking critical targets is what combat airpower does.  Bombers and fighters can deliver precision weapons against carefully selected targets intended to affect the enemy’s entire warfigthing construct.  Deeply embedded in airpower theory is that the destruction of key targets can affect not only the enemy’s ability to fight, but the will to fight.  Under this vision, an enemy subjected to an attack that dismantles his warfighting system will suffer a critical loss of will.  This vision has not always proven to be valid, but it has enough historical validity (e.g., Japan, Serbia) that it remains.  As long as you buy into this theory, strategic attack is the name of the game, allowing air forces to avoid the messy tactical fight over key pieces of terrain, and to achieve “war-winning” effects. Indeed, the reason for a number airpower tasks is to keep the land component in the fight long enough for the air forces to win the war.  Ideally, the ground component can keep the airfields protected from attack while airpower does its work.  In this vision, any airpower diverted from strategic attack is a sacrifice that doesn’t contribute to victory.

Therein lies the conflict.  The soldier’s view of victory requires that airpower be used to the maximum extent to support the Army, so that it can achieve victory by seizing terrain.  The airman’s view is that the Air Force can take a shortcut to victory if the Army can hold out long enough.  These views matter because they directly affect how airpower is allocated to missions.  For the Army, any sortie not dedicated to ground force support is, from a land-centric view of victory, wasted.  For the air component, sorties dedicated to directly support the ground fight are sorties that may be necessary, but which do not hasten the end of the war.  These opposing points of view are at the heart of many a disagreement—and the basis for the oft-heard (and complete false) criticism that the Air Force “doesn’t care about close air support.”  At the extreme ends, the opposing perspectives are provincial, narrow and ignorant of historical experience.

Making comparisons prior to World War II is a waste of time, since modern airpower was still being developed.  Airpower advocates on both sides got to try out their visions of strategic airpower application over Europe—and they failed.  Airpower was crucial throughout the European theater of operations, but Nazi Germany’s collapse was not brought about by a strategic bombing campaign.  It wasn’t for lack of trying—the 8th Air Force alone lost as many airmen over Festung Europa as the Marine Corps sacrificed throughout World War I, World War II and Korea combined.  But Germany’s defeat was not assured until Allied ground forces advanced across the continent from multiple directions. 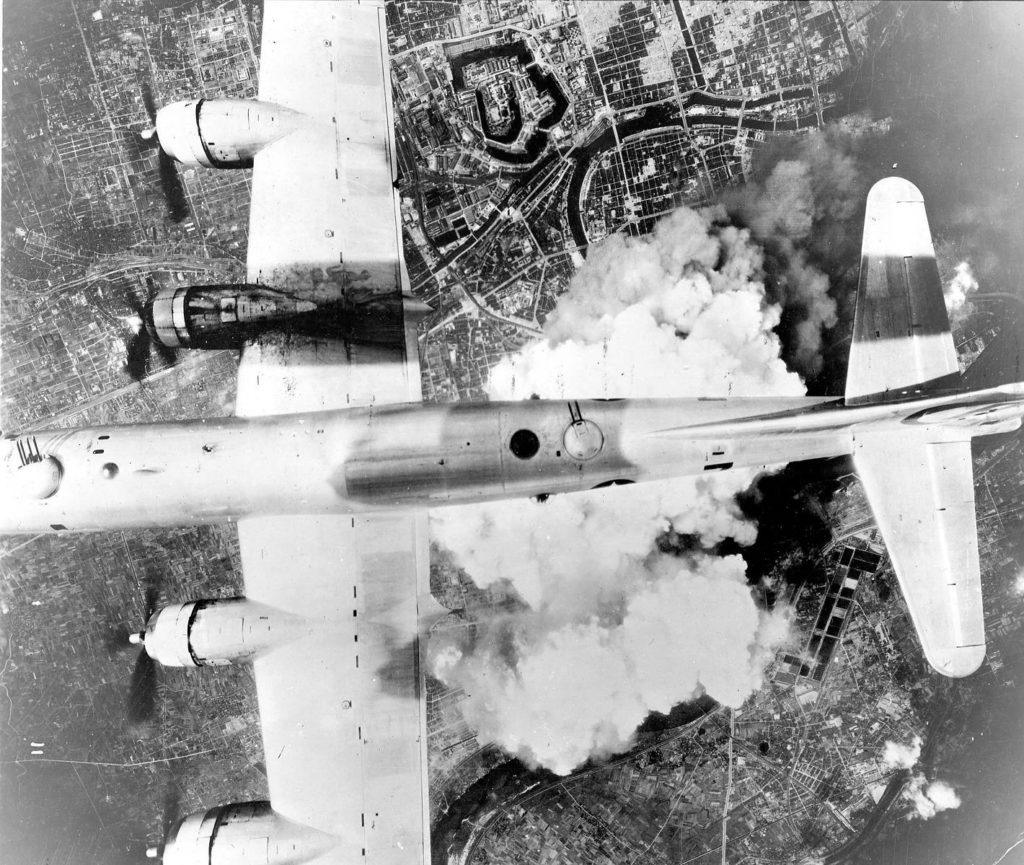 The Pacific War was a different ballgame.  Japan’s unconditional surrender was obtained without a soldier or Marine setting foot on the Japanese home islands.  In the Pacific, the air and maritime campaign strangled Imperial Japan—enabled by hard ground fighting across the islands that were most valuable for their airbase facilities.  The majority of Japan’s imperial holdings were never directly assaulted, instead being bypassed and left to wither.  Air & maritime interdiction was so effective that 110,000 soldiers of 18th Army starved to death in New Guinea, the Solomons and the Bismarcks—almost double the 60,000 killed in action.  Around 60 percent of Japanese war dead were due to starvation.

The key lesson from the same war is that both victory visions were correct—and neither was.  The path to victory wasn’t determined by the wishes of the service branches—it was dictated by the conditions, resources available, and the nature of the adversaries.  Since World War II, airpower has likewise shown that it is an effective military tool—but in only one case  have we attempted a campaign (Operation Allied Force) solely with airpower, gaining a messy victory largely by using precision airpower as a blunt instrument to bludgeon a minor power into accepting constraints on its behavior.  Victory in warfare has proven damned elusive with a Joint force—we have no need to constrain ourselves with service-centric visions or uninformed arguments. 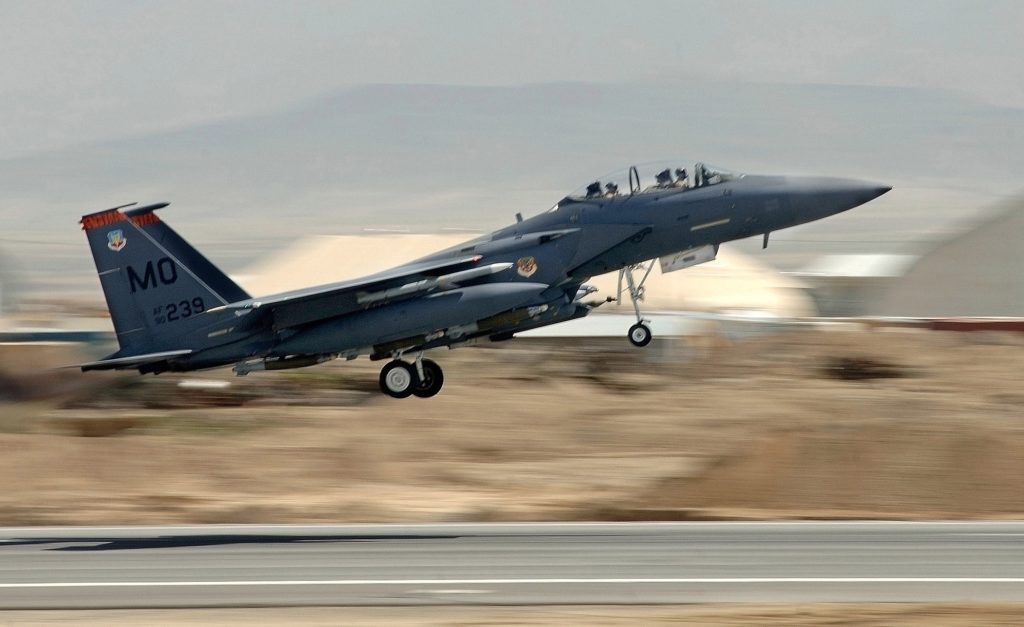 Too often individual warfighters don’t understand how airpower is allocated in the first place.  It’s easy to say that the “Air Force” doesn’t deliver support when the “Army” needs it, but that’s pure bunk.  In a modern command structure, the Air Force and Army are both service components, who are tasked with providing forces to a Joint force commander, or JFC.  Gens. David Goldfein and Mark Milley, the service chiefs of staff, provide forces but do not command them in action.  The responsibility for employment of forces rests on the shoulders of the JFC, who is rarely an Air Force officer.    For all of the whining that the Air Force didn’t provide enough close air support in Desert Storm, or Iraqi Freedom, or [fill-in-the-name-of-operation-here], not one of the major conflicts involving airpower since 1990 was commanded by an air force officer.  At the end of the day, airpower apportionment was done to meet the campaign priorities set by the JFC and not as a result of service views of the proper role of the various components.

Close air support has a tactical effect.  To a platoon leader engaged with hostile infantry at close range, a CAS mission is the most important thing that airpower can deliver right then, and provides an asymmetric advantage to the first side that can bring it to bear.  At the combatant command level, that particular engagement is one of many, part of a much larger effort in support of an overall campaign plan.  There is only so much airpower to go around, and the question of where it is best applied is a constant tug-of-war.  An F-15E might provide on-call CAS to remove an enemy squad from the battlefield, or it might instead drop a bridge ninety miles away, preventing an armored brigade from crossing and reinforcing the ongoing fight.  That same aircraft, with the same ordnance, might be tasked to hunt SCUDs, level a division command post, or suppress enemy air defenses.  The best use of that sortie is understood only when in possession of a much larger view.  Airpower is flexible enough that the focus can be on the timely achievement of campaign-level effects rather than feeding the endless demand for supporting tactical fires.

The disagreement is not going away.  Even among serving Air Force officers (particularly A-10 advocates) there is too much political capital invested in portraying the Air Force as uninterested in ground support in order to advocate for specific capabilities—but this is a family disagreement between airpower advocates.  Between the Air Force and the Army, it is much more of a cultural clash regarding the “proper” use of airpower.  Still, the next time the inevitable argument about close air support breaks out in the public eye, there is wisdom in understanding why the disagreement is so intractable—because it is rooted in fundamentally different warfighting cultures with differing visions of victory. 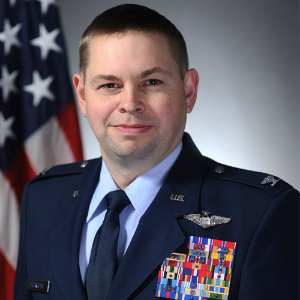 Col. Mike “Starbaby” Pietrucha was an instructor electronic warfare officer in the F-4G Wild Weasel and the F-15E Strike Eagle, amassing 156 combat missions over Iraq and the Former Republic of Yugoslavia and taking part in 2.5 SAM kills over 10 combat deployments. As an irregular warfare operations officer, Col. Pietrucha has two additional combat deployments in the company of US Army infantry, combat engineer, and military police units in Iraq and Afghanistan. The views expressed are those of the author and do not necessarily reflect the official policy or position of the US Government, the Departments of the Army or Air Force, or the US Military Academy.