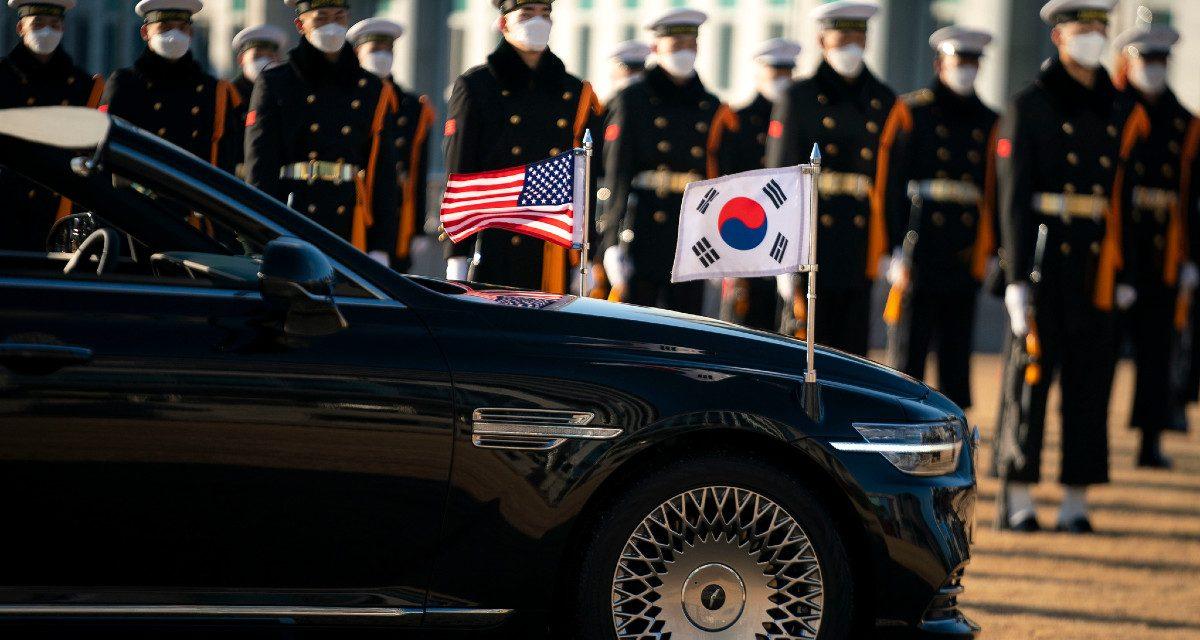 The Biden administration’s recently published National Security Strategy and National Defense Strategy both tout the United States’ “unmatched network” of alliances and partnerships. Both documents also emphasize the importance of data-driven approaches to inform US decision-making and warfighting requirements. At first glance, these two areas of emphasis have little that connects them. But what if there is, in fact, a link—one that doesn’t get the attention it deserves? What if the national security establishment can use data science to understand and improve US alliances and partnerships? We think it can—and have the data to show it.

At CNA, we built a dataset of nine variables across 150 nations and created machine-learning models to quantify the strength of alignment between each country and the United States. The algorithm not only identified countries with the strongest and weakest alignment; it also predicted changes in that alignment. And machine learning makes it possible to identify conditions that will strengthen or weaken alliances.

Applying the science of data to the art of partnerships can help policymakers move beyond assessing bilateral relations based on gut checks of the current moment. Machine-learning tools offer a wider vision that takes into account the decades behind, the years ahead, and opportunities yet unrealized. Policymakers are challenged to account for factors spanning such expansive periods of time—even more so when they must do so for many individual countries across a vast region, or even the entire globe. They would undoubtedly benefit from empirical indicators of the strength of relationships that can be continually updated and refined. These algorithms might also highlight cracks in relationships that may be taken for granted. Data science tools could help in managing a wide array of issues such, from military basing to security cooperation and more.

Our analysis began with open-source data that signify either engagement or hostility between the United States and each of 149 countries with populations greater than one million in 1992. We collected five measure of engagement such as the number of international agreements with the United States and the quantity of US foreign assistance. We also collected four measures of hostility including the number of cyberattacks by the other country against the United States and the number of US sanctions against the country. Without any other information on who is considered friend or foe, our analysis found Canada, Mexico, Japan, the United Kingdom, and Germany most aligned with Washington. China, Russia, and Iran fell at the bottom of the alignment index. Though most of these results are not surprising—a sign of the validity of this proof of concept—they provide a clear, data-driven assessment of these relationships. The rankings also raise red flags about gaps in partnerships in some regions: not one country from Africa or the Middle East was in the top twenty.

A further step was to employ a different machine-learning algorithm to predict the level of a country’s alignment with the United States from a range of political and economic conditions including respect for civil liberties and the volume of exports to the United States. After reviewing a set of relevant metrics, the model predicts the degree to which a country would be aligned with the United States one to five years from any point in time, given a set of political and economic indicators. We enhanced the rigor of our predictions by basing them on a past period of historical data where inputs and outcomes were both known. This allowed us to test predictions against the alignment index we generated previously.

Predictive analytics can inform our understanding of whether an alliance or partnership is on track to strengthen in the coming five years. It can also highlight which relationships are weaker than would be expected given a country’s political and economic track record. For example, we found that the current alignment strength is significantly lower than predicted by economic and political conditions in Singapore, the United Arab Emirates, Namibia, Benin, and Lesotho. This could be a signal to policymakers to investigate whether Washington has missed opportunities for closer alignment with those states. Such a finding has vital security implications—Singapore and the United Arab Emirates, for example, provide important access to US forces. Singapore permits rotational deployments of US littoral combat ships and P-8 Poseidon aircraft, while the United Arab Emirates hosts a few thousand US military personnel, mainly at al-Dhafra Air Base, and its ports including at Jebel Ali host more US Navy ships than any other port outside of the United States.

A Data Science Playbook for Policymakers

For policymakers to employ a data science approach, there are important questions that human subject matter experts will have to answer first. First, what are the specific goals with regard to allies and partners? Each interagency office approaches the subject through a particular lens. USAID’s goals for allies and partners look different from those of the Pentagon, US European Command, or the State Department’s Office of Policy and Planning.

Second, what are the meaningful indicators of these goals? The nine variables chosen for CNA’s alignment index model are only a starting point. The metrics that each US government agency uses to assess progress may be an important starting point, and experts will need to play a role in finding the right indicators.

Third, how can meaningful data be assembled? The data for such analysis is rarely available in a user-friendly format or continuously up to date; it needs to be identified, collected, and adapted. Techniques such as the automatic scraping of news articles can permit more timely collection and cleaning of data to inform policymakers working on short-term issues of alliances and partnerships, such as in the current crisis over Ukraine. Building pipelines that can adapt to rapidly changing circumstances will be important for building robust data science tool kits that contribute to real-time decision-making, such as how to plan US presidential visits or whether to cut foreign aid.

Policymakers do need to understand the limitations of these methods when interpreting results and applying insights. Data science cannot provide Nostradamus-like predictions about the future. And results can be influenced by the subjective choice of which variables the algorithm will learn from.

Machine-learning models will improve with better data and refined methods. But leaders can already arm themselves with novel insights for further investigation in what could effectively amount to strategic human-machine teaming. With new analytic tools informing more sophisticated alliance management and partner engagement, US policymakers will be empowered to address the challenges of a new era of strategic competition.

Nilanthi Samaranayake is director of the Strategy and Policy Analysis Program at CNA, a nonprofit research organization in Arlington, Virginia. She studies US alliances and partnerships and small states in international affairs. Follow her on Twitter: @nilanthis.

Dr. Vincent Bauer is a research scientist in the Data Science Division at CNA. His work leverages a wide range of methods from statistics, machine learning, and simulation modeling to produce forecasts and counterfactuals that help inform decision-making for the Navy and Marine Corps.

The views expressed are those of the authors and do not reflect the official position of the United States Military Academy, Department of the Army, or Department of Defense, or that of any organizations with which they are affiliated.