Want New Recruits? Take Care of the Old Ones 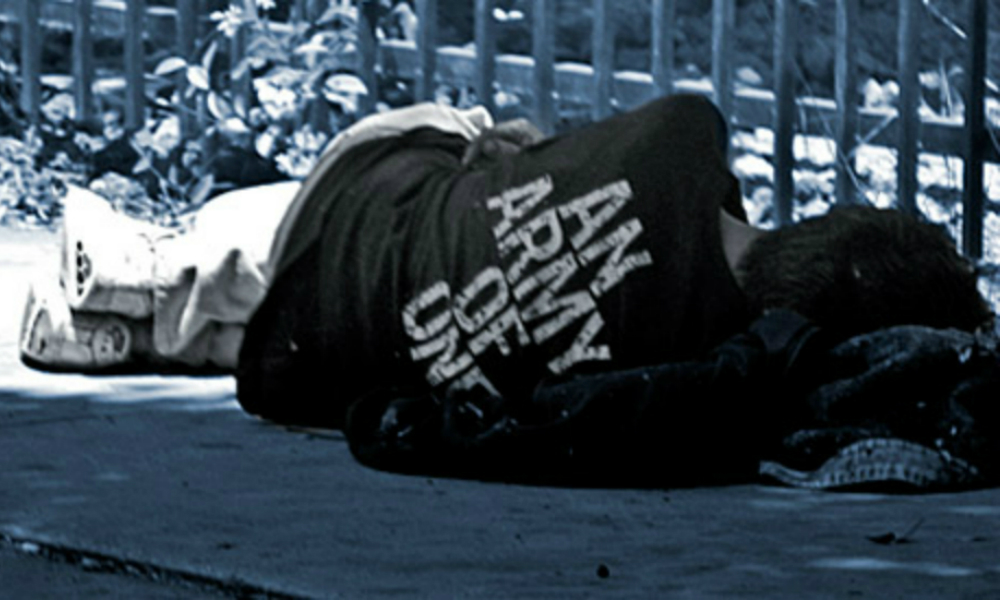 Last year I attended my first Veteran’s Day parade, and it was everything I expected . . . almost.

There were floats, flags, and an endless stream of marchers, all set to the cheers of the crowd and thunder of patriotic music. And then there was “him.” I don’t know his name, we never got the chance to meet. He was standing across 5th Avenue from me. He was older, maybe 60s or 70s, holding a homemade sign about veterans’ benefits, and shouting “Freedom isn’t Free.”

Taking care of our veterans isn’t just a moral obligation, it’s an investment in our national security. If we want new soldiers, we need to take care of the old ones. And I say that not as a former soldier, but as a lifelong civilian who grew up in the shadow of Vietnam.

When I was a kid in the 1980s, in Santa Monica, California, our beaches and streets were practically paved with Vietnam vets. These were forgotten men; crippled by addiction and PTSD. These were the “homeless vets” that Billy Joel sang about in “We Didn’t Start The Fire” and who Robin Williams portrayed as “Sarge” in the first installment of “Comic Relief.” These there the men who taught my generation that “Be All That You Can Be” could look a lot like being left vulnerable by the country you risked your life for.

And that narrative hasn’t gone away. In 2009, the adult cartoon “Family Guy” had a scene where the baby crawls into a box and says, “Look at me, I’m an Iraq War vet in 10 years,” but quickly adds with mock solemnity “nah, we’re gonna take good care of them.” Funny or offensive, no joke gets written without a cultural frame of reference, and at this point, we are drowning in tragic references.

As if the twin scandals of Walter Reed and multi-year benefit waiting lists aren’t bad enough, statistics about veteran suicide should trouble us all. Just two months ago, vets in Pasadena, California held a vigil on the city’s Colorado Street Bridge (nicknamed “suicide bridge”) to raise awareness of this crisis. Roughly twenty veterans take their own lives every day. Twenty a day! When you factor in the averages, that’s a higher daily death rate than the wars in either Iraq or Afghanistan. Is that the future we’re offering potential recruits? Who’s going to step into a recruiter’s office if they worry that doing so might make them more likely to one day be stepping off Suicide Bridge?

If tomorrow’s young Americans are going to even consider fighting for their country, they need to know that their country will always fight for them. We rightly provide access to education and job training (the GI Bill), economic opportunity (veteran hiring preferences), and healthcare to those who serve. But so long as statistics about things like suicide rates and homelessness show a veteran population at disproportionate risk, more must be done.

And we must come to grips with the basic fact that not all wounds are physical. Too many soldiers, during and after their service, suffer from psychological trauma as real as any IED. They need treatment. They need recognition. Would it be so crazy to consider purple hearts to our mentally wounded warriors?

And here’s another crazy new idea; what about basic training for civilian life? Since mankind learned to organize violence, we’ve been perfecting the science of transforming civilians into soldiers. What about the other way around? I don’t think there’s a vet out there that didn’t have some kind of steep learning curve the day he or she took off the uniform, and the longer they wear that uniform, the steeper that learning curve gets.

My generation X was discouraged from service by the scandalous treatment of Vietnam vets, and the same will be true for millennials if we allow history to repeat itself. Effective care for our veterans is an obligation of the government, but also one of society—even pop culture. Hollywood, for example, could have a huge impact by showing positive images of veterans successfully transitioning to civilian life (Did you know that Adam Driver—“Kylo Ren” from Star Wars—was a Marine?).

But most importantly, we all need to pay our fair share. Right now the proposed DoD budget is $582 billion, while the VA budget is $182 billion. We need to ask hard questions about how much we need to spend, and just as importantly, how to spend that money for maximum impact on veterans’ lives? Could it be crazy expensive? Yes. But no crazier than 1 percent of the population doing 100 percent of the fighting while the rest of us play Call of Duty on the couch.

If we, as a nation, continue to demand new soldiers, then we, as a nation, need to take care of the old ones. Our veterans are the purist truth when it comes to the consequences of service. With America’s all-volunteer force, success in the wars of tomorrow will depend on being able to recruit young men and women today. Taking care of our veterans is a moral obligation. But it’s also a vital component of our military readiness.

Max Brooks is an author, public speaker, MWI non-resident fellow, and senior resident fellow at the Atlantic Council’s Art of Future Warfare project. He is the author of World War Z and The Harlem Hellfighters. The views expressed are those of the author and not necessarily those of West Point, the Department of the Army, the Department of Defense, or any agency of the US government.