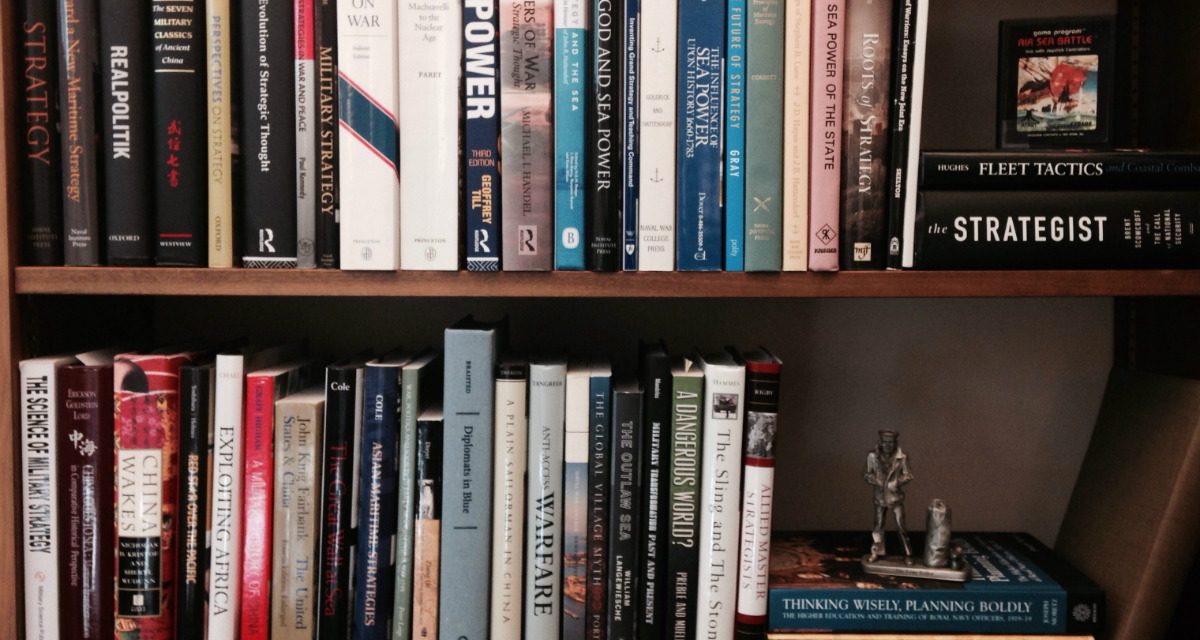 It likely seems strange, particularly as a card-carrying historian, that I generally avoid book lists. Clearly books and reading are important—more important for the development of true professionalism than most sailors, Marines, soldiers, or airmen understand. However, I tend to find book lists to be intensely personal. What rings true for one reader may not work for another, and what provokes a lasting memory for one student is quickly forgotten by another. However, in the interest of helping “War Books” take on more jointness, I offer a few titles to consider. That said, as Lieutenant Junior Grade Will Hunting once said: you are better off finding something that blows your hair back.

This is my “desert island book.” Dr. Symonds was one of the professors who I studied with while a midshipman and a history major at the Naval Academy. Besides being an inspiring teacher, he is a true craftsman as an author. Despite the detailed archival research and deep understanding of the history and the figures involved, his books read like novels. Decision at Sea uses five battle histories to demonstrate the place of sea power in American history, and it also offers an endless debate over whether Symonds picked the right five. I have given more copies of this book away to junior officers than any other title.

Sitting around with a drink and a cigar, I have heard this argument countless times: Carl says it all, so we do not need to read anything else. The problem is that Carl, like one of my other favorites Alfred, says it in nineteenth-century prose and with a massive number of words. Adm. J.C. Wylie’s little book of strategy is succinct and complete at the same time. The best part of the Classics of Sea Power edition from Naval Institute Press is that it also serves as something of a “21st Century Wylie,” collecting his best articles from Proceedings as appendices. In particular, the 1957 essay “Why a Sailor Thinks Like a Sailor” still resonates in the post-Cold War, joint-speak filled world.

There is one man who served as a mentor to both Capt. Alfred Thayer Mahan and Sir Julian Corbett: Professor John Knox Laughton. Widely recognized as the greatest naval historian of his age, Laughton’s reach extended to many naval luminaries and strategists of the late nineteenth and early twentieth centuries including Luce, Colomb, Richmond, and others. Professor Lambert makes a compelling case that not only did Laughton found the academic discipline of naval history, but he also explicitly linked the study of the past to the strategic and professional naval questions of the present and the future. This biography of the nearly forgotten godfather of the field helps readers understand not only how and why we study naval history, but also its connection to contemporary challenges.

If Lambert’s biography of Laughton shows us the academic side of naval strategy, Capt. Peter Haynes’ book is the other side of the coin. Haynes examines how naval strategy was made in the Pentagon, and in the US Navy’s staff offices, in the years after the end of the Cold War. My KCL colleague Nick Prime described this book well in his review in JSS when he called it “Kremlinology” applied to the OPNAV Staff. Haynes book lays bare the biases of naval leaders, the tendency toward operational thinking and away from the strategic, and a hint of the anti-intellectualism that has been a part of naval culture for centuries. Strategy is not just an academic affair; there is a practical side of how it is constructed and how it is executed, or not executed. Haynes’ book reveals the inner workings of the staff process, tracking documents through inboxes and outboxes. In doing so it offers readers a fantastic view of the realities involved in how uniformed officers approach the subject of strategy.

Joseph Conrad, The Mirror of the Sea

At the end of every service in the Naval Academy Chapel, the congregation sings the Navy Hymn “Eternal Father,” with a line praying for “those in peril on the sea.” The hazards of the sea are inherent to the naval profession, but they are an added layer of danger, and require an added layer of skill, beyond war. Despite the fact that his best known work takes place on a river in Africa, Joseph Conrad was perhaps the greatest maritime author in history. His fiction has not only depth and meaning, but it also rings true to anyone who has spent time at sea. Different from his novels and short stories, however, The Mirror of the Sea is a collection of essays the great sailor turned author wrote about his first career as a merchant captain. They demonstrate not only the realities, dangers, and joys of life on the world’s oceans, but also the bond sailors share regardless of their reason for sailing.

Stephen Coonts, Flight of the Intruder

Flight is the story of a naval aviator on Yankee Station off the coast of Vietnam, a junior officer struggling to understand the conflict he’s surrounded by, who takes matters of operations and strategy into his own hands. I grew up wanting to be an A-6 attack pilot, even more so after my uncle (himself an Intruder driver) gave me a copy when I was in junior high school. Granted, when the time came the Intruders had all been retired and I spent a decade and a half flying my beloved helicopters. But every couple years I still pull my dog-eared mass-market paperback off the shelf and read through it again. And each new reading, with a few years of added experience and perspective, reveals another layer to the story. 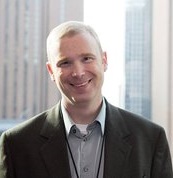 Cmdr. Benjamin “BJ” Armstrong, USN, PhD is an Assistant Professor of War Studies and Naval History in the History Department at the US Naval Academy. He is the editor of the “21st Century Foundations” series of books from the Naval Institute Press, which includes his books on Alfred Thayer Mahan and William Sims, and author of numerous articles on history, strategy, and the naval profession.

The views expressed in this article are those of the author and do not reflect the official policy or position of the Department of the Navy, Department of Defense, or the US government.