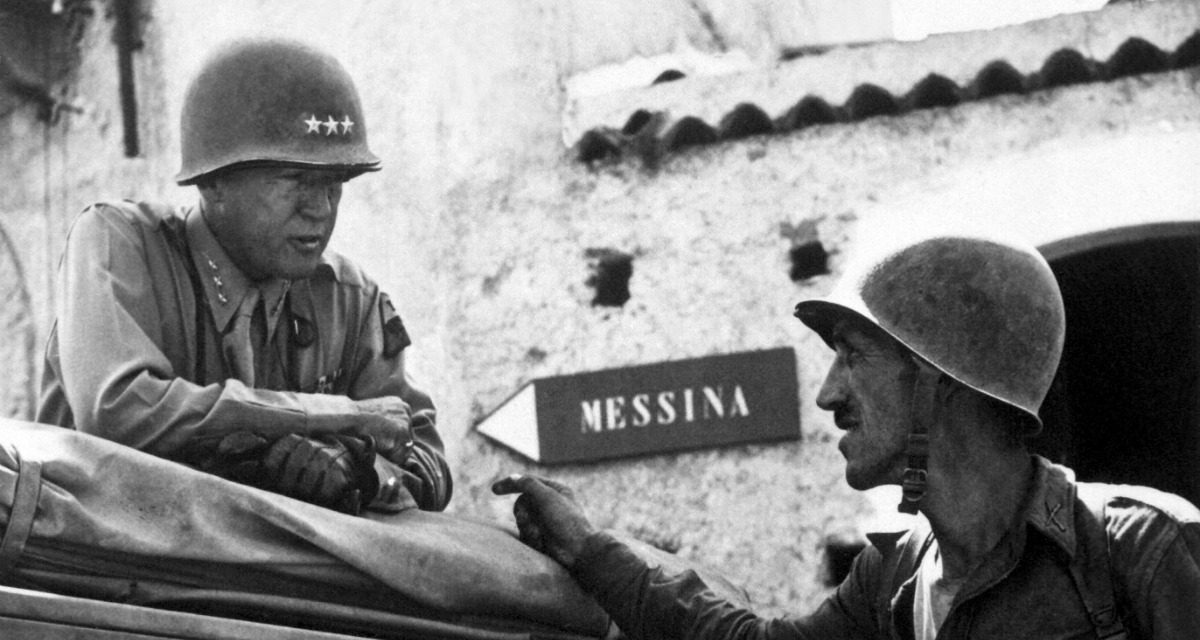 When we begin our military careers we have choices when it comes to how we’ll develop our leadership abilities. We can, for example, go through our careers stumbling through leadership as we figure it out along the way. The problem with this approach is that we only get the privilege of command for short windows of time, and by the time we start making headway it’s time to move on. Or, we could emulate those leaders who we observe throughout our careers. While there is merit to this approach, it relies on luck. We’re hoping to come in contact with really good commanders worth emulating (or that we will serve with really bad ones who provide an example of what not to do). There is also another choice, though, that brings us into contact with some of the greatest military leaders throughout history. We develop ourselves through reading about leaders who came before us.

Thankfully, we have had a number of Army leaders worthy of study. By studying their leadership we gain an understanding of the problems they faced, the decisions they made, their successes and mistakes, and how they approached the art of command. More importantly we gain points of traction by which to grow our leadership abilities and become the best version of ourselves as leaders.

Below are five Army leaders who I feel are worthy study. While I know there are many others that could be on this list, these are the ones who’ve inspired me over the last fifteen years of service.

The Self-Education of a General: Gen. George Washington

Washington was a self-taught general who didn’t have a professional military education system or a twenty-five-year career to prepare him for his senior leadership role. Prior to taking command of the Continental Army, Washington’s largest command was three hundred soldiers. However, what he lacked in experience he made up for in self-study. Washington took his military education seriously, grasping every opportunity to increase his knowledge of the art of war. He read every military science and history book he could find, making notes in the margins and eventually producing orders from them. This commitment prepared him for the challenge he faced during the Revolutionary War.

To learn more about Washington’s commitment to self-development, I encourage you to read A Powerful Mind: The Self-Education of George Washington by Adrienne Harrison, George Washington and the American Military Tradition by Don Higginbotham, and finally, Washington’s Crossing by David Hackett Fischer. The last title is a more macro view of the Revolutionary War; however, it reveals the crucial roles of contingency and bold leadership in the events that turned the tide in that war. The startling success of Washington and his compatriots not only saved the faltering American Revolution, but helped to give it new meaning.

Grant began his career as only an average officer, graduating twenty-first in a class of thirty-nine from the United States Military Academy. He didn’t come across as a natural military leader or a winner. His physical appearance would be the bane of any sergeant major, he had a drinking problem, he wasn’t successful in business, and he was a good deal shorter than Lincoln, Lee, and Sherman (Grant was only 5’8” tall). But when the US Civil War broke out, Grant made his mark. He led the Union Army to victories at the Battle of Shiloh and in the Vicksburg Campaign, and eventually defeated Gen. Robert E. Lee. Following a series of failed commanders, he became Lincoln’s most trusted military adviser.

Interested readers should first seek out The Personal Memoirs of U.S. Grant, a must-read that offers many insights for leaders who may one day lead soldiers in combat. Through his memoirs, readers are transported into Grant’s mind as he tackled complicated problems, dealt with a myriad of personalities in his subordinate commanders, and came to terms with wartime decisions. A second book worth reading is the recently published Grant by Ron Chernow. This book offers an in-depth study of Grant’s life prior to the war, during the conflict, and into his presidency.

Mentor/protégé relationships are a critical component of our profession; therefore it’s worth studying those who did it well. Maj. Gen. Fox Conner had an uncanny ability to recognize talent in younger leaders and then work with them to unleash that talent throughout the careers. In World War I, Conner served as Gen. John J. Pershing’s assistant chief of staff for operations (G3) and in 1925 became deputy chief of staff of the Army.  But he left his most significant mark on the military by mentoring three young officers: George Marshall, Dwight Eisenhower, and George Patton. He met these future generals early in their careers and played a critical role in the rise of each one.

Conner’s mentorship is best captured in the book Grey Eminence: Fox Conner and the Art of Mentorship by Edward Cox. There are also several articles on Conner and his role as a mentor, including one by US Army Col. Curt Taylor, who writes, “Could it be that one of the most important heroes of World War II is a man most Americans have never heard of; a man whose only claim to fame is that he poured his life, his experience, and his wisdom into the development of [three] outstanding young leaders?”

While Patton needs little introduction, his commitment to deliberate self-development is often overshadowed by his reputation as a man of action. Patton’s way of war was not shaped by doctrine and field problems alone. Throughout his life, he complemented his experiences with a disciplined effort of reading and self-study. Beginning in his early twenties, he used the margins of books, notebooks, and notecards to capture his thoughts and reflections, further enhancing his self-development. As a cadet at West Point, he scribbled “rear attack” and “flank attack” in the margins of his books. Decades later, these words would define his aggressive nature as a field commander. Patton also sought to influence his profession from the earliest part of his career, which he managed to do even as a young lieutenant, by publishing articles in journals.

To learn more about Patton, I recommend three books: 21st Century Patton by J. Furman Daniel III, which is a published selection of Patton’s articles and speeches, along with great commentary by Daniel. Next, Patton: A Genius for War by Carlo D’Este, which is one of the best biographies on the general. Finally, The Patton Mind by Roger Nye, which examines the roots of Patton’s genius by analyzing all of the books Patton read and his notes on them.

As military leaders we should want nothing more than to give our enemies an unfair fight—with the advantage in our favor. And one way in which we do this is through training our forces. I can’t think of anyone who has written as extensively on the “why” and “how” of training as Gen. Donn Starry. In Vietnam, he commanded the 11th Armored Cavalry Regiment. Following the war, he served as the commander of the Armor School, V Corps in Germany, and eventually Training and Doctrine Command. Under his leadership, the Army developed the AirLand Battle Doctrine in the early 1980s, which set the stage for the next two decades of force development. He retired in 1983 after commanding US Readiness Command.

Thanks to the Combat Studies Institute at Fort Leavenworth we can now read (for free!!) Starry’s most important speeches, articles, and memorandums in an excellent two-volume series titled Press On!  He wrote about everything from strategy, logistics, leadership, and training to noncommissioned officer development, the role of the command sergeant major in organizations, values, and more. One thing that stands out is his ability to communicate. In his writings, he’s able to concisely describe a problem, develop an operational solution, outline the Army’s strategic approach to implementing that solution, and describe the tactical effects. This series is one of the most important additions to my professional library.

Learning from the Past

I hope the leaders I presented will spur your own interest in them and help you develop your own leadership abilities. In his dedicatory letter to the opening of The Prince, Niccolò Machiavelli wrote that the thing he holds most dear is the “the knowledge of the actions of great men, acquired by long experience in contemporary affairs, and a continual study of antiquity.” That is something we too should hold dear. One of the greatest gifts we can give ourselves is the study of past leaders.