War Books: The General Officers of the 1990s US Army 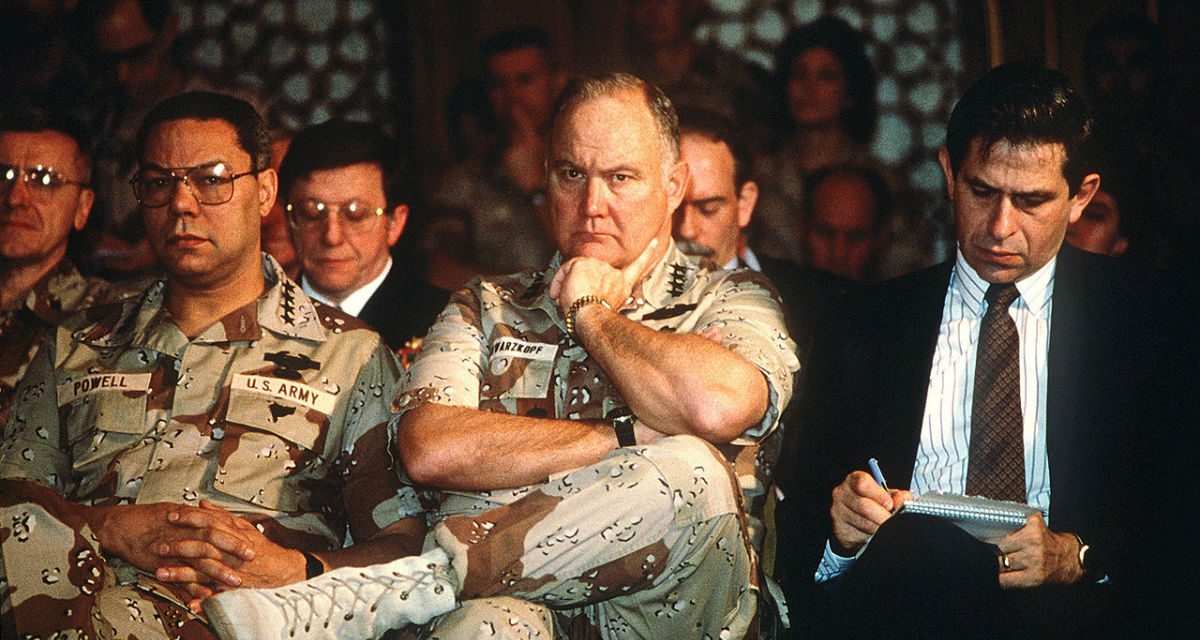 After nearly twenty years of continuous use across much of the greater Middle East the US Army finds itself in a precarious position, torn between its recent past and its conception of the future. Although still engaged in the Global War on Terror, the Army has also been tasked to compete, deter, and win against revisionist powers. Pursuant to this task, the Army has made a concerted effort to get back to basics; focusing on readiness, rolling out a new Multi-Domain Battle concept (whose roots seem to be firmly planted in AirLand Battle), and generally modernizing the force.

In its search for answers the Army appears to be embracing another era of transformation—the 1990s. Then, as now, the Army found itself in an era of dwindling budgets, reduction in forces, transformation, and debate over the characteristics of future conflict. By studying the 1990s Army and its leadership we may gain a better understanding of today’s Army and make inferences about the future. The following books offer a glimpse into the minds of some of the Army’s senior leaders during and just after the 1990s.

Clancy’s telling of the rise of Special Forces is derivative of his more widely read and acclaimed Jack Ryan series. Still, there are kernels of insight into the 1990s Army and the officers leading it. Carl Stiner, the so-called architect of Just Cause, provides a behind-the-scenes look at the US invasion of Panama and other triumphs from the 1990s.

Norman Schwarzkopf and Peter Petre, It Doesn’t Take a Hero

Most people remember “Stormin’ Norman” Schwarzkopf as the hero of the Gulf War. While his autobiography does little to dispel this notion, it fleshes out the man behind the myth. Somewhat surprisingly, Schwarzkopf’s conclusion is not the self-aggrandizing endorsement of America’s martial prowess that many would expect. Instead, it is a rather agnostic view of future conflicts in a world marked by uncertainty and ambiguity.

Colin Powell and Tony Koltz, It Worked For Me: In Life and Leadership

If Schwarzkopf introduced the post-Vietnam Army officer memoir then Powell perfected it. It follows much the same narrative; a young energetic officer joins the Army, is tested in the crucible of combat in Vietnam, and then solemnly vows that there will be no more Vietnams. Powell’s books are folksy and heart-warming. Who could argue against such an American success story? But they reveal a man whose foreign policy and worldview seemed to change little after his formative years in Vietnam. A must-read for those interested in the phenomenon of being trapped by one’s own experiences.

Gordon Sullivan and Michael Harper, Hope is not a Method: What Business Leaders Can Learn from America’s Army

The relationship between American business and America’s Army is both long and deep. Both look to each other for inspirations and lessons. This book is an excellent example of the intersection of these two worlds. It is also a refreshingly honest distillation of the lessons learned over decades of military leadership. A modern reader will undoubtedly recognize the genesis of many of today’s Army buzzwords—readiness, learning organizations, operating in a complex world—in Sullivan and Harper’s work. Everything old is new again it seems.

This is perhaps the most interesting—and problematic—book on the list. On the one hand, it offers yet another candid look at the rise of a post-Vietnam officer and quintessential American success story. Viewed through a different lens, such as that of historian Andrew Bacevich, American Soldiers depicts a senior leader with a shocking lack of introspection whose “military genius hangs on his having been so wildly wrong in estimating the enemy’s capabilities.” Whether you are apt to view the US incursions into Iraq and Afghanistan as a decisive victory or agonizing quagmire, American Soldier is a fascinating read.