War Books: Here’s What the MWI Team is Reading this Summer 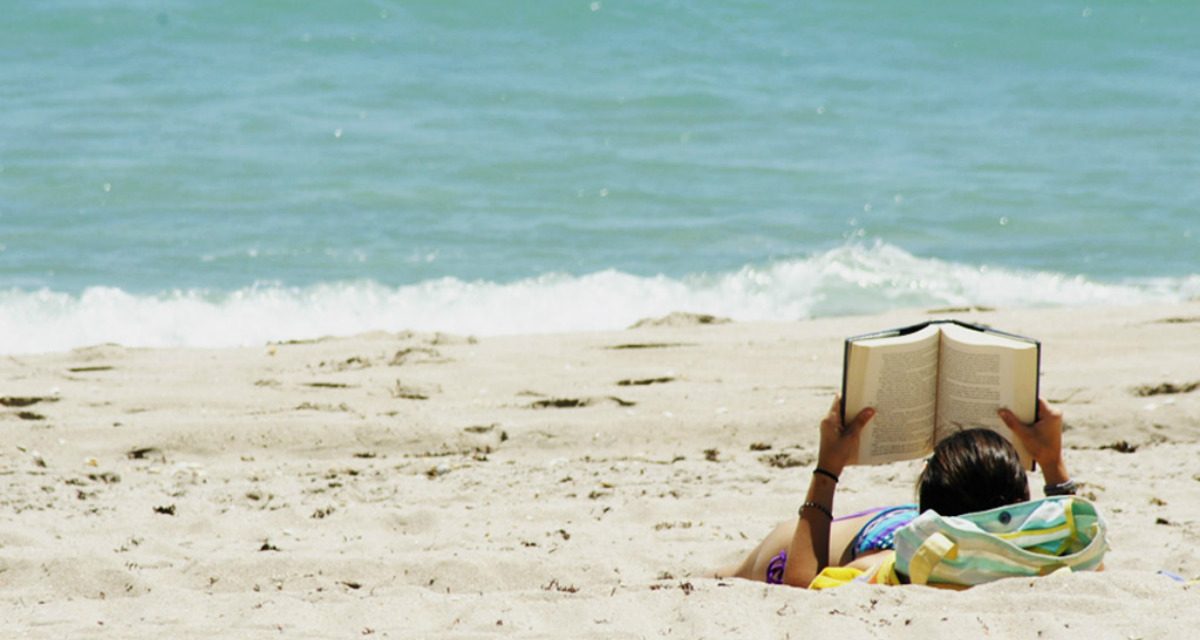 The 4th of July holiday is upon us and summer is in full swing, so we decided to share some books on our summer reading lists. This is an opportunity for members of the MWI staff and our fellows and scholars to list some of the books they’re most looking forward to reading this summer. As you’ll see, some of us use summer as a chance to explore new types of books—lighter subjects, fiction, or entirely new topics—while others try to make a dent in the pile of books that has accrued over the fall, winter, and spring. Rest assured, this diverse list has something for everyone. So whether you’re looking for a book to read on a beach, on a plane, or just in your backyard, check out what the MWI team is reading!

The British Are Coming, by Rick Atkinson. The terrific journalist-turned-historian, who gave us the trilogy of World War II, offers this first book of his newest series describing the first two years of the Revolutionary War.

Fault Lines: A History of the United States Since 1974, by Keven Kruse and Julian Zelizer. One of my favorite books ever was William Manchester’s The Glory and the Dream, A Narrative History of America, 1932-1972. I’m hoping Kruse and Zelizer pick up where Manchester leaves off!

The Targeter, by Nada Bakos. This is a relatively new work by Ms. Bakos—who joined the CIA as an analyst and then found herself in targeting. I’m interested in how she perceived whether her role in the CIA supporting operational unit activity matches my own memories of relationships between the military and the targeting community in combat.

The Back Channel, by William Burns. Truth be told, I just finished this as the first book of the summer . . . and it was excellent. Written by a professional foreign service officer who rose to the highest ranks of the State Department while serving under multiple presidents and secretaries of state, this is an excellent memoir of a life of diplomatic responsibilities through some changing times.

The House of God, Samuel Shem. Recommended by a physician friend, I’ve been told this classic novel is heartbreaking, hilarious, and utterly human, and a must read for any physician who works in a hospital . . . or anyone of us who interacts with physicians while in a hospital!

Moby Duck, Donovan Hohn. Several years ago, I read this true story of 28,800 rubber duck bath toys lost at sea after a container broke lose during a storm in the Aleutians, but I’m going to read it again this summer because it is, frankly, a fascinating account of our ocean’s environment.

How to Save Your Own Life, by Erica Jong

Down Girl: The Logic of Misogyny, by Kate Manne

The Siege: 68 Hours Inside the Taj Hotel, by Cathy Scott-Clark and Adrian Levy

The Good War, by Studs Terkel. A global oral history of those who lived through World War II.

These three books argue the case for ethnocentrism as a particular weakness in war. From Russian active measures to China’s “three warfares” strategy, understanding the cultural and historical dimensions of adversarial action in the international arena offers powerful tools to craft decisive policy.

The Ugly American (Norton, 1958), by Eugene Burdick and William Lederer. A novel set in the fictional Southeast Asian country of Sarkhan, it paints a grim picture of the detrimental effects of American ethnocentric assumptions on rapport-building with the population. In contrast the Russian advisors in-country, through careful and close reading of the nation are able to cement communism as the primary political force. The book thus draws a sharp distinction between a state actor that doesn’t understand the people, and one that goes to great lengths to gain a granular knowledge of civilians in an area of operations. President Kennedy was so influenced by the book that it may have contributed to his decision to create the Peace Corps.

The Death of the Mehdi Army: The Rise, Fall, and Revival of Iraq’s Most Powerful Militia, Nicholas Krohley. Much of the literature of the Iraq occupation inevitably presents an American-centered account of the conflict, obscuring Iraqi agency in what became an intractable insurgency against pro-government forces. Krohley’s book is a welcome corrective, drawing on his work as a civilian social scientist on the ground to provide a granular examination of the Shia districts in Baghdad. Placing the insurgency within a broad historical arc and drawing on contemporary interviews he conducted, the author argues that the Mehdi Army collapse resulted less from pro-government military intervention than from systemic internal inconsistencies.

Military Anthropology: Soldiers, Scholars and Subjects at the Margins of Empire, by Montgomery McFate. McFate’s 1994 PhD thesis (Yale) examined the role of culture in the insurgency/counterinsurgency dynamic in Northern Ireland through interviews and archival work. She would later become a key author (part of Chapter 3, Intelligence) of the 2006 COIN manual, FM 3-24. This book examines the lived experiences of Anglophone anthropologists and proto-anthropologists in war, the ways in which they could influence the planning process and the limitations of their impact. Each chapter can be read independently, examining a different facet of war, and is designed to track the requirements of Joint Professional Military Education.

Piercing the Fog of War:  The Theory and Practice of Command in the British and German Armies, 1918-1940, by Martin Samuels. Samuels begins Piercing the Fog of War by laying out a sophisticated taxonomy of command styles.  He then uses this framework to make sense of a series of detailed case studies drawn from the annals of the two world wars of the twentieth century.

Range: Why Generalists Triumph in a Specialized World, by David Epstein. As someone who has long advocated for the value of the utility infielder in the workplace, the subject of Epstein’s latest book fascinates me. We will always have need for specialists (in a “specialized world”), but we don’t have nearly enough generalists—the engineer who can substitute as a human resources director or the military strategist who can lead an group of public affairs specialists—to meet demand.

The Obstacle is the Way, by Ryan Holiday. Though not a new book—it published in 2014—it came highly recommended by a senior business leader during a recent speaking engagement. The book, which approaches resiliency through the stoic principles of Marcus Aurelius, looks like a quick summer read and addresses a topic of some importance to us all.

The Transpacific Experiment: How China and California Collaborate and Compete for Our Future, by Matt Sheehan (forthcoming)

Leadership and the Rise of Great Powers, by Yan Xuetong

Street Without Joy, by Bernard Fall. Hat tip to MWI’s Steve Leonard for this recommendation. It details the French military’s experience on a particularly violent stretch of roadway during their war in Vietnam. The segment of Highway 1 connects the city of Hue with Quang Tri, and pairs well with Mark Bowden’s Hue 1968, which describes the intense fighting US forces would later experience at the southern end of the street without joy.

Ender’s Game, by Orson Scott Card. I’ve been increasingly drawn to science fiction as a tool to think about and process some of the real-world challenges our Army faces. Thanks to John Spencer and Max Brooks, both part of the MWI team, for some of the recommendations that have gotten me started.