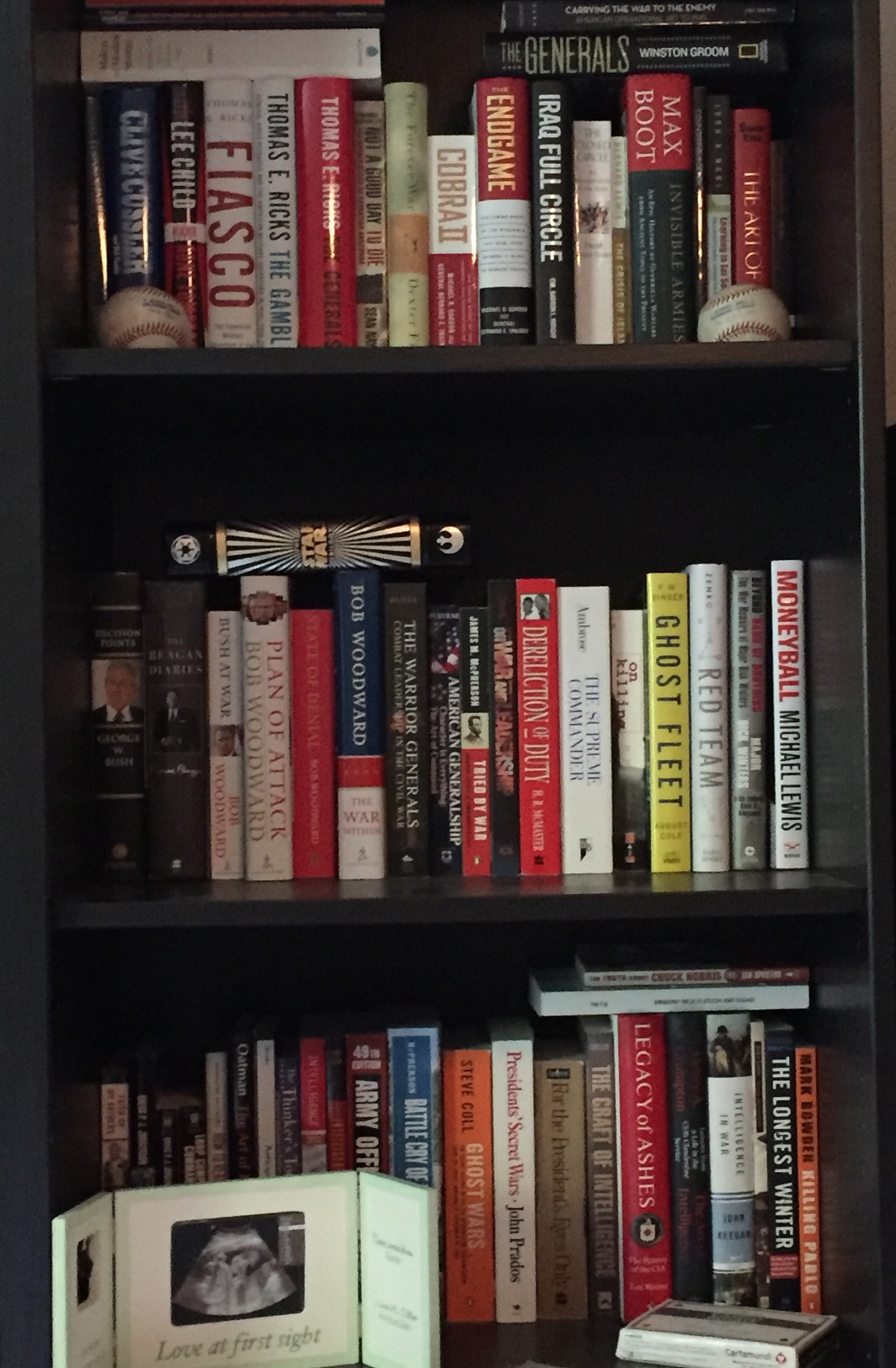 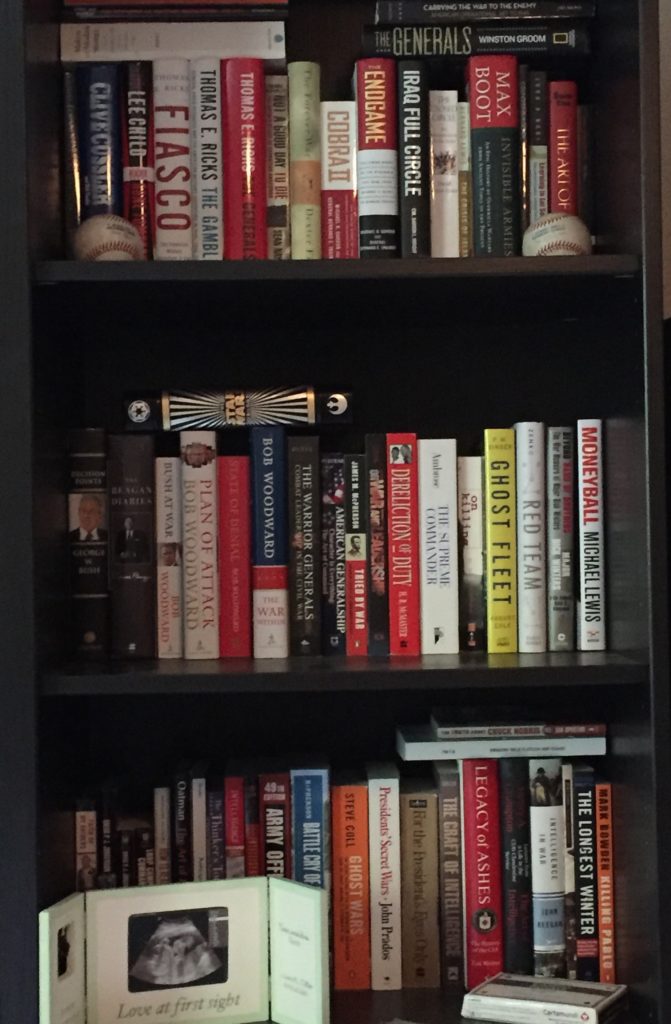 Many of my peers will only read non-fiction.  They claim they don’t have time for anything else.  I would argue they are missing out on a great source of leadership lessons.  There are so many great reads out there.  Cutting my list to only five was nearly impossible (I cheated a little there is really more than five) but here goes:

Intelligence in War by John Keegan: This book was published not long after I was commissioned as an Intelligence Officer and became my first go to book on the subject of Military Intelligence.

Moneyball by Michael Lewis: I love baseball and while at its heart this book is about baseball it is also about talent management and how to get the most out of your “team’s” talents.

Cobra II/The Endgame by Michael R. Gordon & Bernard E. Trainer: These two books along with the two by Tom Ricks provide as comprehensive an understanding of the Iraq War as you can get.

Battle Cry of Freedom by James M. McPherson: Coming from a state that did not exist at the time of the Civil War I wasn’t that interested in the subject. Then I went to Gettysburg for the 150th anniversary and I found out I had a great-great Grandfather that fought at Shiloh and Vicksburg. Which sparked my interest.  No other book gives you a better understanding of that part of our history.

As with cutting my list to a top five, finding the one that shaped me the most is a difficult task.  From a fiction standpoint, I first read Red Storm Rising at an age where I was too young to understand it.  I even got in trouble with my teacher because he didn’t believe that I had really read it.  It is, however, the first book that sent me on my career path in the military and the intelligence field.  I have re-read the book several times since and the story still grips me every time.  On the non-fiction side Intelligence in War is also a book I turn to over and over.  This book traces the history of Military Intelligence successes and failures from the days of Lord Nelson to the early stages of the War on Terror.  I give Intelligence in War to some of the young officers that leave my unit to go to the MI Captain’s Career Course as a way to pass that influence on to the next group of leaders.

Major James King is currently serving as a Brigade Senior Intelligence Officer (S2) for a Stryker Brigade Combat Team in Alaska.  While serving over 20 years in the National Guard, Army Reserve, and Active Army, MAJ King has held multiple leadership positions in the Military Police, Infantry and Intelligence fields as well as deploying three times in support of Operation Iraqi Freedom.  Major King holds a BA in Sociology from the University of Washington where he earned his commission through the ROTC program and a Master’s Degree in Strategic Intelligence from American Military University. The opinions here are the author’s own and do not reflect the policy of the U.S. Navy, Department of Defense, or any government agency.