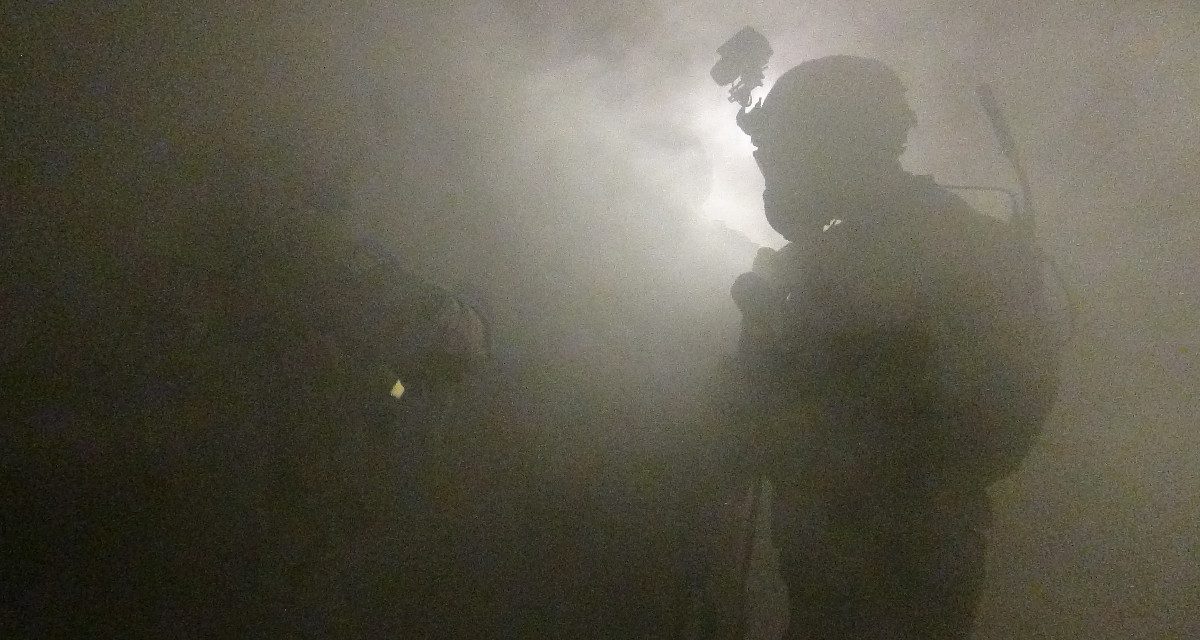 Tunnel warfare is as old as warfare itself. Tunnels have been used for a wide range of purposes in combat across the world and throughout the ages. They have been used to end sieges by circumventing castle walls, place explosive under enemy forces, avoid enemy aerial bombardments, and invade and escape hostile conflict zones. Their use has ebbed and flow with the changing character of warfare. They were seen on battlefields from the medieval age, through the American Civil War, World War I and Vietnam—and many conflicts in between.

And a quick glance around today’s global operating environment shows clearly that underground warfare isn’t going away. Tunnels marked battlefields in Iraq and Syria during the fight against the Islamic State. And state militaries—North Korea, Iran, the United States, and many others—invest heavily in military underground facilities. Meanwhile, terrorist and insurgents from Lebanon, Gaza, the Philippines and elsewhere share tunnel warfare tactics and techniques to wage war against nations.

Here is a list of books I recommend as a starting point for understanding and preparing for underground warfare.

This is arguably the most comprehensive contemporary book on the subject available. Dr. Richemond-Barak conducts a survey of underground warfare, including an in-depth look at the increased use of tunnels around the world, from the strategic to the tactical levels. With a heavy dose of legal analysis she easily revels that there are major gaps in the laws and views towards what lays below all land conflict.

The latest in a series of doctrinal updates published by the US Army in recent years, this 2019 publication is meant to serve as guidance for the brigade level (a roughly 4,000-solider unit) and below on the conduct of subterranean operations. The book includes everything from a brief history of underground warfare and a categorization of the different types of subterranean spaces to tactical considerations and techniques to deal with fighting underground.

Tom Mangold, The Tunnels of Cu Chi: A Harrowing Account of America’s Tunnel Rats in the Underground Battlefields of Vietnam

Tunnels were used heavily by the North Vietnamese Army and Viet Cong during the Vietnam War. They were used to protected supply routes, hospitals, and command posts, to house troops, to launch surprise attacks, and much more. One of the most extensive and well-known tunnel complexes were those of the Cu Chi province northwest of Saigon. The Cu Chi tunnels linked Viet Cong support bases over a distance of 250 kilometers, from the outskirts of Saigon all the way to the Cambodian border.

This book offers a great summary of military mining during World War I. Across the Western Front, military mining was a major component of the character of warfare. Tunnels were heavily used in places and battles such as Hohenzollern, St. Eloi, the Somme, Vimy Ridge, Arras, and Messines.

It is important to understand how and where tunnels have been used in warfare. But it is also vital to understand when an environment is ideal for tunnels to be heavily used. What are the geo-technical considerations? What type of equipment and materials are needed? What are the signs of an enemy investing in the capability? Just how, exactly, are tunnels dug? Based on the soil conditions, how long would it take to dig in that environment? What are the required safety considerations? This book is a valuable tool to help understand these questions.

Will Hunt, Underground: A Human History of the Worlds Beneath Our Feet

Alan Axelrod, The Horrid Pit: The Battle of the Crater, the Civil War’s Cruelest Mission

Earl J. Hess, Into the Crater: The Mine Attack at Petersburg

Dale Blair, The Battle of Bellicourt Tunnel: Tommies, Diggers and Doughboys on the Hindenburg Line, 1918