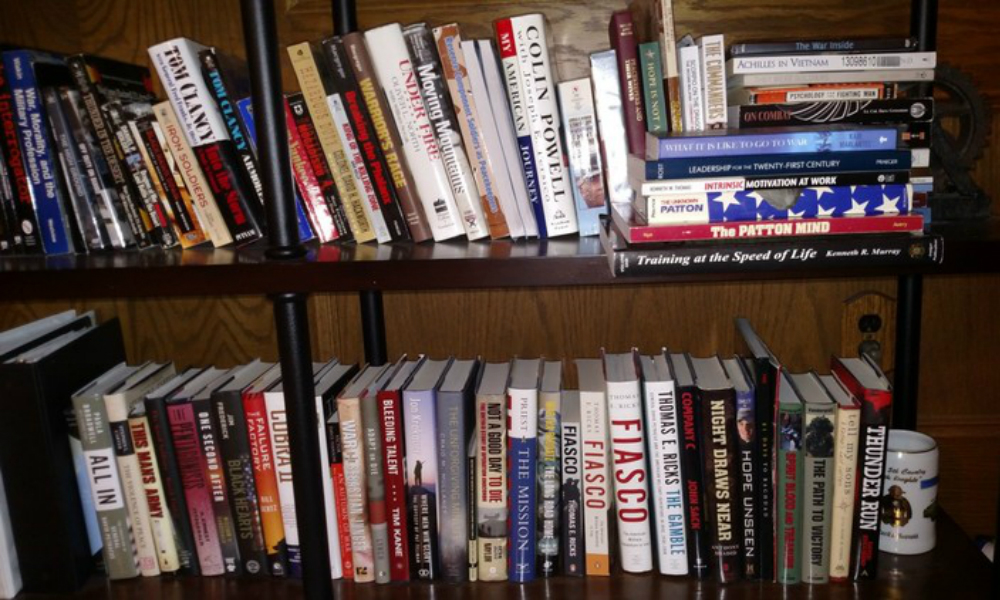 I picked lesser-known, iconoclast books over the oft-repeated standards. My first cut included 21 books so I don’t feel bad at combining some of them. This list is in increasing order of importance.

Thomas describes motivation and how to build a sense of progress, choice, competence, and meaningfulness within one’s self and within organizations. My dissertation relied upon Thomas’ exemplary work.

Kenneth Murray, Training at the Speed of Life, Vol. 1

Murray builds on works by Dave Grossman, Loren Christensen, Alexis Artwohl, etc. to produce a highly readable book about safe combat training. Murray makes you wonder how law enforcement agencies can out-train the military. This simple book explains how to do it right.

Karl Marlantes, What It Is Like To Go To War

I didn’t care for Marlantes’ fictional Matterhorn, but it should be read before tackling the non-fiction What It Is Like to Go to War. The former informs the latter, which describes the aftermath of war on the psyche and how to better think and prepare before we send our soldiers to battle.

Challans critiques US military shortcomings, sparing no one as he vehemently argues for a more moral and philosophical military. This is a necessary, but not entirely enjoyable, read.

This revolutionary book forced me to reassess “leadership” as a concept. The end result? I no longer believe in “leaders.” Read the book to understand what kind of crazy I am talking. A hint: Margaret Mead said, “Never underestimate the power of a small group of committed people to change the world. In fact, it is the only thing that ever has.”

The One That Shaped Me Most

On my eighteenth birthday, weeks before I reported to West Point, my father (a retired colonel and USMA graduate) gifted me this book. He’d already underlined passages, dog-eared pages, and inscribed the title page. His note charged me to absorb the hard-earned lessons therein and always love my soldiers. My father is deceased, but I treasure the book and his words. There are better Patton biographies, but Province adequately consolidates essential and obscure stories—and nearly every Patton quote or poetry piece. I pair it with Roger Nye’s The Patton Mind. Nye’s excellent book explores the self-education of Patton, who overcame dyslexia, read voraciously from his own vast military library, and filled books with marginalia. Patton fulfilled his declaration, “By perseverance, study and eternal desire, any man can become great.” Regular readers of the War Books series, who read for self-improvement, should aspire likewise. 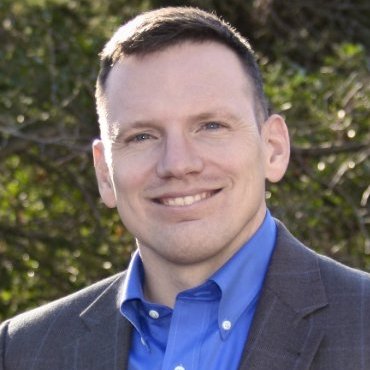 Col. Clark C. Barrett is in the Michigan Army National Guard and a civilian engineer for a defense contractor. A 1993 West Point graduate, departed active duty and joined the reserves in 2000. As a Guardsman, he has served in infantry, armor, and cavalry billets and deployed to Egypt and Iraq. He currently commands the 177th Regiment (Regional Training Institute) at Fort Custer, Michigan. He researches the human dimensions of the military, specializing in leadership, motivation, ethics, and combat stress. This essay is an unofficial expression of opinion; the views expressed are those of the author and not necessarily those of West Point, the Department of the Army,, the Department of Defense, or any agency of the U.S. government.
Share on Facebook Share
Share on TwitterTweet
Share on LinkedIn Share
Send email Mail
Print Print