War Books: How to Win a Land War in Asia 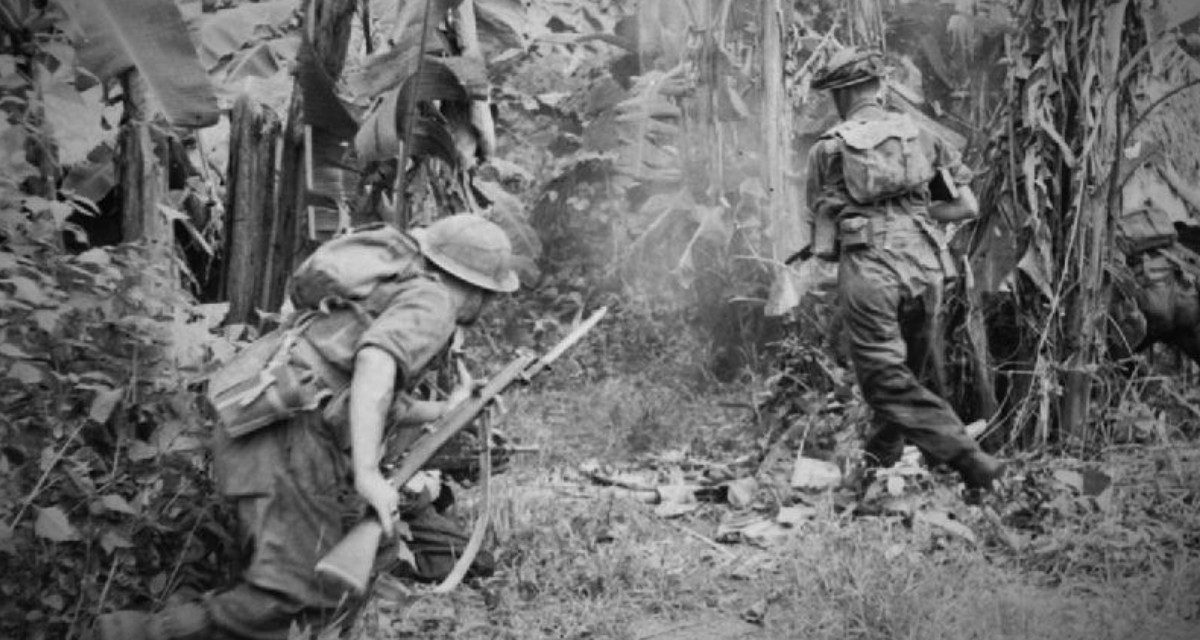 The only test of generalship is success, and I had succeeded in nothing I had attempted.

Every American strategist knows the famous warning: “Don’t fight a land war in Asia.” Unfortunately, sometimes they are unavoidable. Fortunately, on balance Western military powers have a very good record in winning land wars in Asia, if less so since 1945. One of the most interesting and successful ground campaigns of the twentieth century was the British-led effort to defend India from Japanese invasion via Southeast Asia from 1941 to 1945. A million Allied troops of the Fourteenth Army fought the Japanese for control of Burma over a 700-mile battlefront—the largest in any theater of World War II. During this campaign, special operations forces made their Asian debut, in the form of the famous Chindits. For much of the war, the fate of India, then still part of the British Empire, hung in the balance. While often referred to as the “forgotten war,” in fact, the British high command recognized that victory in Southeast Asia was critical to victory in World War II. It was also a crucial factor in the decline and fall of the British-led world order: the costs of defending India in a modern war were so unsustainable they made empire economically unattractive for the first time, and contributed to the formal end of the British Empire with Indian independence in 1947.

The Fourteenth Army had more than its fair share of literary talent, being commanded by a pulp fiction writer who would go on to become a field marshal. For anyone who, like Slim’s Fourteenth Army, needs to win a land war in Asia, here are four books to inspire them:

Slim’s account of the Southeast Asian campaign is one of the finest military memoirs ever written. When he arrived in Burma in 1942, Slim took command of a force which had been mismanaged by five different higher headquarters in sixteen months, “and for practically the whole of that time administrative had been separated from operational control.” Slim, who despised inefficient headquarters, rapidly imposed order on the command structure, but found the intelligence bad, his troops ill-equipped for jungle warfare, morale low, and the Burmese population hostile. The result was a string of defeats in 1942 and 1943, including failed long-range raiding by the Chindits, which Slim admitted were wasteful but considered important for boosting morale by striking a blow against the Japanese. However, Slim began systematically re-equipping and training his forces to win wars in the green hell of the Burmese jungle, and slowly but surely set conditions for victory.

In March 1944 Japanese forces reached the gates of India at Imphal. Slim—who credited the Chinese Nationalists with demonstrating how to exploit Japanese tactical inflexibility—and his rebuilt Fourteenth Army turned them back and chased them all the way to Rangoon over the next year. He ended the war in Singapore, receiving a Japanese general’s sword in surrender.

Slim commanded the most remarkable multinational forces of World War II, incorporating troops from India, Great Britain, East Africa, Australasia, Nationalist China, and the United States. He has important lessons for Americans operating in multinational environments today, writing for example that “the Americans had availability a quantity of machinery that made our mouths water.” Tensions over unequal resources remain troublesome for the Special Relationship to this day.

Slim’s war memoir is also a delight to read, perhaps because of the author’s second career. In 1935, then-Maj. Bill Slim of the 6th Gurkha Rifles, disappointed by army pay, considered resigning his commission, and would have done so had he not picked up a side-gig writing pulp magazine fiction under the name Anthony Mills. Regrettably, I have never been able to find any of his early work.

In between Slim and the privates stumbling around the Burmese jungle, there were thousands of staff officers writing orders and briefing each other. Their critical work is often forgotten, falling as it does in between the glorified commanders and the abstractly commemorated enlisted soldiers. The Road Past Mandalay is the greatest literary memoir of a staff officer at war. Its author, John Masters, was an Indian Army officer who later became a noted novelist. While Masters did spend part of the war in acting command of a Chindit brigade, he ended the war as the chief of staff of an infantry division, and it is his account of staff service that stands out. Masters makes dull staff work interesting, and identifies so strongly with his unit that he admits struggling to use the vertical pronoun “I” in place of we at times. An operations order, shockingly brief by contemporary US Army standards, is reproduced as an appendix. Masters also provides a memorable description of the course at the Indian Army’s Staff College at Quetta in the seventh chapter, which will be of interest to any student of professional military education.

George MacDonald Fraser is famous as the author of the Flashman series of novels, about a Victorian anti-hero who achieves renown on colonial battlefields despite being a braggart and a coward. Fraser introduces his own memoir of service as a lowly private fighting under Slim in the jungles of Burma by warning of “how dehumanized military history has to be.” He then proceeds to describe, with his brilliant eye for detail and the absurd, the difference between “maps with red and blue arrows and oblongs” and “weary, thirty men with sore feet and aching shoulders,” as he once was. “Eleven hundred Japanese died in that battle,” Fraser notes, “the official history records the fact, but it doesn’t tell you how.” The war that Slim and Masters described is all still here, but it is different. Whereas Slim writes loftily that the British Army prioritized supply over mobility as a result of the Crimean War, and Masters calculates supply requirements in tons, Fraser records that British soldiers were taught the mantra that every single bullet cost three pence and had to be hauled halfway around the world, in order to cut down on ammunition waste.

Fraser considers his experience of war stranger than history or fiction. He notes that many of the events he experienced in Burma—such as watching a shot colleague rolling on the ground shouting “They got me! The dirty rats, they got me!” and an infantryman with a kukri parrying a Japanese officer armed with a samurai sword—were clichés that “you couldn’t get away with in fiction.” And his memoir, he admits, is basically “random.” Precisely because of that, Fraser’s memoir illustrates the role of chance and nature in the Burma war in a way that much more senior figures could not. The monsoon that Slim and Masters were worried would bog their forces in the mud was a strategic event precisely because it rotted equipment and feet, and it takes a private to explain that in a way that lets you smell it.

Slim wrote that “the most important thing about a commander is his effect on morale.” It is interesting to note that Fraser agrees. Fraser also gives the commander immense credit, noting his soldiers “believed every word [Slim said]—and it all came true,” and claiming Slim give the Fourteenth Army its “overwhelming confidence.” Fraser concludes: “No general ever did more with less.” It is hard to argue otherwise.

For Slim to win, Japan had to be psychologically defeated. Harp of Burma explains how that occurred. It is the finest literary memoir of the kyodatsu condition, the incomparable exhaustion and despair that pervaded Japan after its defeat in World War II. Its theme—ambitious for what was meant to be a children’s novel—is the transcendence of defeat through Buddhist contemplation. Through the odyssey of a company of the Imperial Japanese Army, Takeyama Michio compares Japanese civilization, which sent its soldiers to be destroyed in a foreign land, with Burmese civilization, where their defeat and ensuing captivity occurs (much as former American soldier James Jones would do with Polynesian civilization in The Thin Red Line). The Burmese, Takeyama thinks, are “weak,” “lazy,” and worst of all “colonized,” but do not hopelessly “try to change [the world] according to one’s own designs” and are thus infinitely happier. The author reveals the intense socialization for death (to borrow Tsurumi Kazuko’s phrase) of the Japanese soldiers, and juxtaposes them with Burmese who “do not fear death.” “Which civilization is more advanced?” Takeyama asks, but the question remains unanswered. In any event, neither of them won.

Capt. T.S. Allen serves as an intelligence officer in the U.S. Army. Follow him on Twitter @TS_Allen.