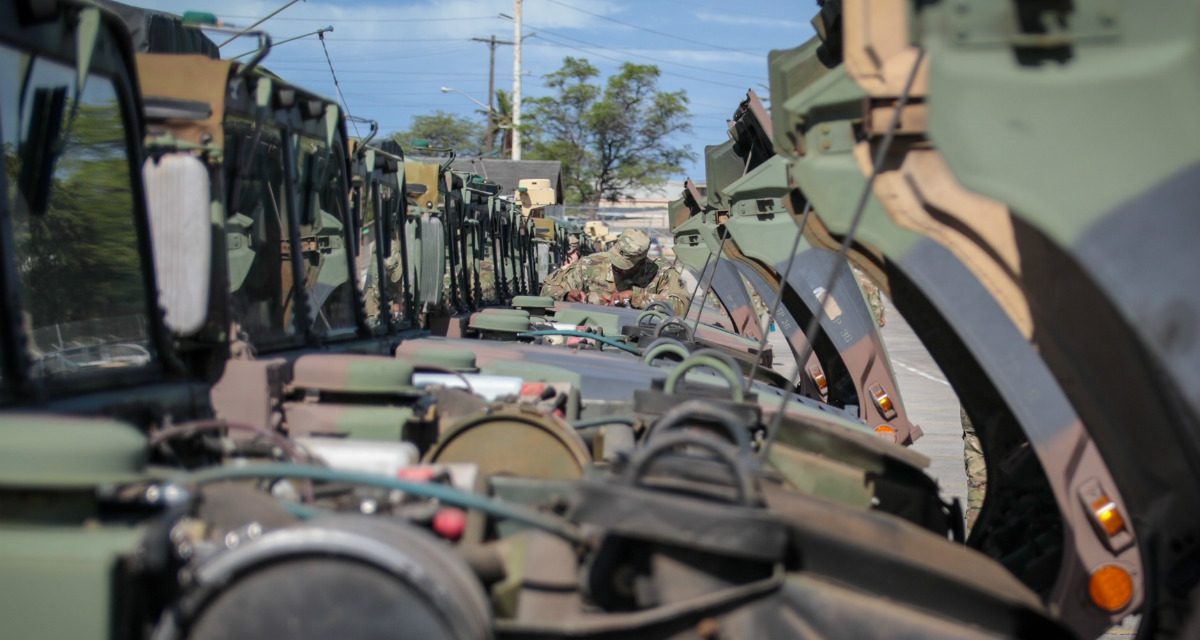 Picture it: you’re being asked to perform a task or fill a role—something simple, but on which a few or perhaps many other individuals depend in order to complete their own assigned functions. Maybe you’re supposed to set up a piece of gear, monitor certain information, or fill out an administrative form. You haven’t performed this action before, but you’ve either seen several other people do it, or have in front of you an example or template of how it’s been successfully completed in the recent past. What do you do?

The answer, of course, is that you just do it the way it has been done before, using past examples as a guide. That’s exactly what a great many people do in a great many circumstances. In the military, though, you’d better not admit to it. Saying that you’ve acted in a certain manner simply because “we’ve always done it that way” is guaranteed to get you a talking-to. We’ve all seen this conversation unfold. Many of us have even been on the receiving end of the admonishment that one is never, ever to do something just because it’s been done that way in the past (even when it has a demonstrated record of success).

This is a somewhat strange phenomenon, especially in military organizations characterized by the rapid progression of individuals through various roles—organizations that, moreover, heavily rely on tradition and received wisdom in order to function at all. Consider, for instance, what a person relatively new to a position knows if she has simply observed some task being successfully completed by someone else: the job got done, nobody got hurt, nobody got in trouble, and nobody on the team was confused, surprised, or prevented from performing their own tasks by the actions taken. That’s a pretty good set of standards for a novice. It might not be perfect (though it very well could be), but the reality of the military is that every individual at some point will rotate into a position—a billet or watch post or collateral duty—where he’ll have to learn on the job, and quickly. In such situations, the absolute best reference one could ask for is the recent observation of how another person successfully fulfilled the responsibilities of that same position. To ignore that example, actually, would be pretty irresponsible.

Most military training processes and organizational structures, in fact, are designed to ensure that people learn from—and to some extent, mimic—those who have gone before them. Standards of qualification and training pipelines are formal mechanisms for ensuring that people do things in a manner consistent with the way predecessors have done them. If this were not so, there would be no trainers, no instructors, and no standards worth writing down or teaching.

It is for the very same reason that the military creates and sustains a strong culture—because that culture consists a set of standards and practices passed down from junior to senior and between peers, ensuring everyone adheres to behavioral norms that have “always been that way.” The norms of culture are themselves tools of efficacy, of good order and discipline. Tradition injects tasks with purpose and provides members, from the most junior level, with a sense of meaning, duty, vigilance, and so much more.

The opposite scenario is instructive here, too: an individual that is unable or unwilling to perform a basic task by simply observing his predecessor and repeating her actions, an individual who questions everything at all times, will not be particularly useful. Indeed, such an individual will not be able to accomplish very much or function in a coherent manner, especially as part of a team in a stressful situation or a dangerous environment. A commanding officer and conning officer on a ship are very well served by a helmsman who performs her duties the way her predecessors did, rather than some other way, or with a constant questioning of procedures.

Over time, of course, as one becomes more expert and experienced in a role, it is healthy and productive to encourage deeper thought about improving procedures and consideration of how one task is connected to the organization, process, or mission more broadly. There’s plenty of room for changing, innovating, and questioning the old ways of accomplishing tasks (I’ve repeatedly advocated for just that in the pages of this very publication). Enterprise leaders, strategists, command staffs, senior enlisted advisors, small boat coxswains, on-scene commanders, members of dynamic small teams in novel scenarios, and many others should all be empowered and encouraged to responsibly invent and reinvent their procedures and share new best practices. Organizational progress depends on that.

But the ability to question processes and propose change is often the byproduct of experience. This is not to say that only senior leaders should question how and why we do things—far from it. Rather, it is a reflection of a simple truth: each day that we do our jobs (whether as junior personnel or senior leaders) better equips us to ask those questions. But often in our careers, we are required to comply with orders that need immediate completion or to try to manage an administrative collateral duty well enough to meet requirements and move on to address competing demands. The “way we’ve always done it” is not a bad guidepost when handling these types of duties.

If, even after a short period of time, junior individuals do feel they have insights and valuable suggestions for change (and they often do), organizational culture should support the sharing of ideas and provide avenues for it. Leaders just shouldn’t pretend to mandate such ingenuity at all times, when what they often need is reliable, repeatable performance of duties by personnel temporarily shuffling through their roles—when what they need, in short, is for a job to be done the way it’s always been done.

Commander Kevin Duffy is the Coast Guard Liaison Officer to the Republic of Panama. The views expressed are those of the author and do not reflect the official position of the United States Military Academy, Department of the Army, or Department of Defense.