What Comes Next in Ukraine: Three Scenarios 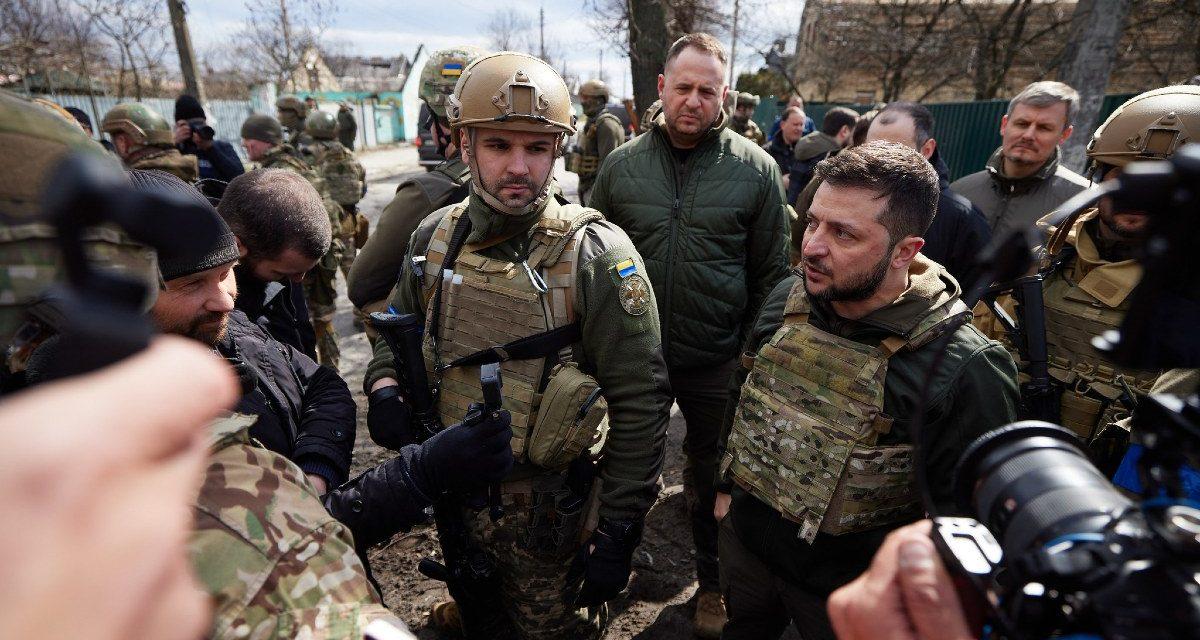 With their defeat in the Battle of Kyiv, Russian forces have started to concentrate in the east and south of Ukraine to build upon their greater advances there. Too many commentators have overlooked the battles in the south where Moscow’s troops were more successful in taking territory. The defense of Kyiv got all the media attention, as did Bucha, despite the wanton destruction of Mariupol. While it lost its battles in the north, the Russians have taken a swath of territory in the south and east that is roughly three times larger than the prewar area in the Donbas that the separatists held. Ukraine’s tenacious defenders have performed exceptionally well so far in the war, but continued success, especially in the south and east, cannot be assumed given the nature of the terrain there and current force levels. The next phase could generate larger and more decisive battles, depending upon the interaction of the contending strategies.

Success in war is often a clash of institutional adaptations, according to scholars including Williamson Murray and Theo Farrell. The Ukrainian way of war will have to evolve from the initial successes of the war’s opening six weeks. Having observed poor Russian performance up close, Ukrainian forces must avoid the same tactical mistakes their adversaries have made. On the other side, Russia is already demonstrating some adaptation, including designating a general officer, one with significant experience in Syria, as campaign commander. Russian military leaders certainly will not underestimate the motivation or lethality of the resistance. Attritional warfare, however, may still favor the Russians and their heavy artillery and ballistic missiles. Ultimately, I foresee three alternative scenarios that could emerge in the next few weeks.

Scenario 1: Ukraine on the Offensive

In the first scenario, Ukrainian forces go on the offensive in an effort to counter any attempts to surround their brigades holding the line in the Donbas. As part of this campaign, the Ukrainians would attempt to clear Kharkiv and Kershon. As Ukrainian Defense Minister Oleksii Reznikov noted, this requires more—and different—weapons than those Ukraine has received from international supporters so far. “To win such a war, we need different help than what we have been receiving before,” he said. “We want to liberate the enemy-occupied territories as soon as possible. To do this, we need other weapons.” Yet Ukraine does not have troops familiar with some of these, especially those that are not legacy Soviet systems. The new weapons that would be most effective are not as easy to operate or maintain as most of the handheld munitions the West provided earlier.

What would the outcome be if Ukraine goes on the offensive? This type of fighting could generate massive levels of casualties for the Ukrainians and it is likely that they would ultimately fail while expending much of their manpower and munitions stocks.

In the second alternative, Russian forces go on the offense. If the Russians could mount assaults from both the north and south and seize the key city of Dnipro, it could isolate significant Ukrainian combat power in one fell swoop. But this assumes a degree of skill at combined arms maneuver that Russian units have largely failed to demonstrate since invading. While some feel that the rolling plains in the east play to Russian advantages in large mechanized operations, the success that the Ukrainians had against armor, from the air and on the ground, could be replicated in the Donbas—although the engagement ranges will be greater. Moreover, if Dnipro becomes key terrain, it will become significant that Russia’s approach to urban warfare ignores the basic rules and overlooks the effectiveness of decentralized operations when fighting in cities.

In this scenario, the Russians may also try to expand their position and close off Ukraine’s access to the Black Sea entirely. Odesa is less likely to be taken than other coastal cities, however, given its size. The loss of its port and access to the Black Sea would be a severe reverse for Ukraine’s long-term economic prospects. The Ukrainian defense will have to weight its effort against that thrust.

The Russians would probably fail again in this scenario. They may have improved some elements of their readiness posture, but I doubt that they learned enough from their poor performance so far, and many of their deficiencies (logistics and small-unit leadership) cannot be corrected in the near term. This approach could doom the Russian military if they continue their failures in operational art, pursuing too many objectives with too few troops to cover the tasks assigned. Russia is likely to lose under this scenario, almost as badly as it has so far in the north.

Scenario 3: A War of Attrition

Another option would be for both sides to avoid taking to the offensive with massed assaults, instead preserving the current contact lines and conducting a war of attrition. Because of its material advantages, Russia might have the upper hand here but will still suffer from poor theater command, degraded operational leadership, and manpower constraints. In this scenario, we would expect to see Ukraine make a strong effort to impose costs via unconventional warfare, leveraging the training and concepts developed by American practitioners.

The most likely result is a stalemate, and the West is the biggest loser if that scenario plays out as it continues to cover the costs for Ukraine’s military operations, absorb the flow of refugees and meet their humanitarian needs, and see the economic impacts (including a possible recession in Europe) of its efforts to maintain pressure on the Russian government and elites. The more protracted this war becomes, as Sir Lawrence Freedman wisely counsels, the greater the possibility that Russian President Vladimir Putin escalates in an insidious manner or that some miscalculation results in NATO becoming a direct belligerent. However, given Putin’s history, another frozen conflict could be the long-term result.

What it Means for the War’s Termination

All told, we should expect Putin to consolidate his hold on the Donbas region and most of his gains. It is likely that Putin will claim the crescent of terrain now held, from Kharkiv to Kershon, as his spoils regardless of whether he elects to retake the offensive or not. How much of that he intends to keep permanently and how much would become chips at the bargaining table will depend on the negotiations and the results of the battlefield. Yet, after their operational success, coupled with the depravity of Bucha, it will be politically difficult for the Ukrainian people to accept the loss of territory and diminished political independence that Putin will demand. A cessation of hostilities in some form, de facto or agreed, is arguably the best of many bad options including a wider war.

Putin will claim a victory after any deal, despite the manifestly clear evidence that he has lost the war in a strategic sense. For a leader seeking to reassert a global leadership role and a prestigious or respected position in the world, he has badly blundered. He cannot obtain his original objectives and certainly not at a cost that a reasonable leader would consider proportionate. His political position is much weaker today than it was before the invasion, and he has cost his nation grievously in terms of its losses and diminished future economic prospects.

However, he will remain in the Kremlin, even if as an international pariah. Peace negotiations may at some point produce some form of ceasefire or armistice to stop the ongoing and massive human costs. Any agreement or pause will be abused by Putin, who needs time to recover and retrain his depleted legions. Negotiation will also be odious and present difficult decisions for Ukraine. Yet, Ukrainian President Volodymyr Zelenskyy should not be forced into a poisoned peace, a phony deal that merely extends the conflict and the numerous costs it poses both for Ukraine and the West. Whichever of the scenarios takes shape in the weeks to come, Kyiv should not lose at the table what its forces have gained on the battlefield.

Dr. Frank Hoffman is a retired Marine infantry officer with over forty years in the Department of Defense as an analyst and strategist. A distinguished military graduate of the University of Pennsylvania in 1978, he earned his PhD in war studies from King’s College London.