Women in War, Lessons from History 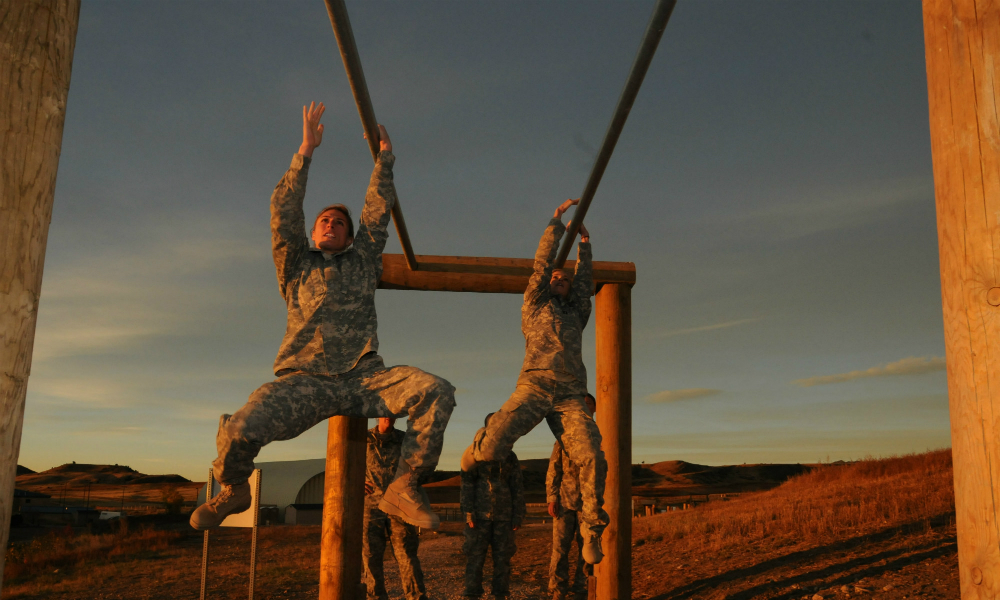 All the pieces I’ve written for MWI have been with an eye towards wider publication. Not this time.

Today, I’m writing to the cadets at West Point, specifically to the women in uniform. Recently my colleague, Maj. John Spencer, wrote an op-ed for the LA Times, in which he argued that in order for women to be encouraged to join, and prepared to succeed in, combat arms branches, men in the military need to do more. I would argue that there is also a broader cultural shift necessary. The narrative about women in combat needs to change.

As someone who grew up in Hollywood, whose mom was actually in the movie “G.I. Jane,” I can tell you that pop culture is way behind the curve when it comes to the film industry’s treatment of gender equality and the military.

I tried for years to shop around a screenplay I wrote about the “Night Witches,” the all-female squadron of Soviet bomber pilots in World War II, and I can tell you that war movies about women are not seen as money-makers . . . until they are. All it takes is one hit. Maybe that will happen with “Ashley’s War,” the true story of female soldiers who accompanied special operations forces on missions during the war in Afghanistan. But there are many more examples throughout history of courageous women in combat. The following list is just a tiny sliver. Bringing any of these stories to the silver screen won’t in itself change the cultural narrative. But it will help.

The Revolutionary War saw many women marching off to war alongside their husbands. One of those was Margaret Corbin. When her artilleryman husband was killed at the Battle of Fort Washington, Margaret took his place on the firing line. For the rest of the battle, she “manned” his cannon, firing continuously while being hit in the arm, chest, and face.

Hundreds of women fought in this conflict, most of them disguised as men. One of them was Mary Galloway who, at sixteen years old, took a bullet in the neck at Antietam. She lay in a ditch for a day and half, refused treatment from male surgeons, and was finally saved by another pioneering woman, Clara Barton.

Cathay Williams, born a slave, was freed by the Union Army and pressed into service as a cook, traveling with the 8th Indiana through the Red River Campaign and the Battle of Pea Ridge. She would go on to wear the Army’s blue uniform after the war, when, disguised as a man, she enlisted and became the first female Buffalo Soldier (that we know of!).

World Wars I and II

The twentieth century saw us stepping onto the world stage, but we did so from behind the safety of two oceans. That safety allowed the luxury of sexism. We didn’t deploy women in direct combat roles because we didn’t have to. Other countries didn’t have a choice. The most notable example in those two global conflicts was Mother Russia, who called on her daughters to save her.

In World War I, when the Russian army was crumbling, women stepped forward to fill the growing void. One of the new all-female units was known as the “Battalion of Death,” the members of which not only stood their ground under fire, but shamed their male comrades by charging past them into battle.

By World War II, women filled every combat assignment in the Red Army. There were tankers, like Mariya Oktyabrskaya, who would jump out of her T-34 to repair it under fire. There were fighter aces like Lydia Litvyak, the “White Lily of Stalingrad” who shot down a dozen Nazi aircraft. And there were snipers like Lyudmila Pavlichenko who scored 309 confirmed kills, more than any American sniper in any war!

While women weren’t officially allowed in direct combat roles, anyone wearing a combat action badge will tell you that there is no safe zone in a guerilla war. More than 11,000 women served in Vietnam. Some made history, like the US Navy’s Cdr. Elizabeth Barrett, who became the first female line officer to hold a command position in a combat zone. Some paid the ultimate price, like 1st Lt. Sharon Ann Lane, who was killed when her hospital was attacked by the Vietcong.

Right now, half a world away, thousands of women are fighting ISIS as members of the YPJ, the Kurdish Women’s Defense Units. They are serving in the kind of sustained land war Americans haven’t seen since Korea. Make no mistake, these are frontline combat units, and they know what will happen if they’re captured. And yet, as one of them told the BBC, “One of our Women is worth 100 of their men.”

The Kurdish fighters facing off against ISIS clearly recognize the valuable contributions women among their ranks have to make. It’s time to make sure the American cultural narrative about women in direct combat roles reflects these contributions, too—both current and historical. Seeing depictions of women in combat action is an important step toward encouraging more women to join newly opened combat arms branches. As Maj. Gen. Tammy Smith recently reminded her followers on Twitter, “If I can see it I can be it.” Hollywood isn’t the solution. But it can and should be part of it.