Dancing with the Devil? Why John Bolton Could be the Man Who Keeps America out of War 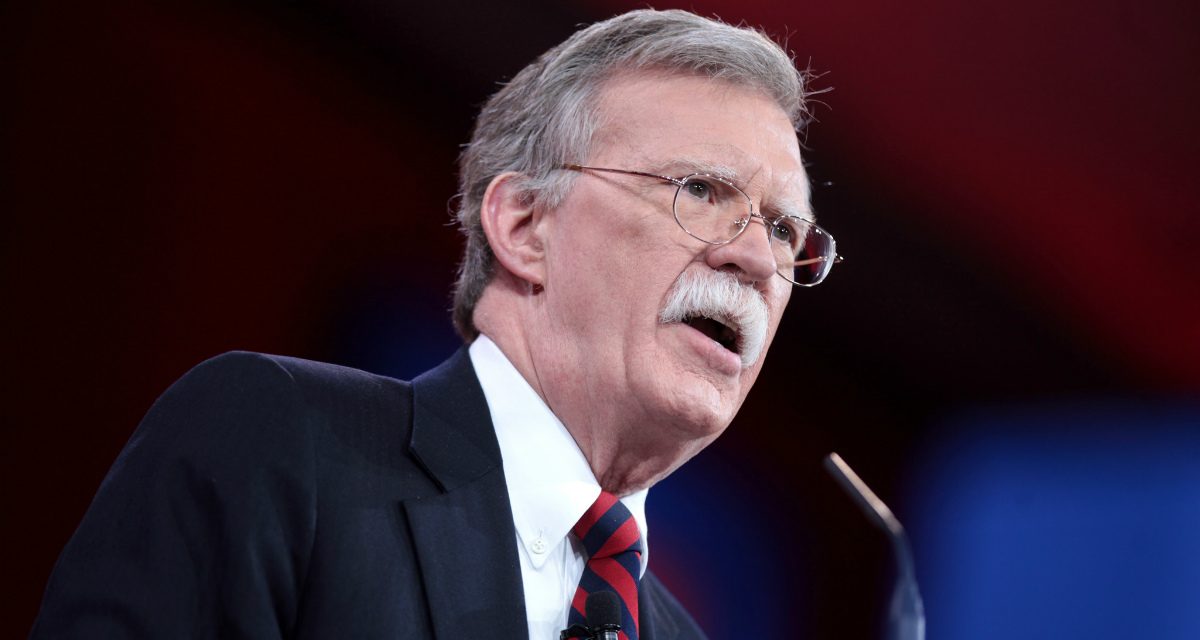 Last week’s appointment of John Bolton to replace embattled National Security Advisor H.R. McMaster landed in a way of which we are sure John Bolton would approve—like an atomic bomb amongst political prognosticators and pundits. Colin Kahl called Bolton a “national security threat.” Retired US Army Gen. Barry McCaffrey labeled him the “worst choice” possible. Colum Lynch and Elias Groll were slightly more measured in their response, merely declaring Bolton an “uber-hawk” that would deliver a “much more belligerent foreign policy.” While there were some defenders of the president’s choice to replace McMaster, the general consensus within the establishment seems to be that Bolton is a poor choice that is likely to push the United States closer to armed confrontation on the Korean Peninsula and elsewhere.

It is true that if you wanted to add credibility to the idea that you are willing to go to war, John Bolton is exactly the right pick. But there is a flip side to this fact that pundit reactions have mostly ignored: credibility is exactly what President Donald Trump needs to negotiate effectively and to avoid war.

I think this notion everybody talks about, that the risks of war have gone up, is wrong. . . . This is the peace-through-strength crowd who want to make clear to people that they’re tough and that no one should cross them. But the reason for that is to deter war.

Unlike others in the established foreign policy world, Hadley appears to give President Trump more credit in both the motive and the intelligence departments. His point, and ours, is that effective deterrence requires effective threats.

As the American economist and deterrence theorist Thomas Schelling wrote more than half a century ago, effective threats require three things. First, the maker of the threat must be capable of carrying out the threat. Second, a threat must be clearly communicated. And lastly, threats must be credible. Rarely over the past several decades has the United States achieved all three simultaneously—a situation which appears to have changed under the Trump administration. Trump’s bolstering of the military’s budget and continuation of the Obama-era nuclear modernization program have increased US capability. Furthermore, although perhaps uncomfortable to many, President Trump has effectively and unambiguously communicated his intent to Pyongyang. And now, with the appointment of Bolton, along with that of Mike Pompeo as secretary of state, President Trump has enhanced the credibility of US threats.

These additions to President Trump’s national security team provide the best scenario for a credible threat going into negotiations. Their uber-hawkishness provides the necessary counterbalance to the American people’s clear desire to avoid a costly entanglement. And given recent domestic political actions that put him in trouble with his base, President Trump needs as much credibility for violent action as he can get. Kim Jong Un—who appears to be a savvy, albeit ruthless political operative and keen observer of American politics—will almost certainly recognize that President Trump is under pressure to deliver a win on North Korea. This costs the United States leverage in negotiations, since it makes the president seem more desperate. But the plausible threat of force can add a little leverage back. A “mustachioed madman” who calls for bombing Iran and has made a legal justification for a preemptive strike on North Korea adds just the right amount of spice to the mix, even if having a guy who holds those opinions so close to the president is troubling to some here at home.

But what can President Trump achieve with this newfound credibility? The administration’s strategy of increased pressure on and engagement with North Korea now is bolstered by potential military action. This is more likely to lead Kim Jung-Un to consider real concessions. He might, for example, pause or limit nuclear development but keep what he has. Such an outcome might prove to be as optimal as the United States could hope for, since some see it as unreasonable to expect a sovereign power to surrender its only guarantee—especially after the dramatic overthrow and subsequent death of Muammar Gaddaffi after he voluntarily abandoned Libya’s nuclear program. Let’s be honest, North Korea became a nuclear power under our previous strategies, and those strategies certainly haven’t made counterproliferation appear likely. After their umpteenth round of nuclear and missile tests last year, many stated that denuclearization was dead, and we should focus on deterrence.

Or, the administration could still go for the full monty: denuclearization. President Trump is nothing if not bold, and, importantly, the reshuffling of his national security team will now have the administration speaking with one voice. This lineup of actors at the negotiating table could bring the prospect of denuclearization back into reality. While the process is likely to take years, if not decades, why not continue to try? The worst outcome is a North Korea that doesn’t denuclearize, and we focus on deterrence (which is where we are now).

The first option will cost us less and the latter will cost us a lot, but both might be possible. And the real possibilities of limited agreement and an attempt at denuclearization are better than a war with North Korea.

This new round of negotiations could also allow America to accomplish what has seemed unthinkable for nearly seventy years: leaving the Korean Peninsula. While some view American presence as a useful hedge against the rise of China, it is unlikely that the mere 23,000 or so troops would provide much utility in a conventional war with the People’s Republic. On the other hand, the troops’ presence is almost certainly perceived by China as a symbol of American imperialism in its own backyard. Further, the isolated troops would be an excellent target of opportunity in any Sino-American war, whose destruction or capture could give the American public pause before engaging in a wider conflict. Regardless of the value one places on American presence in Korea, they cannot remain forever and part of American concessions towards counterproliferation could be troop reduction (or even complete withdrawal) from South Korea. With increased communication between President Moon Jae-In and Kim Jong-Un, the opportunity seems to exist for the Korean problem to be solved by Koreans and there are more ways we can demonstrate our support for South Korea besides keeping a military speed bump (or tripwire) on their border. For instance, the mere suggestion of high-level meetings between the United States and North Korea have already borne fruit and encouraged President Moon to call for trilateral talks.

This removal or reduction of troops in Korea is good for both proponents of Pax Americana and Trump supporters alike. To the neoconservative, the removal of American forces from Korea allows their use elsewhere to support our “benevolent global hegemony.” Adherents of the president’s America First policy would welcome a reduction in the active force size and associated costs which would free up precious money for domestic projects or further tax cuts. There is a good and spirited debate to be had about what to do with American soldiers who are no longer committed to South Korea, but either way, removing American military power from South Korea opens up doors for other policy prescriptions, whether that is infrastructure spending at home or nation building abroad.

Whatever President Trump’s goals are for negotiations with North Korea, the addition of John Bolton to the team is helpful to achieving them. Despite his apparent propensity for the use of military force, Bolton might be the ingredient that helps avoid it. To some, President Trump has chosen to dance with the devil. That may be exactly what he wants everyone to believe.