In the Gray Zone, This Much is Black and White: SOF Must Develop Partner and Ally Nation Capabilities 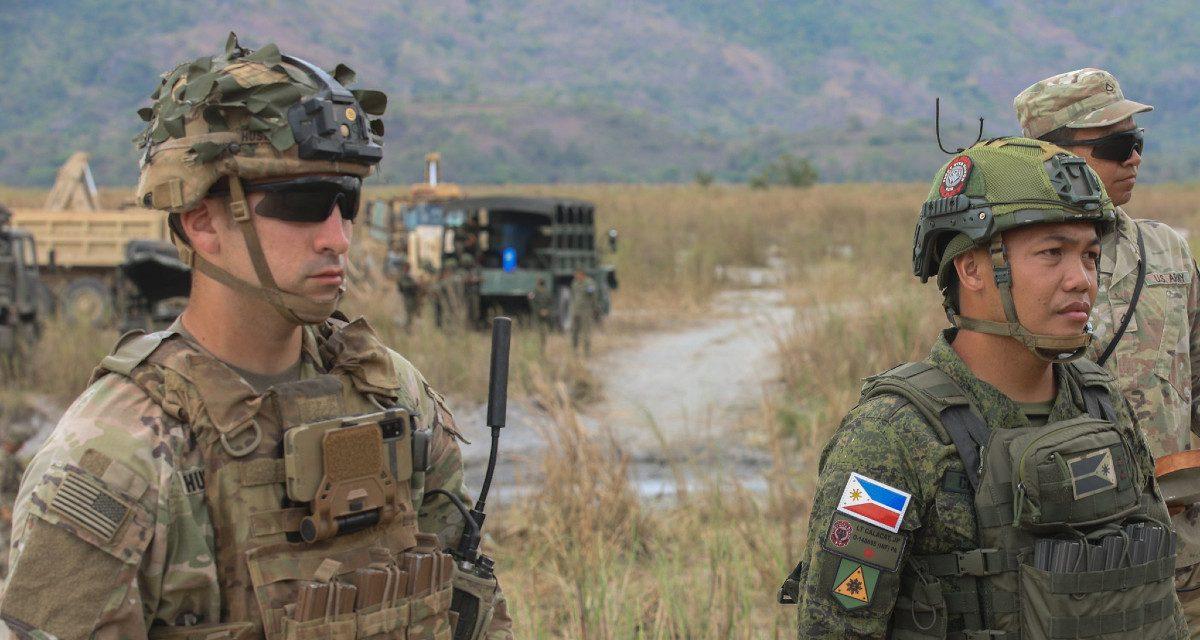 Irregular warfare is fundamental to strategic competition with China and Russia. In his recent congressional testimony, General Richard Clarke described the critical space in which this competition will unfold and who should play a key role: “SOF [special operations forces] remain ideally suited to identify an adversary’s challenges in the ‘gray zone’ and counter those malign activities with firmness while managing escalation.” The United States is uniquely postured with this offset capability to dissuade China and Russia from destabilizing activities. Employment of unconventional deterrence methods “by, with, and through” US partners and allies will further enable SOF assets to amplify disincentives. The application of this suite of irregular warfare capabilities is most effective when comprehensively applied to a foreign internal defense enterprise. Accordingly, the United States must fortify the organic capabilities of partner nations, develop a sustainable resistance capacity to increase the potential costs to US adversaries, and ultimately, shape their behavior.

Identifying the Levers of Influence

In the sphere of deterrence, building partner nation competency requires training, advisement, and assistance to improve intelligence, surveillance, and reconnaissance capabilities for domain awareness. Developing the resistance capabilities of partner nations enables the effective imposition of costs through sabotage, subversion, and information warfare. The examples used in this article are focused on China, but similar activities and methods would likely have similar influence against Russia. Ideally, the analysis expressed here is not seen as the only answer, but rather a spark to ignite an ongoing dialogue on the use of irregular warfare as an integral component of a competitive military strategy.

Strategic competition requires implementing strategies that employ one’s inherent strengths against competitors’ inherent weaknesses, compelling them to respond. In its most impactful form, this strategy elicits an overreaction by aggravating visceral fears within a competitor’s strategic culture. Such strategies target the instinctive fear of domestic instability among Chinese and Russian leadership, which often results in a diversion of resources from external activities to internal security. China and Russia perceive this situation as particularly costly because it demands they reorient their focus from the world stage to more insular maintenance and management. In these scenarios, they may also have to tamp down influence from neighboring states that can further foment internal unrest.

Competitive strategies require all instruments of national power to synchronize efforts in the space short of armed conflict, but the focus here is on the asymmetric capabilities that the SOF missions deliver. The activities discussed in this article are not exclusively a function of SOF; however, within the range of military operations, SOF heavily specialize in building relationships to further military engagement, security cooperation, and deterrence. The lines of effort argued here are in support of the 2022 National Defense Strategy, specifically through “campaigning,” which is designed to “undermine acute forms of competitor coercion, complicate competitors’ military preparations, and develop our own warfighting capabilities together with Allies and partners.” Before the United States can build and train resistance forces, it must first work to find willing partners through strategic engagements.

Using US naval assets and SOF in tandem to equip and train maritime forces will harden the resolve of partner nations facing China’s activities in the South China Sea. Leaders in China are known to subscribe to the maxim attributed to Vladimir Lenin. Probe with a bayonet, it advises, and stop if you meet steel, push if you meet mush. The objective of this activity is to forge that steel to persuade China to ease or cease their probing actions. Advising partner nations in capabilities to patrol their shores and enforce international law provides an avenue to hold China accountable for its aggressive behavior more effectively. Training for incident resolution against China’s maritime militia, which operates with impunity and without regard for international law, requires specific de-escalatory measures to avoid potentially violent encounters.

Some argue that China will see increased patrols as a threat and escalate matters to force its will upon smaller states more rapidly, thereby limiting the response time for a third-party intervention from countries such as the United States. Still, combining an increased patrol and law enforcement capability with adept statecraft provides a potential diplomatic and informational advantage to the partner nations. Recently, the Philippines’ government recognized the benefit of such advantage when its increased patrols confronted Chinese militia vessels near Sabina Shoal and escorted them from the area. Increasing maritime patrols and training effective maritime law enforcement protects the shores of partner nations and provides legitimacy under international rule of law to territorial claims and disputes.

Importantly, these capabilities must be contextualized and aligned with other functions. Increasing the effectiveness of maritime patrols will not be efficient without the improved capacity for domain awareness. While conducting destabilizing operations in the South China Sea, “Chinese maritime militia ships simply turn their AIS [Automatic Identification System] transponders off to mask their activity.” The attempts to hide the activity of these Chinese vessels show the need for countries with sovereign claims in the area to ramp up their intelligence, surveillance, and reconnaissance capabilities. Through equipment sales and the use of air commandos in an advise-and-assist capacity, countries with aerial capabilities will gain efficiency in their maritime patrols and law enforcement.

Exploiting and disseminating the collection results also creates a deterrent effect by providing technical data to support diplomatic efforts in reducing Chinese aggression. Even though Hanoi has a “Three Nos” defense policy—“no military alliances, no aligning with one nation against another, and no foreign military bases on Vietnamese soil”—continued Chinese aggression provides an opportunity for Vietnam to officially recognize a partnership with US strategic messaging. Simultaneously, building partner capabilities heightens both transparency and legitimacy for the United States with the oversight of international organizations should China attempt to cast aspersions on US actions or intentions.

Information: A Multifaceted Environment and Weapon

A dedicated effort to target Chinese coercive activities could also deter China in the information environment. US SOF, working with and through partner nations, are critical assets for altering Chinese behavior with the use of military information support operations (MISO). The cognitive dimension of a population is the focal point of MISO activities. In his congressional testimony, General Clarke highlighted the Joint MISO WebOps Center as an example designed to “actively engage foreign audiences to illuminate and counter hostile propaganda and disinformation online.”

By broadening awareness of China’s destabilizing actions, foreign partners can help persuade other countries to hold China accountable and strengthen their capacity to do so. Video and technical evidence helps cultivate the necessary psychological impact to bolster the population’s resolve to impel change with respect to malign behavior. A valid argument against this type of operation is the fact that the Chinese government censors the information its population receives, and the people of other nations in the region are already aware of China’s actions. However, exercises in Eastern Europe focused on shaping behaviors regarding Russia showed the power of precision messaging by MISO operators to influence views of a population. The ability to influence the narrative and apply MISO techniques in the South China Sea is necessary for the United States and partner nations to dissuade China from further destabilizing actions.

Also in the psychological realm, resistance activities tend to carry elevated political risk for the United States but also offer a high return on investment in strategic competition. Recruiting dissidents and resistance fighters to execute subversion and sabotage operations allows partner nations to create opportunities that deter Chinese aggression. Additionally, partner nations trained by SOF in nonviolent resistance techniques could provide the ability to impose higher costs for Chinese aggression. US SOF can complicate Chinese decision-making by “supporting resistance activities that undermine sources of adversarial material power.” To effectively deter, a “credible threat of unconventional warfare” must exist, and that takes “years of purposeful relationship nurturing” between SOF and surrogate forces.

Setting the Course for the Future

A deliberate operation needs to start now with the understanding that accomplishing these objectives could take years if not decades. Such operations seek weaknesses in the system and create cognitive influences on the Chinese government and its citizens. If these vulnerabilities do exist, then it is the role of SOF to exploit them in support of US strategic objectives and in cooperation with partner nations. Many will argue a strategy focused on increasing resistance to China’s malign activities is too aggressive and could escalate competition into armed conflict. But if the United States and its partners continue to allow aggressive behavior without risk of response, China will slowly assert its dominance in the region as a fait accompli until it controls all the territory currently in dispute. China’s budding regional dominance demands that the United States, alongside its partners and allies, demonstrates a credible countercurrent. Otherwise, the United States risks losing the strategic competition for partners in the Indo-Pacific.

Using irregular warfare methods, the United States can strengthen deterrence, create robust resistance within partner nations, and use the information environment to influence the decision-making of Chinese and Russian leadership. Moreover, the use of SOF to build relationships in these regions provides placement and access should the worst happen: the eruption of armed conflict. As General Joseph Votel and coauthors have written, it is essential to remember that “a gray zone ‘win’ is not a win in the classic warfare sense,” but rather, “maintaining the U.S. Government’s positional advantage . . . or simply denying an adversary a decisive positional advantage.”

Competitive strategies in the gray zone must include irregular warfare focused on partnerships and US positional advantage. It is time for some unconventional deterrence and the concept must include the use of SOF to work by, with, and through partner nations for foreign internal defense and resistance activities. Forcing China and Russia to expend resources on domestic security lessens the resources available to them to allocate to coercion or expansion in the future. Though creating and training resistance forces may seem antithetical to promoting stability in the region, the objective is to harden the steel that halts the probe with the bayonet.

Lieutenant Colonel Clifford Lucas is an Air Force special operations aviator with over 1,800 combat hours in Operations Enduring Freedom and Iraqi Freedom. He is a graduate of the US Air Force Weapons School, the College of Naval Command and Staff, and the Secretary of Defense’s Strategic Thinker Program at Johns Hopkins University’s School of Advanced International Studies. He has practical experience at the operations squadron and group level, and staff experience at the major command, Headquarters Air Force, and Joint Staff level.