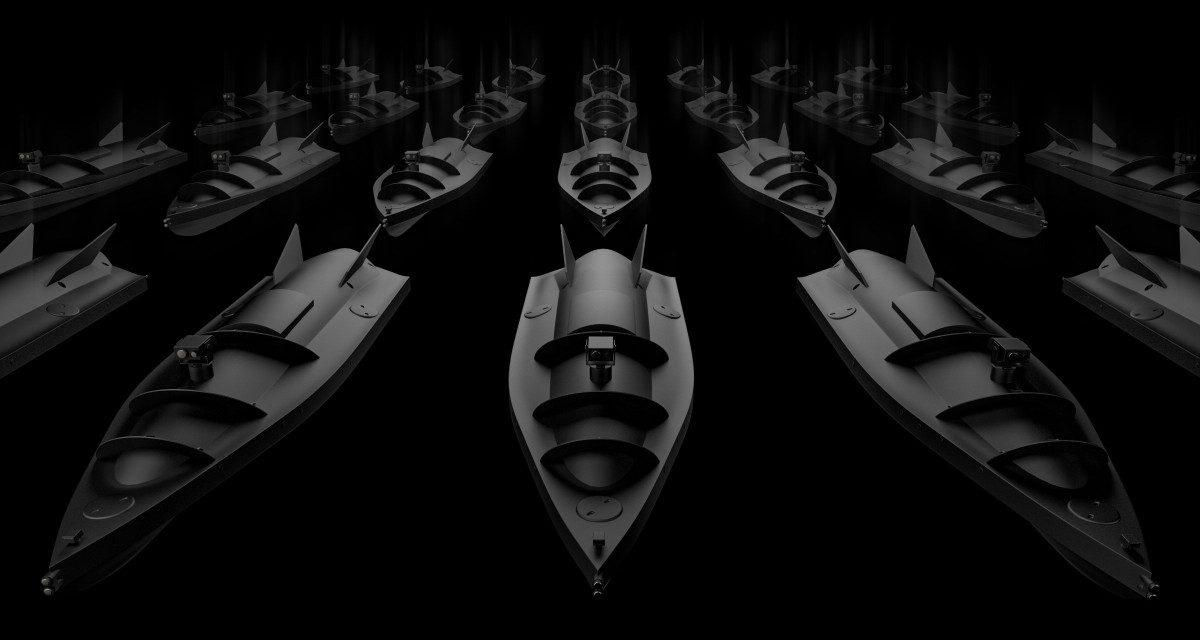 On October 29, Ukraine deployed a total of sixteen drones in an attack on the Russian Black Sea Fleet. The extent of the physical damage inflicted by the attack is unclear, though a Russian minehunter and a frigate appear to have been damaged. But the larger psychological effects were significant: Russia appears to have withdrawn many of its ships, moving them to more secure ports, which limits the firepower and presence they can provide. Russia also upgraded the defenses of those ports, adding numerous booms throughout the area. But that didn’t stop another Ukrainian attack with unmanned vehicles on Novorossiysk a couple weeks later.

Perhaps the most surprising thing is that only nine of the vehicles involved in the October attack were UAVs—unmanned aerial vehicles. The other seven were USVs, unmanned surface vehicles plying the waves as they approached their targets. The Novorossiysk attack was also conducted by a USV. The involvement of USVs might come as a surprise, given that the United States has just experienced two decades of warfighting that reinforced the habitual conceptualization of drone warfare as a phenomenon of the skies.

The attacks actually were not the first time USVs have caused harm. In January 2017, Houthi rebels used drone boats to cause serious damage to a Saudi frigate. Such attacks can be expected to increase in the future, because the technology is simply not that difficult. The Houthis fielded the technology as a nonstate actor (albeit a well-resourced, state-sponsored one), while the Ukrainian systems were simple modified jet skis. Plus, USVs are relatively low cost, can strike at sea level to encourage flooding in the target vessel, and can carry more explosives than a mine or torpedo. However, drone countermeasures are almost entirely focused on countering UAVs. A few references to countering nonaerial drones exist in the open-source literature, but they are fleeting.

The United States needs to think more deeply about how to counter drones operating across every domain. Although certain systems like jammers may still be effective, the details may vary. Different domains may also have unique defensive options, while also having different opportunity costs with existing defensive systems. An antiship missile may work fine against a USV, for example, but is it worth it?

Before a drone can be defeated, it must be detected and tracked. Current best practices for detecting and countering UAVs emphasize defense in depth using different types of sensors attuned to different signatures, given range differences and detection trade-offs. Although nonaerial drones may give similar types of signatures, the details will be different. For example, acoustic detectors may pick up the unique sound of a UAV engine or whirring rotors, but the engine of a ground or surface vehicle may sound quite different. Plus, how do detection measures hold up when groups of drones attack from multiple angles across multiple domains at once? Only once the drone is detected can defenders respond.

Jammers that sever the control link between the drone and the operator or the drone’s GPS links represent the most common form of drone countermeasure, accounting for over half the counterdrone systems on the market. A remotely piloted USV depends as much on communication links for control and navigation as a UAV. Those links can be jammed too. But the details will likely vary. Nonaerial drones may operate on different frequencies and at different ranges, while their generally larger sizes allow more power to be devoted to overcoming jamming signals, at least compared to smaller commercial drones. Likewise, unmanned undersea vehicles (UUVs) may only minimally use the electromagnetic spectrum, given the challenges of underwater transmission, relying instead on acoustic signals. GPS jammers might still be useful as the UUV may use periscopes or buoys for GPS geolocation. Techniques like visual odometry may also decrease the need for GPS-based geolocation. And as unmanned systems become increasingly autonomous with humans playing smaller and smaller roles, communication links will also become less critical. But jamming is not the only option.

Nonaerial drones, of course, naturally share similarities with other vehicles operating in their respective domain: a USV is really just another boat. So, weapons designed to counter vehicles in those domains may be just fine. A prayer to Saint Javelin would offer the same prospects of salvation from a Russian Uran-9 unmanned ground vehicle (UGV) as from a Russian T-90 tank. However, what is less clear is the opportunity cost. Destroying a Russian tank would cause much more harm than destroying an Uran-9, especially because the Uran-9 performed quite poorly in its Syrian debut. The cost may be worth paying to defend a much more expensive asset, but may deplete resources over the long term, especially if cheap drones are used as munition sponges. That has long been a challenge with UAVs, such as when Israel used a multimillion-dollar Patriot missile to shoot down a homemade Hamas UAV. Different domains open up different options though.

Physical barriers aren’t much protection from an aerial drone. Nets might protect narrow passages, but covering a whole building or military base in a net is unlikely to be a good idea. However, nets, fencing, booms, and bollards are quite viable for drones in other domains. Stopping a large UGV equipped with explosives is not too much different from stopping an attempted car bombing. Although UAVs can move dynamically through three dimensions, surface and ground drones are mostly restricted to two dimensions (except for the rare hybrid drone that can both fly and drive). UUVs are more flexible, being able to change depths, though ports with restricted entry and exit areas and relatively shallow waters might still be defendable with physical barriers. Plus, physical barriers do not require the drones to be detected first. The challenge with barriers is the risk of synchronous attacks. Multiple drones may strike in sequence with the first drone puncturing the barrier while follow-on drones flow through to the protected asset. Drones are relatively cheap, so massing them may not be an issue.

States are increasingly connecting numerous drones into integrated drone swarms that may operate in multiple domains simultaneously. For example, Russia is developing multidomain swarms in which UAVs guide heavy UGVs. Likewise, the US Navy has developed small USV swarms, while the Naval Postgraduate School is exploring “super swarms” involving thousands of drones. That creates a dilemma for defenders: Which drones should be the priority? Is it better to blind the UAVs providing guidance to a UGV mounted with a cannon, or target the ground vehicle? Can weapons like high-powered microwaves transition between and fire from a sufficiently large range of angles to counter drones operating in multiple domains? The Sevastopol attacks show integration into a single system is not necessary to raise these dilemmas, though dynamic, AI-driven maneuver may exacerbate the dilemmas drastically.

The challenge is the United States does not appear well prepared to tackle these challenges. Although countering UAVs has gotten extensive attention, far less has been paid to countering nonaerial drones. In fact, in the open-source literature, there is scant analysis that focuses on differences in domain, except for a Naval Postgraduate School capstone research project on a counter-UUV system architecture. Defense budget documents do suggest parts of the Pentagon are at least aware: the fiscal year 2019 defense budget included funding to improve USV situational awareness for the I-Stalker / Sea Sparrow missile system.

So what should the United States do? The obvious answer is to invest in researching, developing, testing, and deploying countermeasures specific to nonaerial domains. But the less obvious part is to consider which aerial drone countermeasures might be usable or adaptable to nonaerial threats. Falcons and net guns probably are not useful, but variable jammers able to target different frequencies might do just fine. Ordinary antiship, antitank, and antitorpedo weapons may work well too. The United States can look at approaches developed to counter Iranian small manned boat swarms for insights applicable to countering swarming USVs. But wargaming, modeling, simulation, and exercises will all be needed to explore system trade-offs, investigate how adversaries may integrate drones with manned vehicles, and develop and test concepts of operation. Sites threatened by drones across multiple domains will also need to integrate detectors and interceptors to the maximum extent possible to ensure defenders are not overwhelmed with data and response options.

Especially critical is that the United States assesses countermeasures as broadly as feasible. Just as UAVs span the gamut from tiny quadcopters to the MQ-9 Reaper’s sixty-six-foot wingspan, nonaerial drones could range from bombs strapped to radio-controlled cars to USVs larger than a corvette. The composition and scale of the drone threat needs to be considered broadly too: How might the Russian response have changed if Ukraine used ten USVs and five UAVs? Or five USVs, five UAVs, and five manned fast attack craft? Or twenty of each?

UAVs have garnered significant attention in recent years. Rightfully so. UAVs were a defining feature of the post-9/11 war on terrorism, and nonstate actors have more recently shown they could weaponize commercial UAVs. Both trends drove a pattern of thinking about unmanned platforms that centered on the air domain. But the Ukraine war shows drones operating in other domains can have major consequences too. The United States needs to think seriously about this threat and how to prepare. If not, the next conflict may see American ships doing what Russian ships have been forced to do—cowering in a safe harbor.

Zachary Kallenborn is a policy fellow at the Schar School of Policy and Government, a research affiliate with the Unconventional Weapons and Technology Division of the National Consortium for the Study of Terrorism and Responses to Terrorism, a fellow at the National Institute for Deterrence Studies, an officially proclaimed US Army “Mad Scientist,” and national security consultant. His research on autonomous weapons, drone swarms, weapons of mass destruction, and apocalyptic terrorism has been published in a wide range of peer-reviewed, wonky, and popular outlets, including the Brookings Institution, Foreign Policy, Slate, War on the Rocks, the Nonproliferation Review, and Parameters. Journalists have written about and shared that research in the New York Times, NPR, Associated Press, the New Scientist, and Newsweek, among dozens of others.