Leaders, We Need Your Data: The Key to Refining the Army Combat Fitness Test 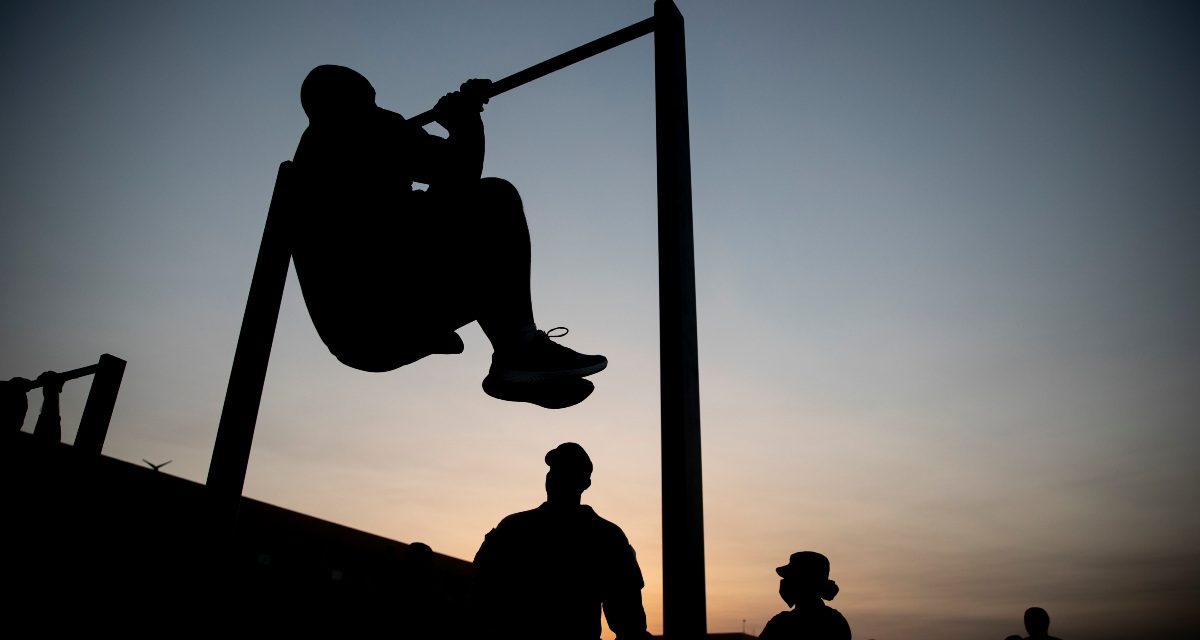 Recent articles—including one by Capt. Kristen Griest published by the Modern War institute and another in the New York Times—have triggered a major conversation about the Army’s continued development and implementation of the Army Combat Fitness Test (ACFT). We commend all soldiers who have participated in this discussion—one that must continue.

The test has evolved since its inception, and it will (and should) continue to do so. Yet, any decision about its future development will only be made based on facts and data. We don’t have all the data yet, and we must gather it. If you are a leader in the Army, at any level, we need your help to get it.

The Army is a learning organization and the ACFT is the biggest Army-wide change to occur in over four decades. It is a far superior assessment of soldier fitness and combat readiness than its predecessor, the Army Physical Fitness Test (APFT). It will improve soldier and unit readiness, transform the army’s fitness culture, reduce preventable injuries and attrition, and enhance soldiers’ mental toughness and stamina.

The Army has been actively developing the ACFT for over ten years. Early in the wars in Iraq and Afghanistan, cases emerged of soldiers not being able to conduct critical basic drills—firing their weapons, moving to cover, providing first aid, and others. As a result, in 2003, the Army unveiled the Warrior Tasks and Battle Drills, a series of several dozen basic soldier tasks that everyone—from infantrymen to surgeons—needs to be able to do. In 2009, the Army took further action aimed at ensuring that its physical training program was sufficient to prepare soldiers for combat when it began developing the Army Physical Readiness Training field manual (now FM 7-22, Holistic Health and Fitness).

It quickly became clear, however, that the new comprehensive fitness manual was not enough to change the Army. It also needed to change the way soldiers’ fitness was assessed. Without changing the fitness test, there was no accountability to train according to the manual. As long as you could do the requisite number of push-ups and sit-ups and could run two miles in the specified time, you were considered fit.

In 2012, the Army directed a study, which was later peer-reviewed and validated in 2020, that laid out the warrior tasks and assessed how well the APFT could predict a soldier’s ability to conduct those tasks. The study found the APFT was about 40 percent accurate as a predictor. This study was age and gender neutral because the objective was to evaluate the warrior tasks and battle drills as related to the physical fitness assessment. In that same study, researchers used an eight-event test that increased the figure to 83 percent. From those eight events, the Army designed the six-event ACFT, which yielded about 70 percent accuracy as a predictor of a soldier’s ability to conduct the warrior tasks and battle drills. That is a significant increase over the APFT.

A new fitness culture that builds around the new test will also significantly decrease the musculoskeletal injuries that impact unit readiness. Since April 2017, the Army has seen 10 percent and 6 percent decreases in injuries in basic training among women and men, respectively. This is due in part to how physical fitness training has evolved to better prepare soldiers to conduct warrior tasks and battle drills.

The Army has been learning and adapting the fitness test throughout the entire process. There have been multiple modifications made based on data collected in research and testing. Most recently, the plank was added as an alternative to the leg tuck. Both exercises measure core strength, but the plank isolates that measurement to a greater degree from things like upper body strength—which is assessed by other ACFT events—than the leg tuck does. Soldiers will choose which core exercise they want to do. There will be a scoring scale for the plank. One institutional Army unit saw its female soldiers improve from a 14 percent to a 96 percent pass rate in that event after implementation of the plank. As a measure of core strength, there are no concerns with using this event.

The Army is preparing the way ahead for the ACFT, but at the end of the day any discussion or policy relating to the test needs to be data driven. So far, only 25 percent of the total Army has uploaded scores into Digital Training Management System (DTMS), and only 7 percent of soldiers have taken it more than once. Currently, women account for less than 8 percent of all testing data and a majority of that is from operational units. The Army cannot (and should not) make decisions based on such limited information.

Units must continue to administer and upload test results. There should be no limitations on soldiers taking the test. A range of training resources exist that can assist units in training for and administering the test properly—from the ACFT Training Guide (published in 2018), to the Training and Doctrine Command YouTube page. The equipment is 100 percent fielded. Over thirty-six thousand sets of equipment have been issued across all Army components.

There is no excuse for leaders not training for and administering the ACFT, or for not uploading the test results into DTMS. The Army needs that data. The data will baseline the scoring minimums during the next year before final implementation, which is still on track for March 2022.

The ACFT will remain gender neutral to pass. Every soldier must do the same amount of each exercise to be a soldier. The intent is to have only one scoring table. But that data is crucial to helping us inform policy moving forward.

The Army is also moving forward with independent reviews directed by Congress in the National Defense Authorization Act. Those are due to the secretary of the Army in December. There are still a lot of policy questions on how different military occupational specialties will be assessed, how scores will be used for promotion and selections, and how fitness will be weighed against other indicators of performance and potential. The key, however, is that the answers to these questions must be based on the testing data.

The ACFT is vital to changing the culture of how our Army trains. It will ensure our soldiers are fit and ready to fight, win, and return home. We should continue to discuss the test and our fitness culture change, but more importantly we need leaders at all levels of the Army to train for and administer the test, and to enter the data. The American people depend on the Army to provide a force that is physically fit and ready. With the necessary data, we will be able to further refine the ACFT so that it enables the Army to do just that.

Sgt. Maj. of the Army Michael Grinston is the 16th Sergeant Major of the Army. He has held every enlisted leadership position in artillery, ranging from cannon crewmember to command sergeant major. He devotes the majority of his time advocating for initiatives designed to develop engaged leaders who build cohesive teams that are highly trained, disciplined, and mentally and physically fit. Follow him on Twitter: @16thSMA.

John Spencer is the chair of urban warfare studies with the Modern War Institute at West Point. A former Ranger instructor, he held the ranks of private to sergeant first class and lieutenant to major while serving in Ranger, airborne, light, and mechanized infantry units during his twenty-five years as an infantryman. Follow him on Twitter: @SpencerGuard.