Learning the Wrong Lessons: The Blind Spots in the US Approach to Foreign Military Training 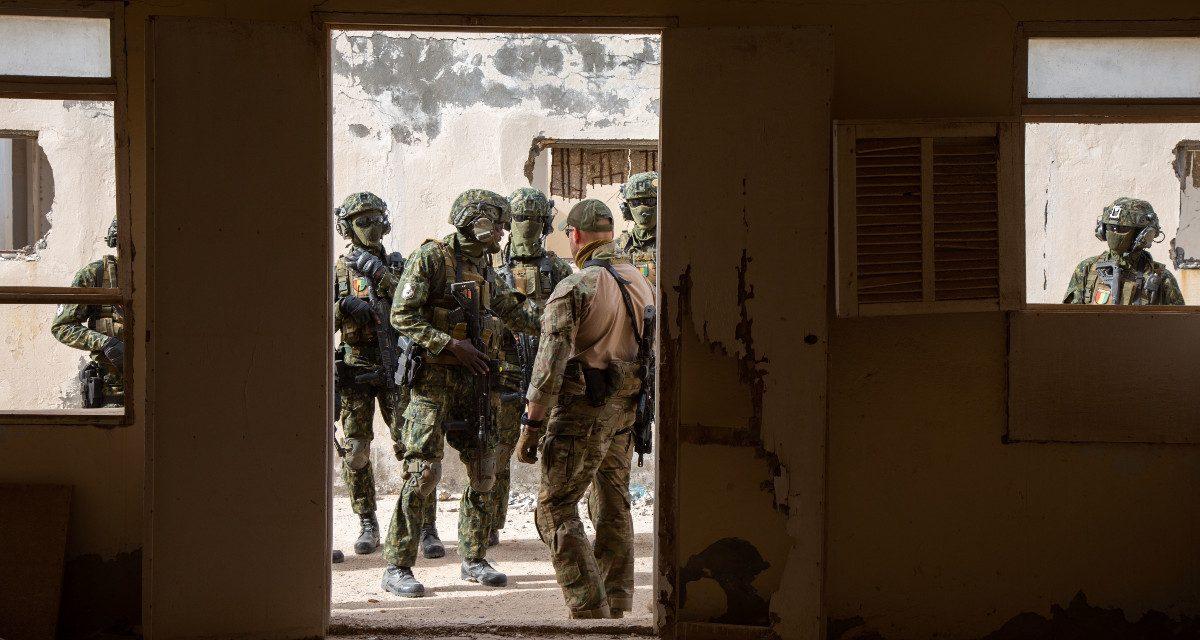 Foreign military training has become one of the most popular tools in the US foreign policy tool kit. Between 1999 and 2016, the United States spent almost $15 billion to train over 2.3 million military students around the world. In 2019 alone, the United States trained over 71,000 students from 157 countries.

This training ranges from tactical and operational instruction to regional seminars and courses in US professional military education institutions. It is designed to build partner militaries’ capacity by imparting technical skills and expertise to increase their ability to fight independently. It’s also supposed to transmit professional norms, or ideas about appropriate behavior, that shape when and how these militaries fight—norms that include respect for human rights and civilian control of the military.

At least, that’s the theory. But in the last decade, US-trained soldiers have launched coups in Mali, Egypt, and Guinea (while in the middle of training with US Army Special Forces); raped children in the Congo; and otherwise abused human rights or defied civilian control. In response, observers have questioned whether US efforts to impart norms work. Others have pointed to cases where the United States encouraged militaries to violate norms, for example, by teaching Latin American militaries how to torture during the Cold War. Most scholars accept that the United States, all else being equal, would prefer to promote liberal norms, but suggest that for one reason or another, trainees fail to adopt these norms, which is why norm-abiding behavior fails to materialize. Instead, divergent interests lead the United States’ partners to defy its wishes.

My research suggests that the answer is more complicated. The United States, for the most part, is trying to impart liberal norms through military training—an expectation that is codified in US law. In many countries, including almost every country in Africa, respect for human rights and civilian control of the military are primary foreign policy objectives for US training (according to the Foreign Military Training Reports produced jointly by the Department of Defense and Department of State). And some of those norms are in fact transmitted to partner militaries. But there are three key blind spots in the US approach that can lead to the very outcomes that training was supposed to prevent—even when soldiers buy into liberal views of human rights and civilian control of the military.

Blind Spots in the US Approach

The first blind spot is failure to recognize that training imparts more than just technical skills and liberal norms. Training also cultivates the norm of cohesion, or the bonds that help militaries to operate in a unified, mission-oriented way. The fact that training enhances cohesion is, in many ways, a desirable feature. The United States wants its partner militaries to be cohesive, because this contributes to combat effectiveness. The problem is that US policymakers fail to consider how this otherwise beneficial byproduct of training might affect adherence to liberal norms. In particular, policymakers assume that cohesion will make militaries more unified in doing the right thing. But this is not necessarily the case: cohesive militaries may simply commit human rights abuses or launch coups more effectively.

The second blind spot is that US foreign military training overlooks the potential for conflict between liberal norms. The US approach teaches partner militaries both to obey political leaders and to protect populations. When political leaders order the military to repress human rights, it creates a conflict between the two liberal norms of respect for human rights and civilian control of the military. US policymakers largely ignore this dilemma. When they do consider it, they expect—mistakenly, I argue—that militaries will prioritize human rights.

My research, recently published in International Security, uses experimental evidence from a survey of the Liberian military to explore how militaries actually respond to liberal norm conflict. Counter to US policy expectations, I find that when soldiers hear a scenario in which the political leader orders the military to repress a protest, they are less willing to prioritize human rights. Instead, they become more concerned with maintaining cohesion in their units. Caring more about cohesion than liberal norms does not automatically lead to norm violations, but it creates the conditions under which norm violations can occur. Under pressure, soldiers care about doing what is best for the military, which may involve violating human rights, civilian control, or both.

The third blind spot is the tendency to privilege individual training over institution building, even though my research shows that individual attitudes are swayed under pressure. When individual support for liberal norms falters, norm violations are more likely to occur unless there are institutional guardrails in place to regulate behavior. In established democracies, defense institutions include things like military justice systems and bodies of doctrine that help to evaluate the legality of orders and regulate the military’s behavior. Strong institutions can constrain behavior when norm conflicts create incentives to violate norms. The United States has recently invested in defense institution building (also called “institutional capacity building”) but these efforts are often divorced from the machinery of foreign military training.

When US-trained militaries abuse human rights or interfere in politics, the US solution is often to double down on training as a tool of reform. As General Carter Ham said after the 2012 coup in Mali, “We didn’t spend, probably, the requisite time focusing on values, ethics, and military ethos.” But more training might just make the problem worse by increasing soldiers’ prioritization of cohesion under pressure. Instead of throwing more training at the problem, US policymakers should focus on addressing the blind spots in the US approach.

These blind spots do not have easy fixes, but there are some steps policymakers can take to improve outcomes. First, although the United States cannot design training to avoid imparting cohesion (nor should it seek to do so), policymakers should recognize that training does more than just impart technical skills and liberal norms. Policymakers should consider how these additional factors, particularly cohesion, might affect the military’s decision-making calculus. Taking account of other interests or norms, such as cohesion, that can militate against liberal values will help to create more realistic expectations about what norms training can accomplish.

Second, policymakers should acknowledge that the potential exists for conflict between liberal norms. Expressing a clear preference-ordering for norms (e.g., “people first, governments second”) might help to minimize the risk that militaries will avoid making hard choices between liberal norms and default to prioritizing cohesion. This blueprint for behavior could be conveyed through training curricula and candid conversations between US trainers, advisers, and their foreign counterparts.

Finally, while my research shows that training can impart liberal norms, it also shows that training is not a sufficient solution. US policymakers should prioritize building strong, transparent, and accountable defense institutions that can regulate behavior and lock in protections for human rights as well as legitimate civilian control. Institutional change is challenging because it takes time and resources, can’t be measured in widgets delivered or people trained, and requires partners that are motivated to change. But without institutional change, norm violations are likely to persist.

Renanah Miles Joyce is an assistant professor of politics at Brandeis University and a 2022 nonresident fellow at the Irregular Warfare Initiative.