On Resistance: A Primer for Further Research 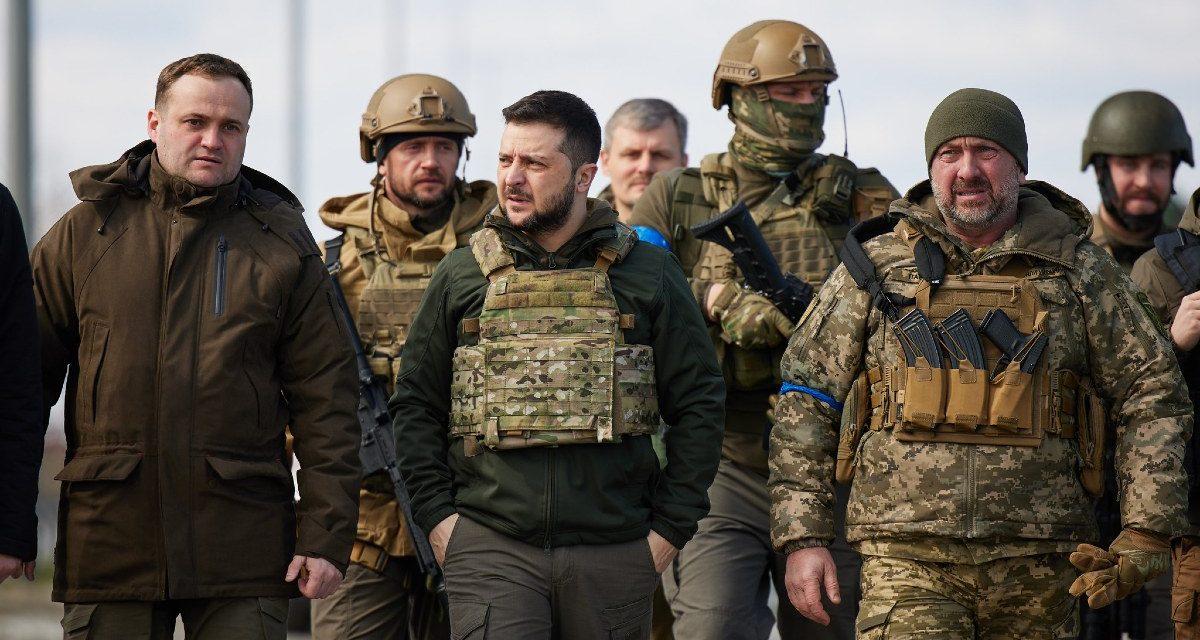 The war in Ukraine has produced many acts of notable resistance. Ukrainian civilians have defied Russian occupation forces and, through thousands of seemingly minor actions, sabotaged Russia’s efforts from behind enemy lines. Simply spray-painting traffic signs in the early days of the war, for example, denied easy navigation to Russian soldiers and introduced a source of friction. More recently, Ukrainians collaborating with Russia have been violently targeted. The war has sparked renewed interest in concepts and activities related to resistance, but what exactly is resistance and what can we learn from Ukraine?

Dr. Pettersson introduced the concept of resistance, which the Resistance Operating Concept as

a nation’s organized, whole-of-society effort, encompassing the full range of activities from nonviolent to violent, led by a legally established government (potentially exiled/displaced or shadow) to reestablish independence and autonomy within its sovereign territory that has been wholly or partially occupied by a foreign power.

Key within this definition is the idea of a “whole-of-society” effort. Some nations have used the term “total defense” to describe their resistance strategy, as it draws attention to a comprehensive military and societal resilience effort led by a whole-of-government approach. Dr. Harper noted that a mere 2 percent of society is part of the government, with an inherent obligation to participate in defense. The remaining 98 percent could be an ambivalent majority, as David Galula might say, and the rebel’s dilemma is how to mobilize collective action in the face of potentially high costs. What defines resistance, then, is understanding how the 2 percent might motivate, support, and mobilize segments of the 98 percent to engage in nonviolent and violent actions in defense of the nation.

Resistance also includes a broad range of methods. In fact, nonviolent approaches are often more effective, particularly against authoritarian regimes. As a result, resistance—whether in Paris in 1944 or Kyiv in 2022—is not just a military task, but a societal task that requires organization and leadership. Resistance is most effective when prepared in peacetime and underpinned by operations that emphasize resilience, so that society can cope with foreign-imposed crises.

Throughout the panel discussion, participants highlighted examples of resistance in World War II, the Cold War, and beyond. The World War II cases focused primarily on the European front, including the Baltic region’s “Forest Brothers,” the French Resistance, Norway, Denmark, and elsewhere. These cases were presented with the context of supporting efforts from the British Special Operations Executive. In the Cold War era, Sweden and Switzerland were key examples of nations that adopted a resistance strategy, yet these remained planned and hypothetical efforts that were never tested against an invader, so analysts cannot be confident in their assessments of how effective they might have been. In the modern era, the panel noted that the Russian invasion of Crimea in 2014 sparked a renaissance of interest in resistance, building upon the lessons of earlier eras. Major General Roberson offered lessons from both the Kurdish resistance to Saddam Hussein and efforts to foment resistance to the Islamic State in Iraq and Syria.

Participants also discussed the unique moral and ethical questions associated with resistance operations, citing a number of case studies including the Dutch Resistance, the heroic efforts of the Polish Home Army, and Operation Anthropoid in Czechoslovakia. These cases all highlight the ethical concerns inherent in supporting resistance movements against regimes that might conduct reprisals against local populations and violate the laws of armed conflict.

Analyzing case studies from these historical eras demonstrates the importance of understanding the nature of the occupying regime, its capacity to operate as a police state, and the capacity for local resistance. These lessons, alongside other vignettes, were noted in the scholarly efforts of Will Irwin, including Support to Resistance, Decision-Making Considerations in Support to Resistance, and How Civil Resistance Works. The panelists also noted the efforts of Otto Heilbrunn, Gene Sharp, Erica Chenoweth, and Richard Shultz.

What is Today’s Model of Resistance?

Estonia, Sweden, Finland, and other states have made resistance preparations based on the model of the “indigestible hedgehog”: the hedgehog that displays its defenses to both deter attacks from predators and demonstrate the difficulty of digesting it. Likewise, Resistance strategies aim to deter through denial and then impose costs—both moral and material—if deterrence fails. Moreover, successful resistance relies on a preplanned strategy, rather than an emergent response to a foreign invasion. This is because grassroots movements do not have comparable levels of organization, legitimacy, and resilience in the face of repression.

In addition, resistance movements often benefit from external state support, but foreign powers typically have less skin in the game, leading to lower levels of commitment. This problem holds especially true when resistance movements face an authoritarian opponent willing to employ indiscriminate violence. For example, Russian tactics of terrorism and long-term attrition may weaken Ukrainian resistance and diminish NATO’s support. Maintaining internal and external resolve is therefore critical, and it requires a shared understanding among Ukraine’s supporters. The panel noted that a community of interest has formed in response to Russia, which integrates lessons from today’s conflicts. This “intellectual interoperability” strengthens resistance concepts and practice.

Resistance in Ukraine and Future Research

Much of Ukraine’s unlikely success against a much larger and stronger invader flows from its diligent preparations starting in 2014, following the Russian annexation of Crimea. The panel cited three factors that have led to the successful use of resistance. First, Ukraine leveraged wide-scale participation in national defense through legislation passed in July 2021. Second, external allies exhibited impressive unity of effort in coordinating support to Ukraine. Third, foreign special operations forces advising Ukrainian counterparts were invested in understanding the Ukrainian perspective; as Dr. Harper noted, they had gone “49 percent native” which allowed them to masterfully understand how to support Ukraine.

Despite the success of resistance in Ukraine, many questions remain unanswered and provide avenues for future research. First, why was the Ukrainian resistance strategy unable to deter a Russian invasion? Moreover, how can a state know if it is deterring a threat? Resolving these questions may help analysts and policymakers measure and define success in peacetime.

Finally, analysts do not fully understand the impacts of modern technology on resistance. Everyone with a smartphone is a potential resistance fighter. This lowers the barrier to entry for participation in armed conflict and enables a host of functions like intelligence reporting, fire coordination, and rapid information sharing.

The topics covered in this discussion and outlined above offer an avenue for research to expand the existing body of knowledge on resistance—a topic that, given the contemporary security environment, demands further investigation by practitioners and scholars alike.

Dr. Martijn Kitzen is a senior nonresident fellow with the Irregular Warfare Initiative and a professor at the Netherlands Defence Academy where he holds the chair of irregular warfare and special operations.

Andrew Maher is the engagements director for the Irregular Warfare Initiative, an Australian Army officer, and a lecturer with the University of New South Wales Canberra on irregular warfare.