Podcast: The Spear – Fighting With a Broken Gun 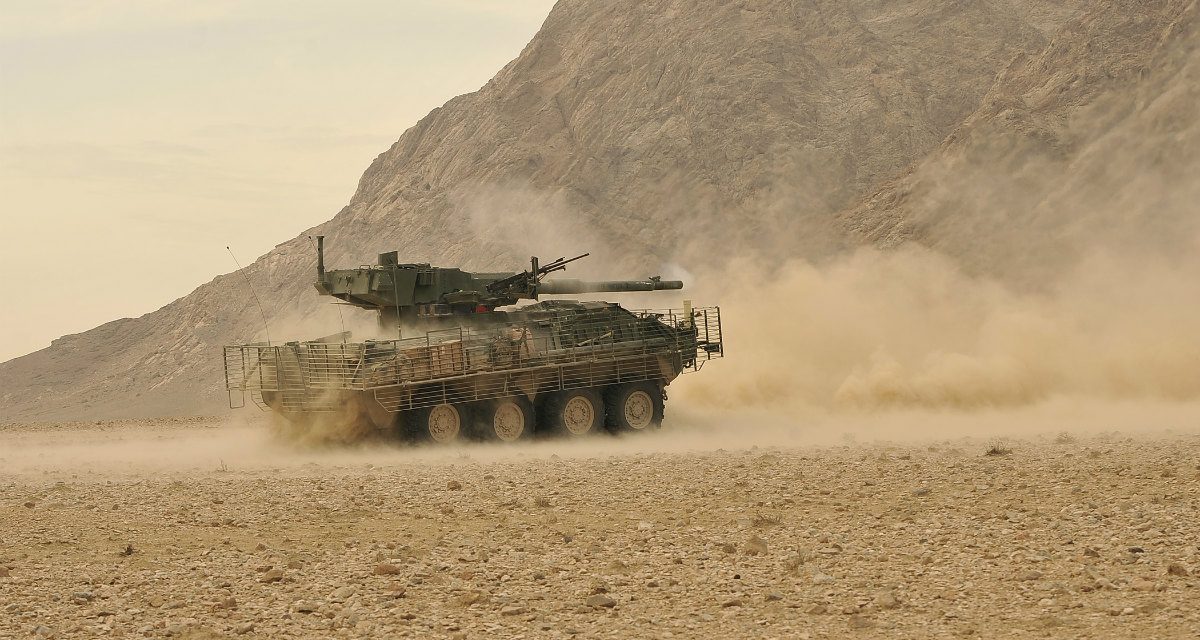 This episode of The Spear features a story from Capt. Steve Beckman. He was commissioned as an armor officer, but was assigned to lead a platoon in an infantry unit equipped with a Stryker variant called the M1128 Mobile Gun System. On top of that, he was sent to take over the platoon in the middle of a deployment in Afghanistan’s Kandahar province.

Just before his unit was set to redeploy to Fort Lewis, Washington, it took part in a large operation—Operation Blowfish—against Taliban fighters in the province’s north. Regular listeners will remember a 2017 episode that featured Col. Jonathan Neumann, who told the story of that operation from his perspective as the battalion commander. Beckman tells the story of his platoon’s role in the fighting.

The Mobile Gun System is a unique vehicle that fires a 105-millimeter tank gun, a level of firepower that can be valuable in the situation Beckman found himself in, asked to provide fire support to a group of US soldiers who were taking RPG fire from Taliban fighting positions. But when his vehicle fired its first round, the auto-loader—a key component of the weapon system—stopped functioning, and he was forced to come up with a different way to bring the vehicle’s firepower to bear.