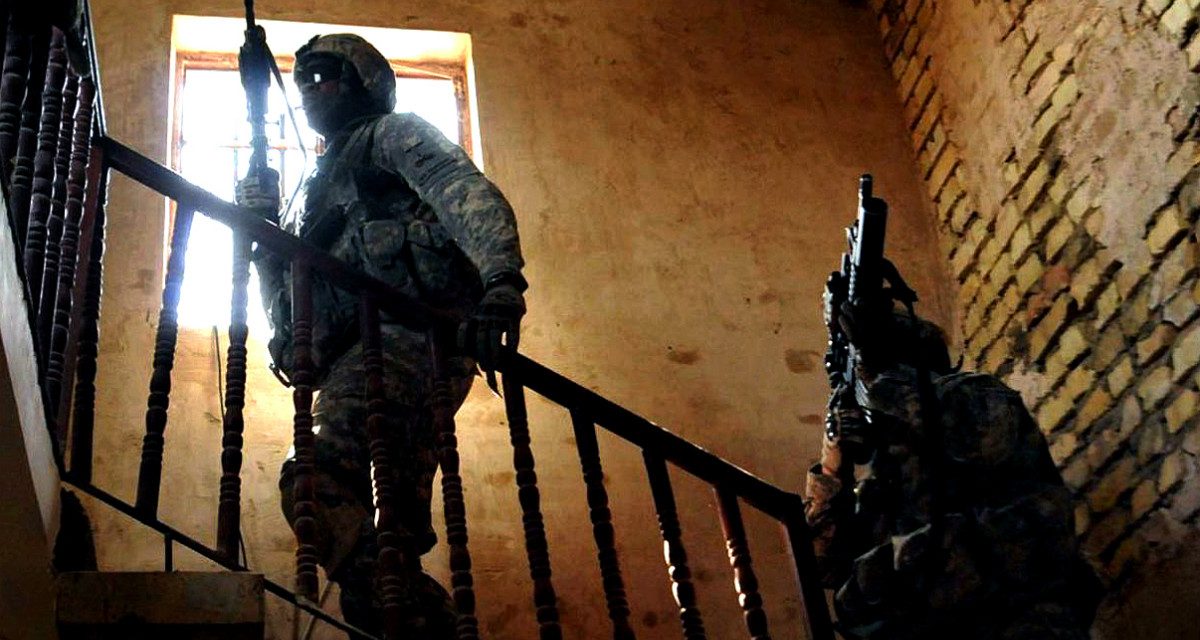 The Army does not have a school for learning how to operate in dense urban terrain. Beyond simply training soldiers for such a complex setting, one of the reasons the Army should establish such a school is to create a laboratory for innovation. Units in an urban warfare school, trying to solve this challenging environment’s unique tactical and operational problems, could spawn a wide range of new solutions across the DOTMILPF-P spectrum (Doctrine, Organization, Training, Materiel, Leadership and Education, Personnel, Facilities, and Policy).

Solutions can come in the form of integrating new technologies, developed in the Defense Department’s various research and development agencies, or they may come from combining old things in new ways or employing them in ways never imagined before. Lifehack is a term coined to define a tool or technique that makes some aspect of one’s life easier or more efficient, thus saving time, minimizing chaos, and avoiding stress. Warhacks could be the lifehacks for combat. And warhacks for urban operations would emerge from learning and experimentation at an Army urban operations school.

I wrote about one urban operations warhack in a recent article explaining how large, cloth sheets and climbing anchors fired from a grenade launcher can be used to provide emergency concealment for soldiers in urban environments. Here are three more:

The clutter and complexity of combat operations in the urban environment creates a sort of layered battlespace from a small unit’s perspective. Alongside the tight quarters and short distances inside and between buildings there are long distances (e.g., down roadways) requiring soldiers to magnify objects frequently. Is there something in that window? Is that person carrying a weapon? Is that object on the side of the road a bomb?

Most infantry soldiers don’t carry Army-issued binoculars, for a range of reasons—they are too big or too heavy, they’re just another item to worry about losing, they awkwardly dangle around your neck when you’re dismounted, or they take up too much space when mounted. The standard M22 binoculars weigh 2.7 pounds, have seven power magnifications, and are bulky and cumbersome. They are not ergonomically suited to operating in urban combat. Furthermore, a light infantry platoon of forty soldiers only has a few binoculars to share.

Instead of binoculars, infantry soldiers routinely use their rifle scopes to magnify distant objects.  The scopes are mostly the Advanced Combat Optical Gun (ACOG) sight or its replacement. the M150 Rifle Combat Optic (RCO), which weighs 16.2 ounces and provides 4x magnification. They’re light, but more importantly, the scopes are readily available; an infantry platoon has multiple ACOGs/RCOs in each squad.  To get a magnified view of their surroundings soldiers point their weapon at what they want to see, including civilians and in some cases, other soldiers. 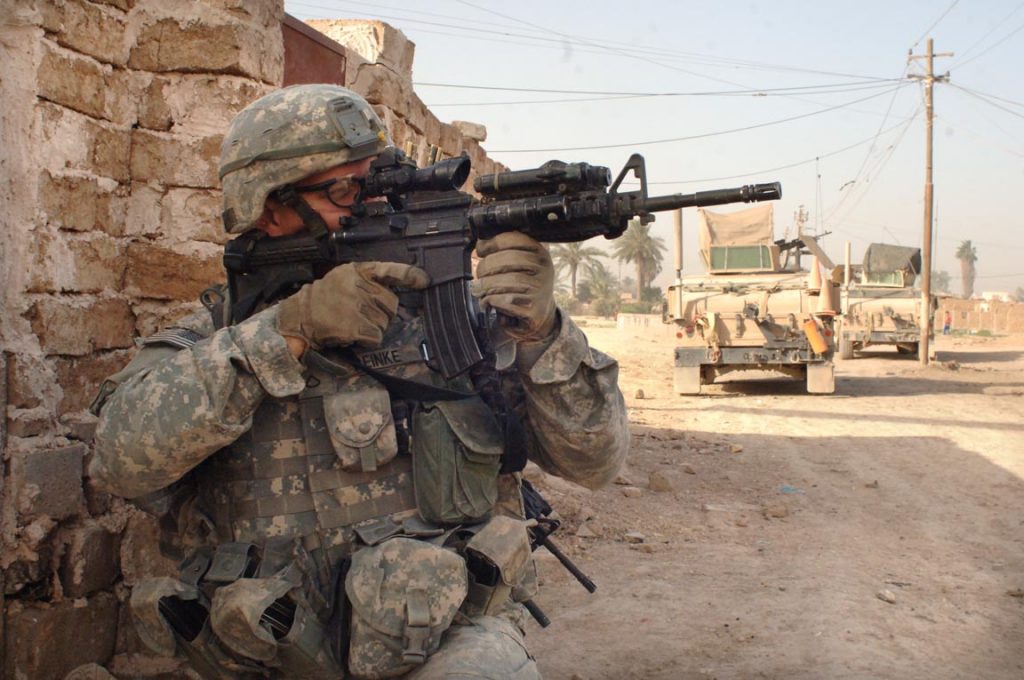 This clearly presents a tactical problem, though, potentially instigating civilians on the battlefield, possibly violating rules of engagement, and creating an unsafe degree of weapon control. 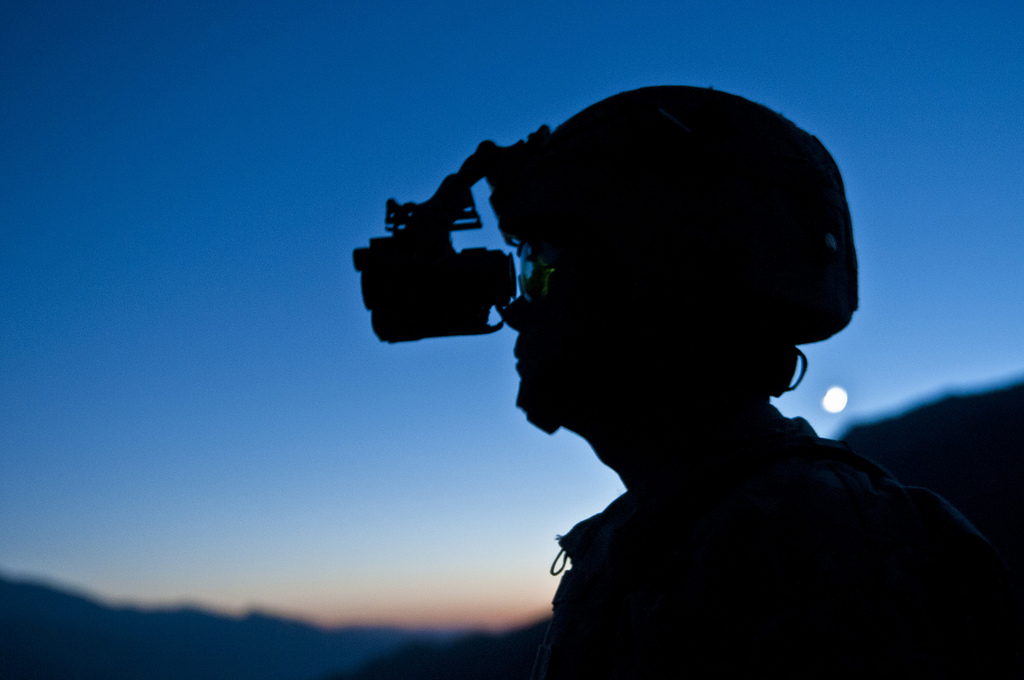 Soldiers are used to mounting their night vision devices (the PVS14 weighs 1.2 pounds) on their helmets for night missions. Mounting a day sight won’t be unnecessarily cumbersome, then, and with about the same weight, each soldier can have 4x magnification—and more importantly, a tactically sound tool—available.

In an urban environment, the advantage is with the defender. The terrain allows a defender to easily integrate hasty obstacles with the physical terrain and manmade structures.  Obstacles can include almost anything—tires, concrete barriers, vehicles, and rubble from destroyed buildings. And they can be rapidly emplaced to block the movement of US tactical vehicles.

Barricades on Paris street during 1848 Revolution.

The Army does have both doctrine and equipment for removing large obstacles, but many common practices are not useful in dense urban terrain. Clearing obstacles often makes soldiers and vehicles vulnerable to fire from enemy overwatch positions. Many of the obstacle-clearing techniques (such as large explosives) also create more obstacles by destroying nearby buildings or risk harming civilians. Soldiers also have limited concealment assets to aid their clearing of obstacles. 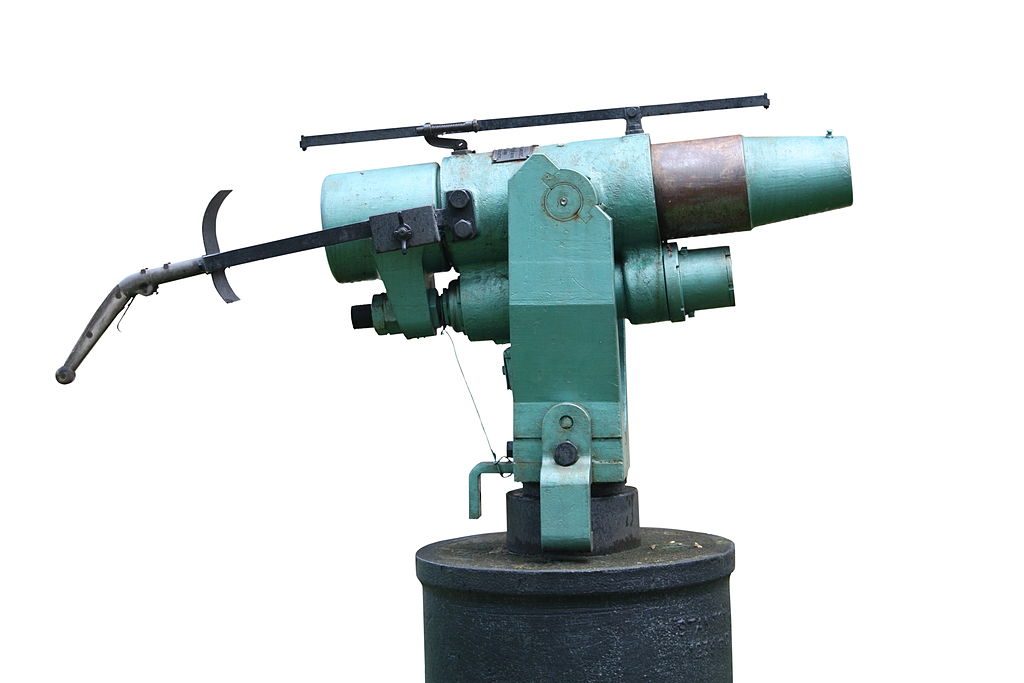 With the grappling hook at the end of a cable, the harpoon gun could launch it over the obstacle, and then, using the power of the vehicle, could pull the obstacle out of the way without exposing the vehicle or soldiers to close fire. This would also prevent or reduce the number of single-purpose vehicles like the D9 dozers that are often used in urban combat today—and the risk to them. 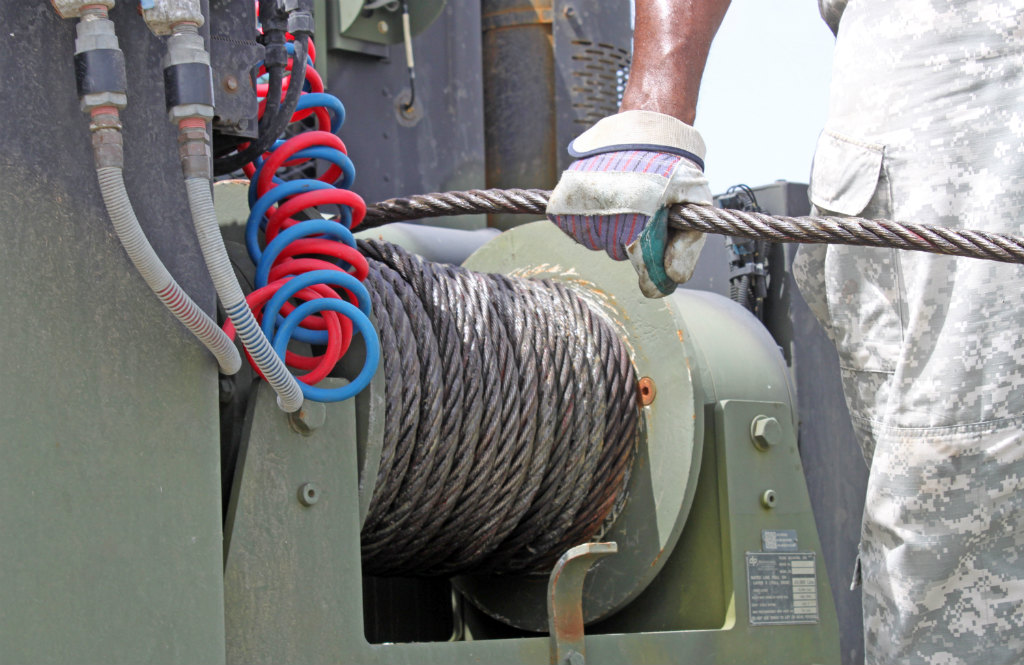 Buildings have a lot of dead space—areas where soldiers can’t see or can’t cover with direct fire weapons.  This challenge is magnified by tall buildings often present in dense urban terrain. When infantry soldiers dismount their M2 Bradley Infantry Fighting Vehicle (IFV), they often lose the support of their vehicle’s weapons systems, because the gunners on those vehicles cannot see the dismounted soldiers or the enemy.

A warhack solution? Use the computer-integrated weapons systems on the Bradley with an AH-64 Apache Aviator Integrated Helmet.

The M2 Bradley Infantry Fighting vehicle is armed with a 25-millimeter M242 Bushmaster chain gun and an M240C 7.62-millimeter machine gun. Both of the Bradley’s gun systems are computer-linked to its integrated sight system. 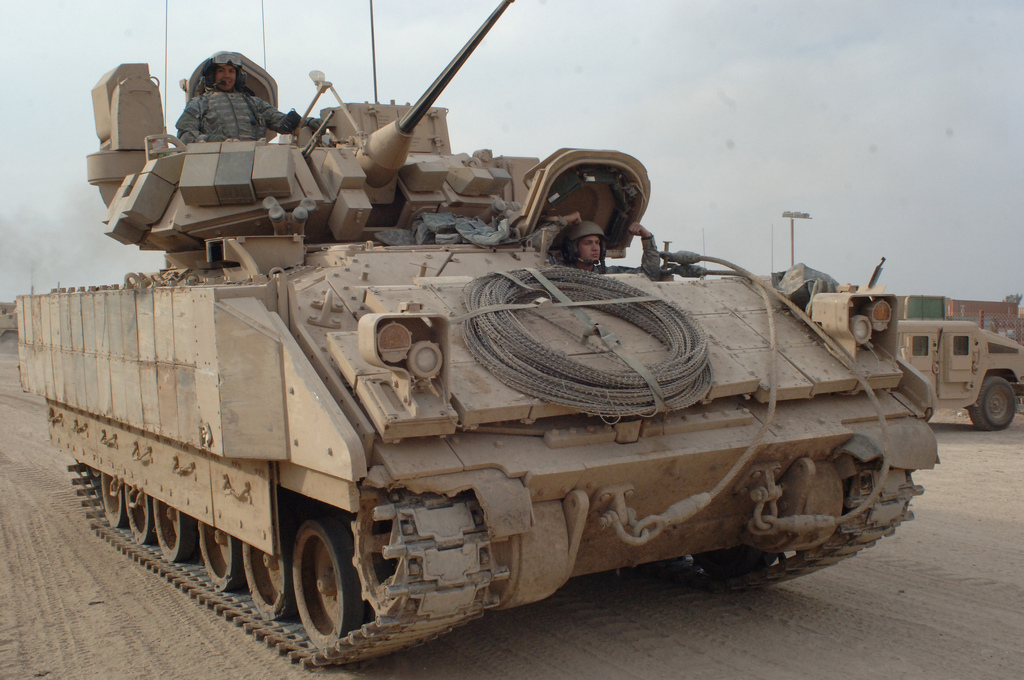 The AH-64E Apache Aviator Integrated Helmet is a part of the Apache Integrated Helmet and Display Sight System (IHADSS) that enables Apache crews to “slave” on-board weapons to the helmet. With the helmet, the pilot can aim the helicopter’s weapons simply by looking at targets. 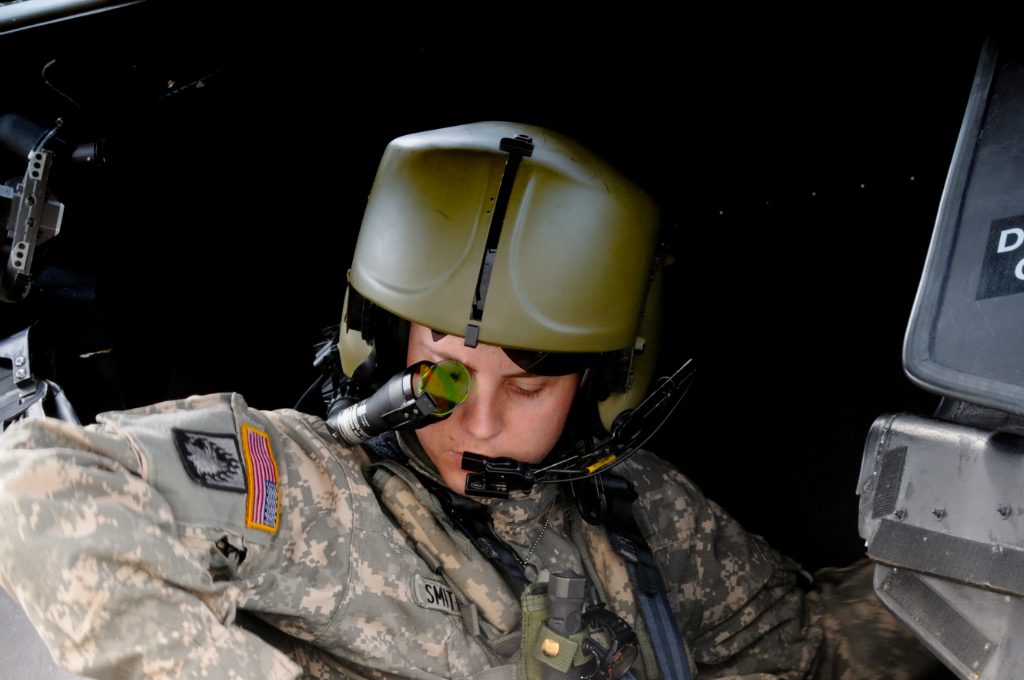 Operating in urban environments is full of uncertainty. One thing we do know, though, is that urban terrain will bring with it a number of unique challenges for forces conducting the full range of military operations. These warhacks are tactical innovations aimed specifically at addressing problems experienced by soldiers who are deployed today.  An Army urban warfare school could be the laboratory where experimentation and innovation ensure our soldiers are prepared for the future.