Once More, Unto The Breach: What Makes Supreme Commanders Successful 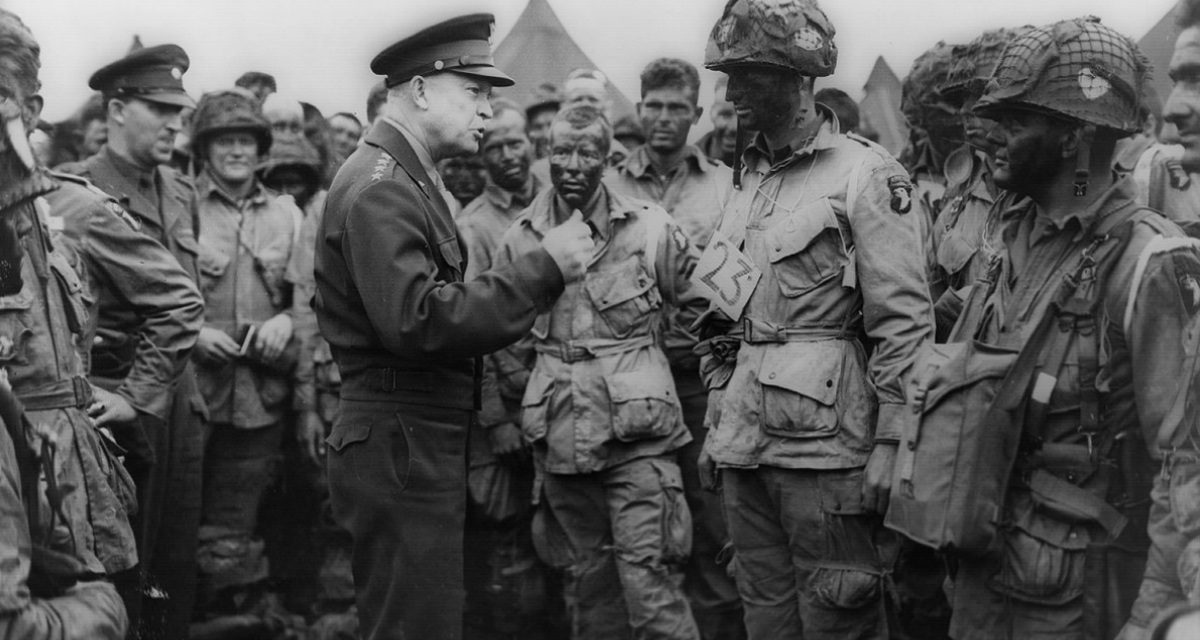 “Once more, unto the breach,” wrote Shakespeare, a fitting sentiment for an essay aimed at continuing a conversation that has unfolded over several articles, one of which has already alluded to Henry V.

A few weeks ago, I wrote an article describing the merits of optimism as a character trait of supreme commanders. In response, Ryan Leach and David Danford co-wrote an essay that disagreed, arguing that, instead, America should seek out cynical generals, or, “leaders who will paint the situation in the worst possible light.”

Leach and Danford should be applauded—whereas too many others are content to lazily launch one-liners from the sidelines or ad hominem remarks on social media, they’ve taken the time and effort to mount a thought-filled response. I appreciate their effort and find that they’ve raised some important points, questions, and anecdotes. But as I read their piece and reflected on my own, I realized that the response suggested the presence of a disagreement where there really isn’t (or shouldn’t be)—and in so doing this might just warp understanding of what successful supreme commanders need to be and do.

Perhaps the biggest reason Danford and Leach’s response suggests a disagreement that may not actually be there is because the terms of my argument and theirs differ. My original argument was (and still is) bounded to supreme commanders at war—a very different matter than the scenarios they raised, including, say, Gen. Eric Shinseki’s role as the Army Chief of Staff in the “runup to the Iraq War.” Supreme commanders at war are a particularly unique and small subset of the broader category of senior military leaders that their argument includes.

Let’s start with a simple premise. Indeed, the simplest. MWI readers will be familiar with Clausewitz’s duel. War is a duel, or more precisely, like a much larger version of two wrestlers in the grasp. Now, in a war-duel, I’ve discovered in the course of my PhD research on supreme command, it is all but impossible for a war to be won without a supreme commander who was optimistic, or, in possession of faith in a favorable outcome (even if difficult or distant). It is thus a reasonable assertion that supreme commanders who lose such a sense of optimism become dangerous and even poisonous to their own side. (Again, these arguments refer specifically to supreme commanders.)

This shouldn’t be contentious. Basil H. Liddell Hart has pointed out that “soldiers universally concede the general truth of Napoleon’s much quoted dictum that in war ‘the moral is to the physical as three to one.’” The saying, he explains, “gains its immortal value because it expresses the idea of the predominance of moral factors in all military decisions.” Even Leach and Danford would likely affirm this, as they pointed out that “war is a contest of wills” and that generals must “hope for the best” if they’re to hold on in such a contest. (One notes Microsoft Word records one of the top synonyms for “hope” is “optimism.”)

So it appears we’re in general agreement on the substance of the matter. Our disagreement, it seems, largely comes down to style—in the choice of the word “optimistic.” They write that it “seems like the wrong word” and admit to some confusion, stating, “why Cavanaugh settles on the word ‘optimistic’ isn’t clear.” For the sake of clarity, the word “optimism” came from a specific comment my original piece intended to respond to.

And, as with war, words are all about context. In this case, the subject is a supreme commander engaged in an ongoing war (in Afghanistan)—and so “optimism” refers to a belief in a pathway to strategic victory, or, a faith in a final result.

On the subject of word choice, one subtle, but unmistakable aspect of Leach and Danford’s essay is their frequent use of the words “grim” and “cost” (four and nine instances, respectively). This tone is striking when paired with their characterization of the optimal supreme commander (a cynic), who they describe as never failing to point out how terrible and tragic war is, especially to civilians: “Civilian leaders are always prone to pursuing wars for high-minded causes, so it will always fall to the military professional to remind them of the true cost of war.”

There’s a readily available example of the type of supreme commander Leach and Danford describe—Civil War Gen. George B. McClellan, who famously engaged in “overestimation” of the enemy forces he faced. The supreme commander who never has enough troops, whose enemies are always too numerous, who dithers instead of taking the initiative, and who defeats himself before the enemy ever gets the chance to pull a trigger. And, in McClellan’s case, who went so far as to disparage his political leadership while at war (and run for political office against his own commander-in-chief!). Pessimism and cynicism—of the type exemplified by McClellan—are self-inflicted wounds at best, organized national suicide at worst, and, after the decision to fight has been made, can even play at the edge of military mutiny.

Their essay did raise an important question: “How does one tell the difference between optimism and naivete”?

This is an issue that I’ve spent several years studying as part of my recently completed dissertation on the characteristics of successful supreme commanders. As stated above, and as my research concludes, it is necessary for supreme commanders to hold an optimistic faith in the ultimate success of the endeavor.

However, their question is actually a separate one—on a related matter—pertaining to judgment. The word “naïve” means to show a “lack of experience, wisdom, or judgment,” which puts us now firmly into questions of judgment and decision—the very thing that I’ve found really differentiates success from failure in supreme command. (Of course, setting aside extremely lopsided cases, as with the US invasion of Grenada, where there’s no real need for inspired supreme command.)

My dissertation dissected the major decisions of supreme commanders engaged in the “duel” over fairly lengthy periods of time (critical campaigns spanning about eight months or more). Perhaps most importantly, these judgment assessments were made in comparison with assessments of their enemy’s judgment (as the most appropriate relative comparison—and mitigating case selection bias—because we can see successful supreme commanders alongside their less successful opposites). What emerged was that—across different wars, eras, material balances, military strategies and objectives—each war’s successful supreme commander could objectively be said to have shown better judgment and made better decisions. (I’ve spoken on this subject at the US Army War College, and written about these findings elsewhere, for interested viewers and readers.)

Which all goes to say that, to the extent the original prompt (“indefatigable optimism in [America’s] generals is a national liability”) was meant to express dissatisfaction with the war effort in Afghanistan, the critic’s ire was misplaced. His quarrel is really with specific judgments and decisions, balanced against the enemy’s choices, in the context of the war at the time. To dislike the way such a long war is going is to be expected, but it’s entirely misdirected to aim that anger at a supreme commander’s sense of optimism while the bullets are still in flight.

On reflection, it seems likely Leach, Danford, and I agree much more than a quick read of both essays would suggest. To buttress their argument, they mentioned a few lines from Shakespeare’s Henry V. But that story’s arc is nearly a perfect fit for my original point that “successful [supreme] commanders must always travel a dark road of despair to get to the dawn that attends strategic gains.” The fictional King Henry V fought through a tough siege at Harfleur and pushed his men on by telling them, in a fit of oratorical genius, “once more, unto the breach, dear friends, once more.” And they won. Then, despite being outnumbered five to one at Agincourt, and harboring momentary, private doubts, Henry held on—once more—and they won again.

To be sure, senior military leaders have a professional obligation to provide expert military advice to political leaders, no matter how tough the truth might be, and especially when that advice acknowledges the high price a war demands. But likewise, history tells us that those leaders—and especially supreme commanders like Washington, Grant, and Eisenhower—who arrive on the battlefield armed with a sense of belief that the mission can be accomplished are best equipped to see that it is.