Game of DIMEs: Power and Strategy in a West Point Classroom 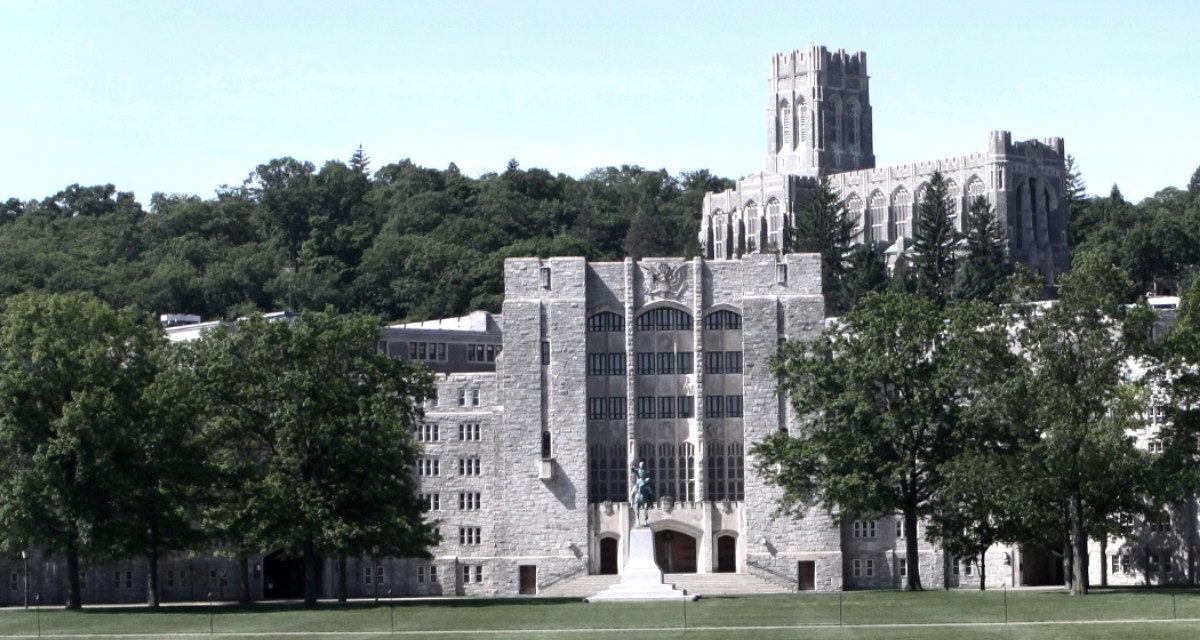 The phrase “grand strategy” is an expression that elicits immediate comparisons to a host of pivotal figures and ideas from history. The term is associated with individuals ranging from Thucydides to Machiavelli to Clausewitz and Bismarck, and concepts such as realpolitik, the Powell Doctrine, DIME, and VUCA. However, trying to fit grand strategy into a tidy definition is more difficult than coiling a frozen garden hose. The preponderance of opinions on the subject are nebulous and generally akin to United States Supreme Court Justice Potter Stewart’s famous threshold test for obscenity: “I know it when I see it.” The scholarly ambiguity, not to mention complexity, of grand strategy necessitates an alternative approach to learning in this field.

Rather than waiting a decade to become field-grade officers before being introduced to grand strategy, United States Military Academy cadets have an opportunity to engage with the fundamentals of strategy and the elements of power while they’re being developed as future Army officers by taking a course called DS320: “Landpower,” offered by the Defense and Strategic Studies program. It serves as an introduction to strategic problem solving while allowing time for students to analyze and propose solutions to contemporary global challenges. As instructors, though, we had to confront the same complexity and definitional haze surrounding the very subject matter we teach. The solution we settled on was game-based learning. In addition to applying course concepts through traditional coursework and participating in a battlefield staff ride, students now also play a game.

The goal of the game—and a key component of the entire course—is for cadets to comprehend that American power has at least four elements: diplomatic, information, military and economic. Stressing the use of the shorthand DIME in class reminds students that senior policymakers contemplate national power unconstrained by a strictly military worldview. The students play the game during class, allowing them to attempt to re-create, at the most basic level, the intellectual and political dynamics at play during times of international conflict.

While critics are less than complimentary about the US Army’s performance in developing strategic thinkers among even its experienced senior officers, DSS is attempting to do so at a near embryonic stage in the careers of cadets. Students are taught that grand strategy is the ability to make power serve beneficial purposes. The DIME game we developed is a simple but effective way of exposing cadets to possible cognitive errors in decision making, some of which may be lessened over time by applying increased pressure in uncertain strategic situations.

Students begin the first two blocks of the course learning about international relations theories, influential strategists, and various definitions of strategy. They also learn how to apply the elements of national power to advance national interests amid the various actors and challenges in the international environment. The goal is not to make students master strategists, but to at least introduce them to critical and strategic thinking earlier in their careers, so they have a foundation to build upon later on. 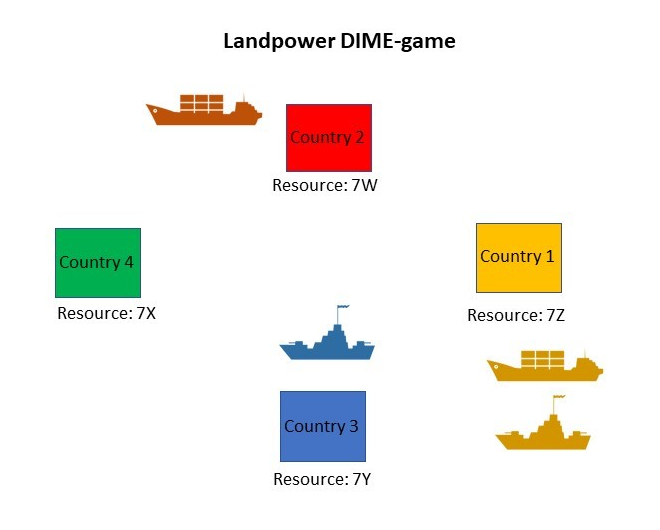 Each team of three to four students ruled one of four countries, having approximately eight minutes to plan, use/trade resources, or conduct diplomacy, followed by two minutes of any applicable combat per full ten-minute “turn” of synchronous play.

What transpired in the classroom showcased the challenges of the international environment. Some students attempted to craft a strategy by privileging political deal-making and economic cooperation—a reflection of the liberalist paradigm of international relations they learned about in class. However, most resorted to strategies aimed at military domination, seemingly reading the game’s international environment through a realist lens. The self-centered, competitive international environment painted by some realists today dominated in our classrooms. The majority of students did not seek an economic or a diplomatic victory, but instead exhibited a shortsighted desire for military victory. Defense spending increased while groups formed alliances that offered their competitors Athenian-esque terms from what Thucydides’ recorded in the Melian Dialogue: “The strong do what they have the power to do and the weak accept what they have to accept.”

To curb the prevailing bloodlust among the students, the game was altered during later iterations to simulate terrain and great distances, increasing the time required to attack neighboring countries. Adding economic infrastructure and trade agreements helped as well, making an economic victory far more lucrative. This dovetailed with the classroom discussions on the economic element of power. The resulting focus allowed the students to put the “E” in DIME and better understand the benefits of a nation which leverage their economy on the international stage.

The final iteration of the DIME game incorporated aspects of maritime power. Previously, the class sections studied Alfred Thayer Mahan’s The Influence of Sea Power upon History and debated its relevance in the twenty-first century. The integration of merchant fleets and warships into the game provided a complex dynamic of economic and military focus, as student teams vied for information via diplomacy or alliances to overpower opponents. Mimicking true international relations, poor relationships between countries from previous conflicts (or iterations of the simulation) affected the psychology and politics of the present. Some teams were unable or unwilling to forget old grievances from previous iterations of the game when deciding how to formulate grand strategy. In the end, the students realized that strategy itself focuses on the difficult problems of national policy, in the areas where economic, political, psychological, and military factors all begin to overlap—just like their textbook says.

These in-class gaming simulations ended with thorough after-action reviews of how course principles applied to the game. Regardless of whether they followed the teachings of Sun Tzu, Clausewitz, or other more modern strategists and their theories, students in every iteration learned that the lack of a declared and well-followed strategy could spell disaster. Once each group agreed upon a strategy, they sought to achieve their “ends” with “ways” forged through the elements of diplomacy, information, military, and economic “means” at their disposal. They also learned perhaps the biggest lesson of all: pursuing a declared and well-followed strategy does not always equate to success. Strategies must be refined, revisited, and sometimes redone completely, and as the saying goes, the enemy always gets a vote.

Matt DiRisio is a US Army logistics officer and instructor in the Defense and Strategic Studies Program at West Point.

Matt Sacra is a US Army armor officer and instructor in the Defense and Strategic Studies Program at West Point.