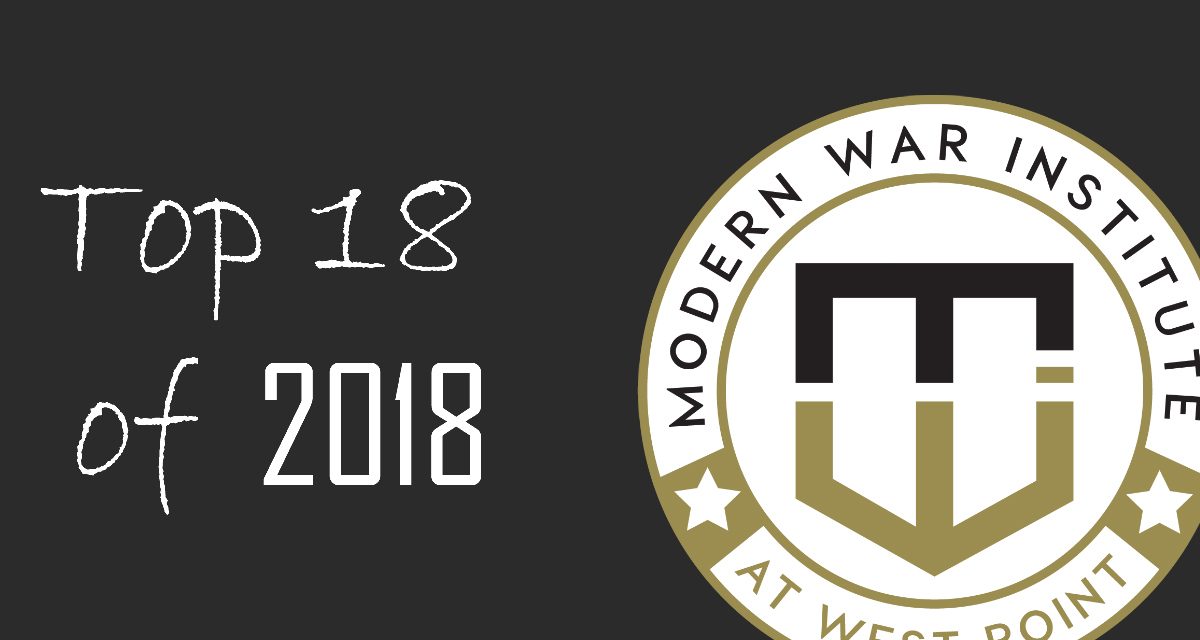 We’ve seen 2018 through to a close and welcomed in 2019, which makes it a great time to look back at the top articles we’ve published at MWI in the past year. It was a great twelve months for us, and we’re deeply appreciative of all of the readers who have read, discussed, and shared the content we work hard to produce. We’re also grateful to all of the authors who have sought out MWI to publish their original, insightful, and thought-provoking work. One of the challenges we have is conceptualizing our area of focus. After all, what, exactly, is modern war? The cross-section of topics that these articles engage with combine to give a sense of how broad, varied, and interdisciplinary modern war is. From preparing for the contemporary battlefield’s unique challenges to the way we integrate new technologies with current platforms to the doctrinal changes needed to succeed in tomorrow’s conflicts, this list of articles reflects MWI’s mission: to generate new knowledge for the profession of arms, enhance the West Point curriculum, and provide the Army and the nation with an intellectual resource for solving military problems.

All of the articles on this list were published on 2018. But we also had a few earlier pieces that have also done well and been read widely enough to warrant mention, too, including some of our all-time favorites.

Special congratulations to MWI’s deputy director, Rick Montcalm, as the only author to have two articles appear on the list!

1. 13 Tips for New Lieutenants from the SOCOM Commander, by Gen. Tony Thomas

2. The Army’s New Physical Fitness Test Has One Really Big Problem. Here’s a Solution., by Zachary Griffiths and Andrew Ferreira

3. The Good and the Bad of the Army’s New Physical Fitness Test, by Rick Montcalm

4. The US Army is Wrong on Future War, by Nathan Jennings, Amos Fox, and Adam Taliaferro

5. WiFi Over Water: Misplaced Priorities in the American Way of War, by Travis Onischuk

6. War Books: The Five Books I Wish I Had Read as a Lieutenant, by Joe Byerly

7. Artillery in Tomorrow’s Wars: Maximizing the Power of the King of Battle, by Brandon Morgan

8. The Era of the Drone Swarm Is Coming, and We Need to Be Ready for It, by Zachary Kallenborn

9. A New Dependency: Our Addiction to Information and Approval are Killing Mission Command, by Rick Montcalm

10. The Pentagon Should Be Planning for an Occupation of Iran, Even Thought It’s a Nightmare Scenario, by Joe Karle

12. The Four Logistics Dilemmas Awaiting the Army on the Modern Battlefield, by Fred Brown

13. A Guide to the Islamic State’s Way of Urban Warfare, by Robert Postings

14. Why Militaries Must Destroy Cities to Save Them, by John Spencer

16. You Can Lead but Can You Plan? Time to Change the Way We Develop Junior Officers, by Ethan Olberding